Comparison Between Creole and Cajun Cuisine for a Curious Foodie

An outsider can be forgiven for using the words ‘Creole’ and ‘Cajun’ interchangeably to refer to the cuisine of Louisiana. And who can blame him? Several restaurants serving generic Southern food often commit the same blunder.

In their defense, Creole and Cajun cuisine do have a lot of similarities to share, especially in these modern times. But their history and origins are starkly different―which are only revealed to the ones on the lookout for absolute authenticity.

Shared aspects of local culture have equally influenced Creole and Cajun styles, bringing them closer than they ever were. Therefore, to gain a better understanding of the differences between the two, one needs to delve into their cultural history.

Who are the Cajuns?

The Cajun people are French Acadians in origin―they came to Louisiana after being expelled from Nova Scotia and New Brunswick by the British, for holding on to their Catholic faith. The Acadians really took to the culture of Louisiana, with its strong French background and Catholic heritage. They eventually became known as Cajuns, developing their own distinct cuisine in the swamps and prairies of southwestern Louisiana, giving it an earthy and rustic touch.

What about the Creoles?

The term ‘creole’ has its origins in Portuguese, referring to ‘born on the continent’. Thus Creole alludes to French ancestry mixed with Spanish and/or African and/or American Indian; these were urban Europeans who settled in New Orleans. Creoles were a moneyed lot, which meant that they had easy access to the classiest of ingredients, and expert chefs to make use of them. Thus, their cuisine was far more refined and sophisticated.

Traditional Cajun cuisine had an assortment of pork dishes; and owing to their limited resources, they learned to make use of every part of the animal. They also made efficient use of locally-available game, fish, and grains in their food.

Creoles incorporated locally-available seafood into their cuisine, which included snapper, shellfish, oysters, crabs, and pompano, along with native meats and game.

Cajun cooking is known for its generous dose of seasonings, which doesn’t necessarily translate to ‘spicy’. Yes, they do use a lot of cayenne pepper in their food, but the hotness in their dishes is attributed to the use of garlic, onion, celery, and bell pepper as a base. Paprika, thyme, parsley, and green onions are other common ingredients in Cajun kitchens.

Creole cuisine is generously flavored, but not in the same manner as Cajuns. For once, they make use of black and red peppers, allspice, garlic, and file spice instead of cayenne pepper. Another striking aspect is the frequent use of tomatoes and okra―both of which are not commonly found in Cajun cooking.

Cajun is often referred to as rustic, country-style cooking. They didn’t have much access to fancy ingredients or resources in the earlier days, which meant that theirs was a simpler and basic approach to cooking; making the best out of whatever was available.

Creole was a more refined, urbanized style; everything was fancier, be it the ingredients or the cooking styles. Creole cuisine made ample use of butter, and specialized in dishes that could only be slow-cooked, and were more laborious.

Then it’s the roux

Roux is a base used to thicken gravies and soups in Creole and Cajun cooking. The Cajun style makes use of flour and vegetable oil, cooking the mixture until it is thicker and darker.

The Creole style of making roux involves the use of flour and butter. And, with the use of butter, it isn’t cooked for too long, giving the Creole roux a lighter consistency as well as color. 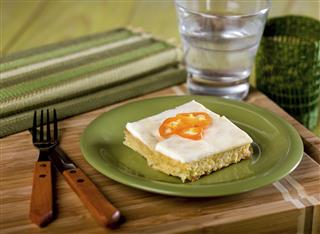 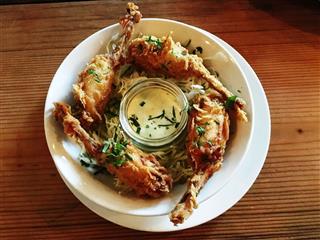 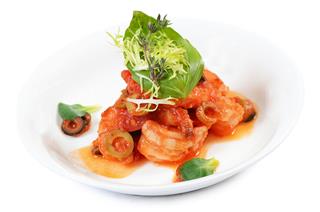