Top 11 Irish Drinks You Must Try

Ireland is famous for many exotic drinks that deserve a taste from people all over, especially if there is a trip already on the cards. This Tastessence article helps you to choose some of the great drinks you shouldn't miss.

Ireland is famous for many exotic drinks that deserve a taste from people all over, especially if there is a trip already on the cards. This Tastessence article helps you to choose some of the great drinks you shouldn’t miss.

From tea to toddy, Ireland is swarming with many types of drinks, which are alcoholic and non-alcoholic too. It boasts the most exotic coffee, and also has great stout beer and whiskey that demand world attention. There are some of the drinks that are appealing to the eye, owing to the brilliant colors they have.

There are other drinks that were invented in Ireland, and have moved on to be cherished for ages to come. Ireland is famous not only for its alcoholic beverages like the Irish whiskey and Guinness, but also well-known for the non-alcoholic ones (for those who don’t drink). Let’s take a ‘taste tour’ of some of the drinks that you should try.

According to one of the reports published in 2011, scientists have unanimously declared that the Guinness doesn’t taste better anywhere else than it does in Ireland. One important factor to bear in mind while serving alcohol is the way it is served. Many have remarked that this Irish beer is best served on its own land where the right gesture is maintained, by serving it in the right glass and at the right temperature. Arthur Guinness is credited with the founding of this drink, when he started brewing beer in St. James Gate, Dublin. It finds its place in all the social occasions, amongst all classes of people. It is recognized by its dark color, and is made out of hops, barley, and yeast, not to forget water! The froth is obtained from nitrogen gas.

A honey-water combo is one of the most early drinks ever known. It was also enjoyed by priests and kings. It is one of the richest types of wine. It is, in all, a honey wine made by fermenting honey. There are several versions of it, where other ingredients like raisins, spices, and even fruits are added. The sweetness of the drink can be altered by varying the content of honey in the drink. It is a key beverage, and has found its way into the celebration of St. Patty’s Day, and even in weddings. You can bask in the sweet taste of mead, either chilled or warm. This drink found a place amongst the Islamic nations, who were barred from alcohol consumption. One important point of consideration is the degree of fermentation. Like they say, “old is gold”; so the longer your mead is stored, the richer it becomes in taste.

Just as the name sounds interesting, so are the ingredients used in the drink. It is, for sure, an alcoholic drink that has been adulterated with fruit flavors. It contains roughly the same amount of alcohol, as would be founded in beer. It was introduced in Ireland around two decades back, and various versions of the drink are found in other countries as well, under different names and differences in the contents. This was perhaps introduced targeting the teens and the underage, but in the present times, it is to be consumed only after the legal age of drinking.

If you are among those who like the taste of lemon, you would be glad to sip in a glass of red lemonade. Surprised? Don’t be. If you are in Ireland, and want some lemony drink, go for some with a little color in it. You can still find this fizzy lemon drink in white, yellow, or even brown. Brown lemonade is more popular in the northern part of the country. Like the red, brown lemonade is also a specialty of Ireland. It is also used as a mixer in whiskey. 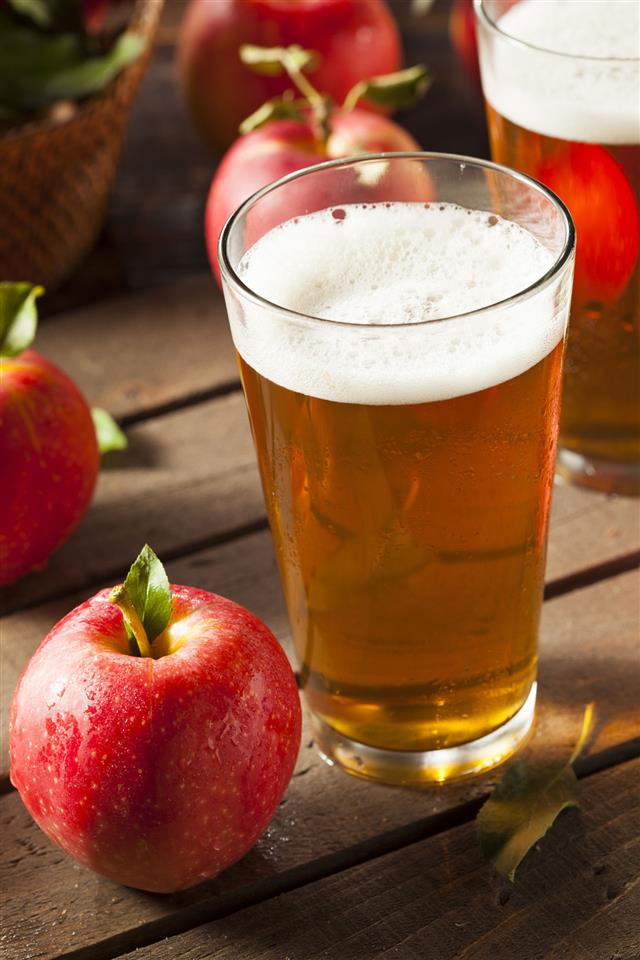 Cider is also an alcoholic drink, but just like beer, it is low in alcohol content. It is made by the process of fermentation of fruit juices. However, the alcohol content in cider may be altered, making it more alcoholic than beer, sometimes. It is made by fermenting apples. The drink is refreshing, and hence, it is ideal during the hot summer months. It is claimed by many manufacturers of cider that there are no artificial sweeteners and colors added to the drink. It is purely the goodness of apples that makes it a craze for many.

Is it a cold that is giving you sleepless nights and a sore throat? Don’t worry, is what we would say very confidently. You will soon get relief if you consume a glass of hot Irish whiskey. Yes, this drink has been in use for ages, and is known only because of its many health benefits. The ingredients are a sparkling mix of a bottle of genuine Irish whiskey, some cloves, honey, and a lemon (halved). The resultant mixture is the “cure” for the wrecking headache and a flowing nose. This is a refreshing drink, and can be enjoyed even in the absence of any sign of cold or flu. It is also known as Hot Toddy (image given below), which belongs to Scotland.

Sometimes, iconic dishes are discovered by accidents and coincidence, or merely by fluke! Such was the fate of Irish coffee, which was introduced by a simple act of generosity. The ordinary coffee was mixed with a little whiskey, which not only made the tired passengers agile, but the drink went on to become world-famous. The taste was further made superior by adding whipped cream on top. This would make it an unusual combination of the “cold and hot” served together in a cup.

Wondering what is so special about Irish cream? Well, since it’s Irish, the difference ought to be there. This is a rich mix of cream, whiskey, and sugar. It is sometimes consumed alone, and sometimes it is combined with other things like coffee, other drinks, and even used in ice creams. Because of its high popularity, this drink is manufactured by many big companies of the land.

Irish tea is more of the black tea. Assam tea is more often used in tea preparation, rather than other types. The Irish are one of the most ardent lovers of tea. In fact, tea isn’t restricted to only breakfast or evening time. It is, in fact, consumed several times throughout the day. It is not only served with milk, but also with lemons and sugar.

The color of the drink makes it ideal for St. Patrick’s Day celebration. It is drink that can kick-start your celebrations. You can, however, also have it even without a call for festivity. The ingredients include mint syrup, peppermint extract, cream, sugar, vanilla ice cream, and of course, milk.

These are some other interesting traditional drinks from Ireland, which you must try sometime. Knowing about the Irish food will be incomplete if you miss tasting some authentic traditional Irish cuisine. In today’s context, chefs from all over the world are set to create fusion with other dishes from the rest of the world in order to come up with something that sets a benchmark of excellence in itself. Try making some of your own, and relish it to your heart’s content.