Talking of alcoholic drinks, if whisky is your coveted poison and if it is scotch that steals your heart, here are some of the best scotch brands, the names of which germinate a feeling of inexplicable fondness in the hearts of scotch enthusiasts...

Talking of alcoholic drinks, if whisky is your coveted poison and if it is scotch that steals your heart, here are some of the best scotch brands, the names of which germinate a feeling of inexplicable fondness in the hearts of scotch enthusiasts…

The proper drinking of scotch whisky is more than indulgence: it is a toast to civilization, a tribute to the continuity of culture, a manifesto of man’s determination to use the resources of nature to refresh mind and body and enjoy to the full the senses with which he has been endowed.
~ David Daiches

Well, that explains it all! Adding anything else to this wonderful and metaphorically eloquent stand on the significance of whiskey as more than just an alcoholic paraphernalia of socialization and a crutch to emotional solitude would amount to the commitment of an unpardonable effrontery on my part! The first recorded mention of the distillation and consumption of scotch whisky has been found in the Exchequer Rolls of Scotland which date back to the year 1495! Presently, scotch whisky is commercially available in any of the three forms – single malt scotch, grain scotch, and blended scotch.

The following list enumerates some of the best brands that are highly regarded and reverently reckoned by patrons of scotch whisky all over the world! If you’ve just taken your first step towards experiencing the mellow joys of this liquid gold, this list is a must-read for you!

Almost all available commercial brands of scotch belong to any of the following three categories:-

Single Malt Scotch: This type of scotch is distilled from a single kind of malted grain, usually barley, and is manufactured by one distillery in particular. Such a distillery must be located in Scotland and the liquor has to be necessarily matured in oak casks for a minimum period of three years and a day!

Blended Scotch: As the name suggests, blended scotches are a blend of malt and grain scotches! Blended scotch whiskies are the major commercial grossers in the scotch whisky segment and constitute of over 90% of the scotch that Scotland produces every year!

The brands enlisted here are some of the best scotch around that are hailed for their taste, blend and smoothness. On a parting note, I would like to quote the poignantly brilliant ‘Whiskey Speech’ that was delivered in 1952 by the then Mississippi Senator, Noah S. Sweat, Jr. while addressing the debate over whether or not to legalize alcohol:

If you mean whiskey, the devil’s brew, the poison scourge, the bloody monster that defiles innocence, dethrones reason, destroys the home, creates misery and poverty, yea, literally takes the bread from the mouths of little children; if you mean that evil drink that topples Christian men and women from the pinnacles of righteous and gracious living into the bottomless pits of degradation, shame, despair, helplessness, and hopelessness, then, my friend, I am opposed to it with every fiber of my being.

However, if by whiskey you mean the oil of conversation, the philosophic wine, the elixir of life, the ale that is consumed when good fellows get together, that puts a song in their hearts and the warm glow of contentment in their eyes; if you mean Christmas cheer, the stimulating sip that puts a little spring in the step of an elderly gentleman on a frosty morning; if you mean that drink that enables man to magnify his joy, and to forget life’s great tragedies and heartbreaks and sorrow; if you mean that drink the sale of which pours into our treasuries untold millions of dollars each year, that provides tender care for our little crippled children, our blind, our deaf, our dumb, our pitifully aged and infirm, to build the finest highways, hospitals, universities, and community colleges in this nation, then my friend, I am absolutely, unequivocally in favor of it. This is my position, and as always, I refuse to be compromised on matters of principle.

Could there have been a better conclusion to this article than the above tribute to whiskey? I don’t think so! 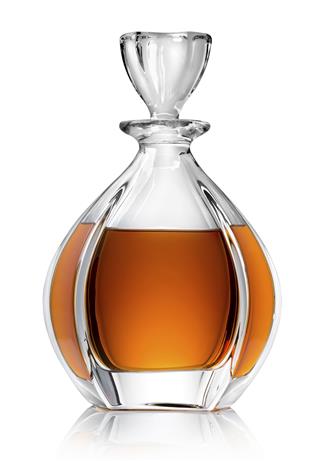