The Ultimate Face-off: Arrowroot Vs. Cornstarch

Although both arrowroot and cornstarch are used as a thickening agents, cornstarch tends to leave behind a peculiar taste of its own to a dish. As for the more neutral tasting arrowroot hardly adds flavor to any of the food and is thus preferred in most of the dishes.

Although both arrowroot and cornstarch are used as a thickening agents, cornstarch tends to leave behind a peculiar taste of its own to a dish. As for the more neutral tasting arrowroot hardly adds flavor to any of the food and is thus preferred in most of the dishes.

Arrowroot is a popular edible starch, derived from the roots of the West Indian plant known as arrowroot or Maranta Arundinacea. It is so called because it was traditionally used to treat wounds caused by poison arrows. It contained medicinal properties as well as cooking agent. It’s also a popular substitute for cornstarch. Arrowroot is a white powder that is similar in appearance to cornstarch. There are several benefits as well as drawbacks of using arrowroot vs. cornstarch.

How to Use Arrowroot Instead of Cornstarch

To use arrowroot powder as a cornstarch substitute, prepare it in the following manner.

Benefits of Using Arrowroot Vs. Cornstarch

– Cornstarch is known for a peculiar flavor, arrowroot flour is relatively neutral in flavor and tasteless. It is a particularly good thickening agent for dishes that have delicate flavors.
– It mixes well with liquids at a lower temperature, unlike cornstarch, and can be cooked for longer periods. It also has the capacity to tolerate ingredients that are acidic in nature, so it can be used to prepare a delicious hot and sour oriental sauce.

– If you make a sauce with arrowroot, you can easily freeze it and thaw it, without creating a mess.
– The use of arrowroot as a thickening agent is ideal for vegetarians, as its ability to thicken into jelly makes it the perfect gelatin substitute.
– It gives a beautiful glaze to desserts. On the other hand, cornstarch tends to make sauces appear cloudy. Also, when used to prepare ice creams, it prevents the formation of ice crystals.

Drawbacks of Using Arrowroot Vs. Cornstarch

– If you are preparing a sauce that is dairy based, using arrowroot instead of cornstarch is not a great idea. This is because the sauce with dairy products turns slimy when arrowroot is used.
– Arrowroot flour has the ability to create a beautiful, glossy appearance, that works great when used for desserts. However, the negative aspect is that if it is used for a meat sauce, it gives it an unreal glaze, and perhaps a distasteful appearance.

– Arrowroot does not take to overheating well, and this can affect its thickening properties. To use arrowroot while cooking at high temperatures, first mix it with an equal amount of cool liquid. Then pour this liquid into the hot sauce and let it blend only for 30 seconds.
– Research has shown that arrowroot is often adulterated with potato starch that affects all its benefits.
With all its benefits, you should know that the price of arrowroot powder vs. cornstarch is higher.

Now, the use of arrowroot as against cornstarch completely depends on the recipe you are preparing. It is up to you to decide where it is going to be suited better, and how it will affect the ultimate outcome. 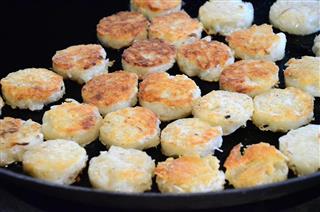 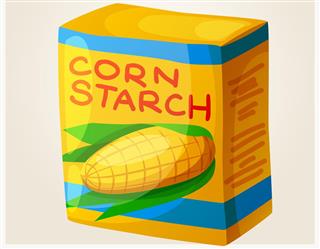