If you have run out of ricotta cheese while making something like lasagna, there's no need to get flustered. Here are many suitable alternatives for ricotta, many of which you can find right on the shelves in your kitchen, or can even make in a jiffy.

If you have run out of ricotta cheese while making something like lasagna, there’s no need to get flustered. Here are many suitable alternatives for ricotta, many of which you can find right on the shelves in your kitchen, or can even make in a jiffy. 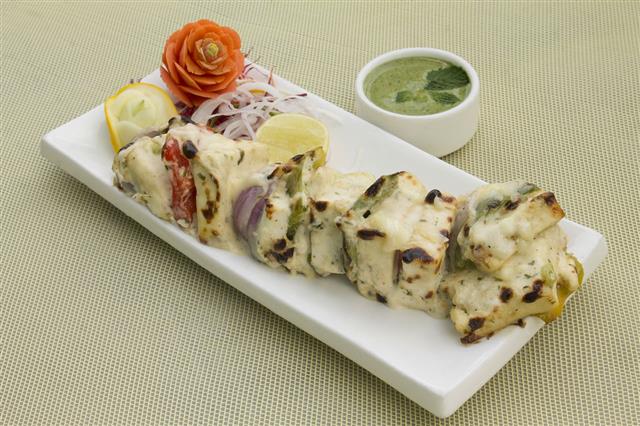 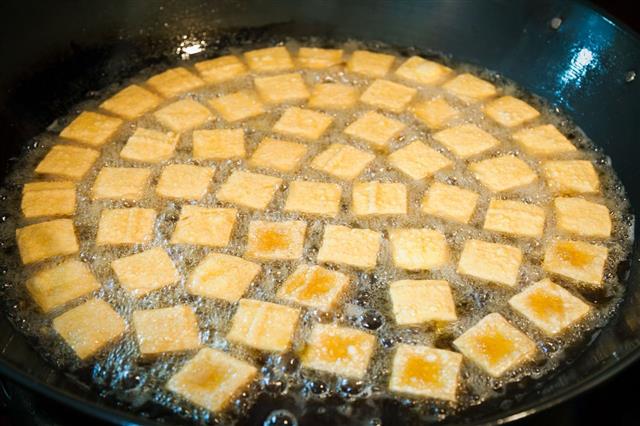 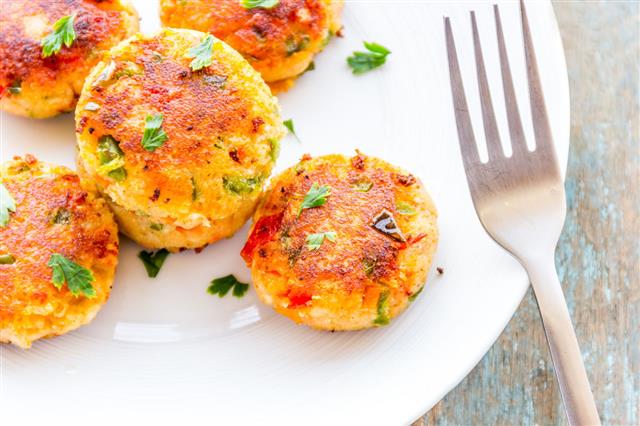 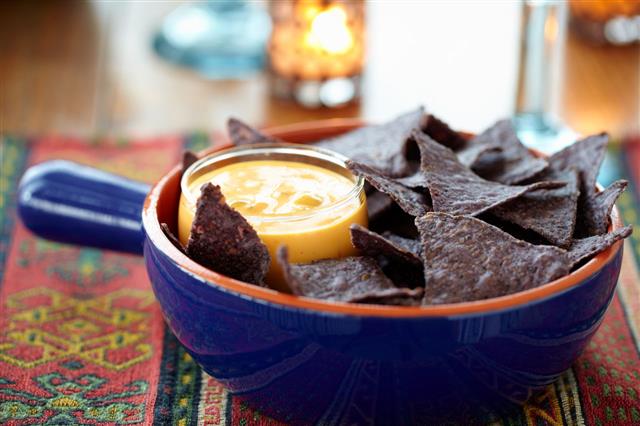 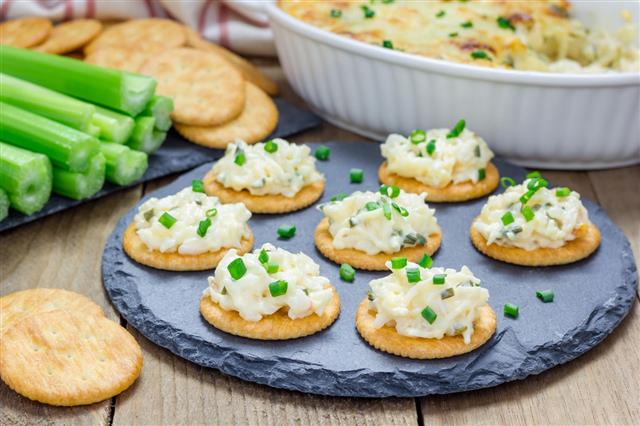 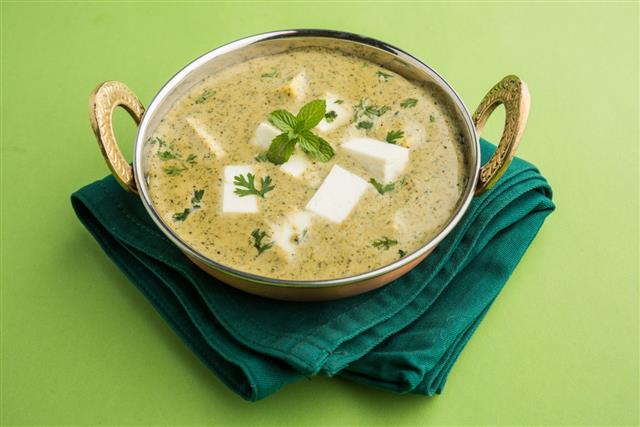 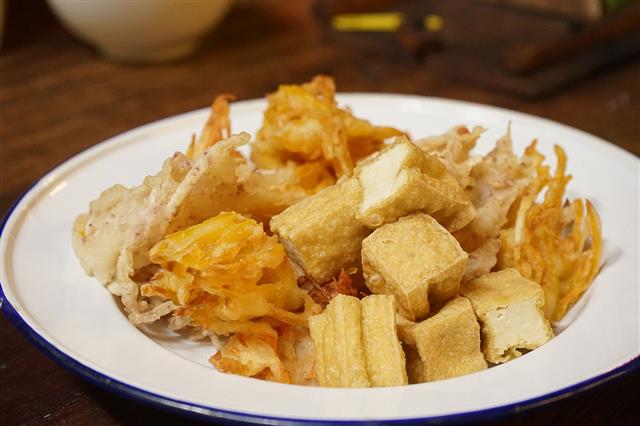 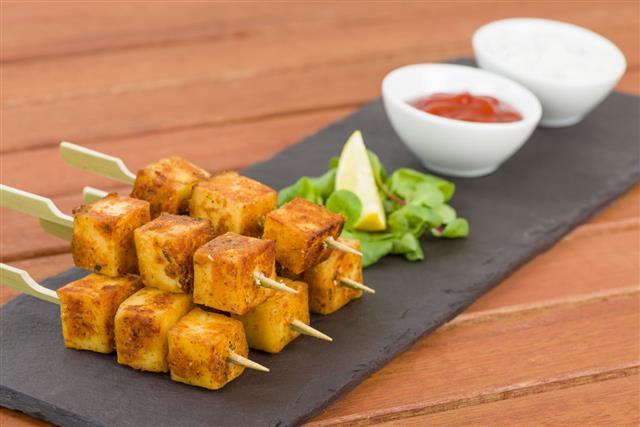 Fact of the Matter

You help the environment every time you make ricotta cheese. Ricotta is prepared from a leftover of cheese-making called whey, which would otherwise have been harmful to the environment if disposed into the sewers.

Ricotta cheese is an Italian fresh cheese, with a rich, creamy, slightly-sweet flavor, and grainy texture. It is prepared by cooking the whey remaining after making cheese, followed by curdling, thus earning the name ‘Ricotta’, which means ‘recooked’ in Latin. It has a number of uses, like making pastas, including lasagna, for desserts like cheesecakes and cannoli, making dips, Stromboli, pizzas, besides many others.

Now if ricotta cheese is so important, it may come in handy to keep in mind its various suitable substitutes. So here are all those substitutes that you can use, and importantly, most are those that you can lay your hands on easily.

Cottage cheese has a mild taste, similar to ricotta cheese. However, it is less creamier than ricotta in consistency. Cottage is low in fat and calories, hence, it is a healthy alternative to ricotta. It is available in small-curd and large-curd forms, though small-curd has more resemblance to ricotta.

Cottage cheese is a good replacement for ricotta in preparing cheese filling for lasagna and other mild-flavored dishes. High-quality cottage cheese is similar to ricotta, though it requires a little blending to achieve the same consistency. While ricotta has a fine-grained consistency, cottage cheese is lumpier. This cheese is prepared using the curd component of milk, whereas, ricotta cheese is made using the whey part. It is runnier than ricotta. Both can be used in place of the other in various recipes. Cottage cheese should be sieved before use as an alternative for ricotta, to drain out the excess whey.

This is an expensive, buttery, tasty, fresh cheese, with the consistency of yogurt, and is rare to find. It is used as a topping for desserts, and is a low-fat substitute for ricotta cheese. It has a slightly sweet to mild to slightly tangy flavor, and is good for use as a cheese spread.

The name fromage blanc means ‘white cheese’ in French. It can be substituted for cream cheese, and is also eaten with fruits. It is used in cooking, as it doesn’t become runny on heating, and it can also be whipped before use. This cheese can be used in preparing sauces, with herbs, spices, and even with main courses.

Clabber cream is prepared by allowing milk to go sour. Earlier, it was prepared using unpasteurized milk, but it can be made using pasteurized milk as well. This cheese serves as a good replacement for ricotta cheese in pasta fillings.

When making clabber cream from pasteurized milk, a few spoonfuls of buttermilk, sour milk, or commercial clabber cream is added to milk. It is a yellow-colored, slightly sour product, comparable in consistency with ricotta cheese. Clabber cream is also called clotted cream, and is used as toppings for scones.

This is a good substitute for ricotta cheese. Sour cream is formed with the fermentation of natural cream by lactic acid bacteria, called souring. Sour cream is a suitable replacement for ricotta when making dips for vegetables, crackers, and potato chips.

One can add herbs, spices, and so on, to flavor the cream. It is also used as a topping for making cookies, cakes, baked potatoes, and as a filling.

Tofu is produced by coagulating soy milk and then pressing the curds into blocks. Silken tofu, which is a great substitute for ricotta cheese, is prepared by coagulating soy milk, without curdling it. Silken tofu has the same consistency as ricotta, while ordinary tofu is much more denser and tougher. Tofu is used in place of ricotta generally after addition of spices and/or herbs. It is a popular choice among vegans, who do not want dairy-based foods in their diet, and also for people allergic to milk-based products.

Before using tofu as a substitute, it may be necessary to press it to drain out any excess water, and blend it to match its consistency with ricotta. One can add the same spices or herbs that go with ricotta. Tofu can used as a filling in lasagna and in other pasta dishes, in place of ricotta. Even for baking purposes and for making ravioli, manicotti, and cannoli, ricotta can be substituted by tofu. The egg-like flavor of tofu is removed when it is used for baking. It is much higher in protein and lower in fat and cholesterol, as compared to cheese.

Buttermilk cheese is a good substitute for ricotta as a pasta filling. It can also be used in cheesecakes. This cheese is generally not available in convenient stores, but can be easily prepared at home.

To make this cheese, pour some buttermilk into a colander lined with several folds of cheesecloth. Place the colander in a large container, and allow the liquid to drain, preferably in a refrigerator, until it attains the desired cheese-like consistency. This cheese can also be used as a spread, and the consistency can be modified by either pressing the curd or by retaining some whey. Buttermilk cheese has a mild, acidic, and creamy flavor.

Fresh goat cheese should be used as a ricotta substitute, and not aged goat cheese. Aged cheese is much tougher in consistency, and has a stronger flavor than ricotta. Fresh goat cheese, on the other hand, is richer and creamier, with a mild, though slightly tart flavor.

Goat cheese can be an alternative to ricotta in recipes where it is to be used fresh, like over fresh fruit and dessert toppings. Goat cheese should be used in the same amount as ricotta. It is also similar in consistency to fromage blanc. In fact, goat cheese is a great choice for those who cannot consume cow milk ricotta because of their sensitivity to cow milk.

Pot cheese is high in proteins and low in fat and salt. It may be hard to find in stores, but can be prepared at home. It is a mild-flavored, lightly creamy cheese, that may spoil fast. It can be used in spreads, and can be flavored by adding herbs or spices, thus making it extremely versatile.

This is a Mexican fresh cheese, with a mild, salty, and milky flavor. It is dry, grainy, breakable, and can be grated or crumbled over dishes like enchiladas, soups, casseroles, or used as chile stuffing. It can also be sliced, and it softens when heated without becoming runny.

This type is available in Mexican food stores. It can be substituted for ricotta in dishes that require fresh cheese, like fruit toppings with honey and fillings. It is higher in calories, fat, sodium, and proteins, as compared to ricotta.

Requesón is a yellowish-white, lumpy, and creamy, Mexican fresh cheese, that is similar to ricotta. It is prepared by adding milk to leftover whey. The mixture is heated, skimmed, and left to drain in baskets. Thus, it is called ‘The Hispanic equivalent of ricotta cheese’.

This cheese has a mild to strong salty flavor, and is used as a filling for tacos or over bolillos, tostadas, and is served besides beans. It can be salted or sweetened, depending on the use. Requesón can be used as a substitute for ricotta in dips and desserts.

Mascarpone is another Italian cheese, prepared using cream that has been coagulated by citric, acetic, or tartaric acid. It is a white-colored cheese, that finds application in desserts like tiramisu, and also in risottos and zabaglione.

This type has a slightly tart flavor, unlike the mildness of ricotta. For this reason, it is advisable to use mascarpone as a substitute for ricotta only in strongly-flavored dishes like those requiring the use of garlic. It can also serve as an alternative for ricotta in cannoli. Mascarpone is denser than ricotta, and may need blending to match its consistency. However, mascarpone is much higher in fat, and may be hard to find in certain locations.

Cream cheese is a good substitute for ricotta due to the similar soft, creamy texture of both. The only difference is, cream cheese is higher in fat than ricotta. Ricotta is made with milk alone, while cream cheese is made from both cream and milk.

Cream cheese is a fresh, soft, mellow cheese, that is famous in America. This cheese can be used in place of ricotta while making cheesecakes and in lasagna. Cream cheese is used for making desserts, dips, and for spreads over bagels and nut breads. It is available in low-fat and non-fat versions, but the flavor of such cheese will differ when used in cheesecakes.

Paneer is an Indian-origin cheese, made by heating cow or buffalo milk, and then adding acids like lemon juice. It is a fresh, mild tasting cheese, that does not melt. One difference between paneer and ricotta is that the preparation of paneer requires a higher temperature (200 degrees) than ricotta (185 degrees). Both are very similar if made from cow milk.

This variety is generally used with spinach and peas in Indian dishes. Paneer is a good vegan choice, since it does not require the addition of the enzyme rennet. It can be used for stuffing, curries, marination, grilling, and also in desserts.

One thing to keep in mind while choosing a substitute is that the cheese must match the consistency and flavor of ricotta. Some of the substitutes mentioned above are tougher than ricotta, and they need to be blended to make them smoother. If required, the flavor of the cheese can be modified by adding herbs or spices to attain the effect of ricotta cheese in that particular recipe. Other ingredients like yogurt can be added to the alternative cheese to alter its flavor and smoothness. 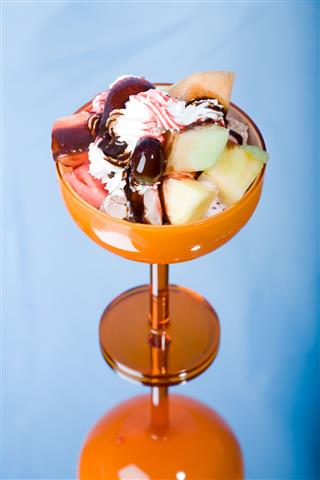 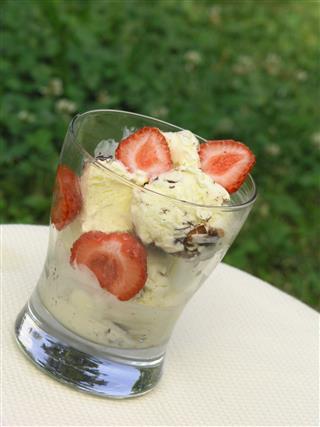 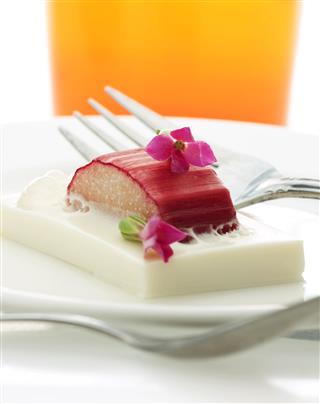 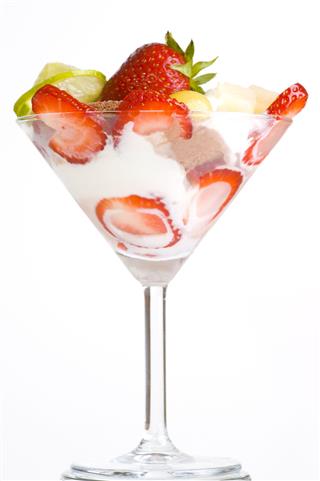 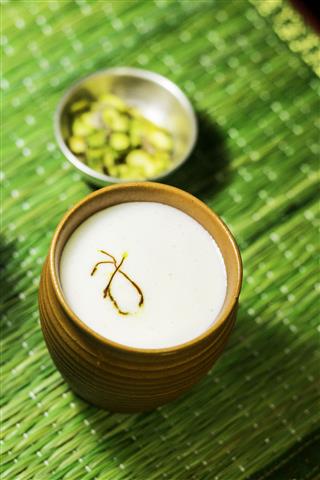 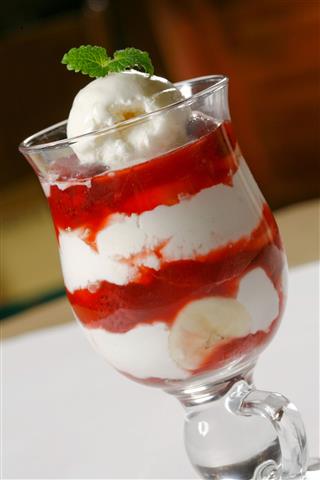 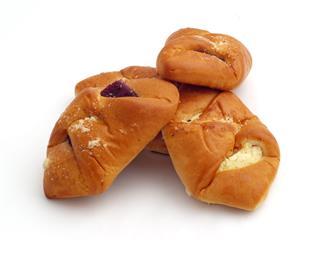 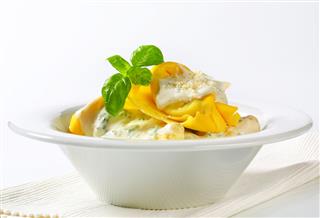 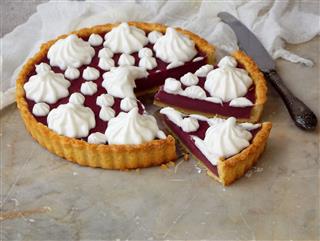 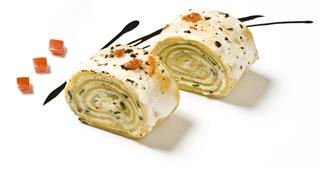 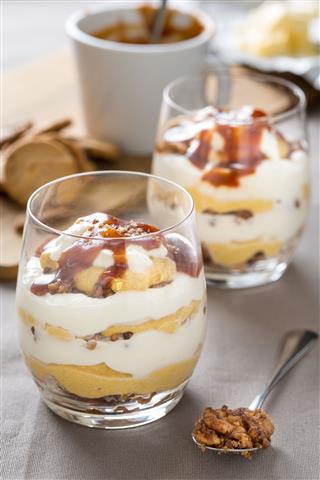