There are so many varieties of cheese that have been developed over time using differing procedures, that it is not difficult at all to substitute one for another, once the taste, flavor, aroma, and texture are known. Tastessence endeavors to give you some of the substitutes for Fontina cheese.

There are so many varieties of cheese that have been developed over time using differing procedures, that it is not difficult at all to substitute one for another, once the taste, flavor, aroma, and texture are known. Tastessence endeavors to give you some of the substitutes for Fontina cheese. 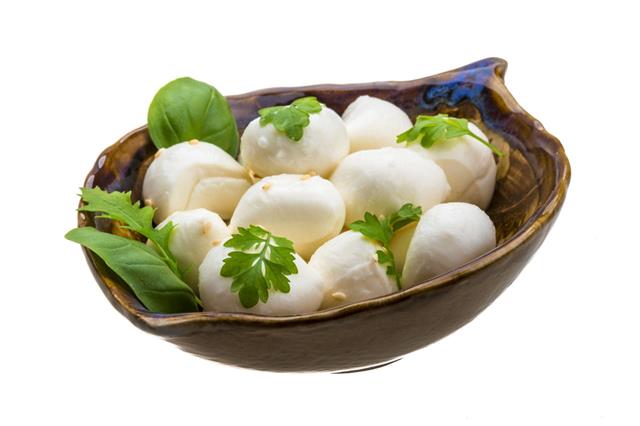 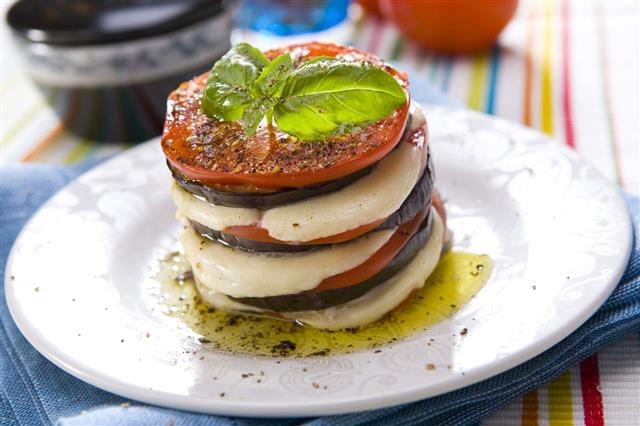 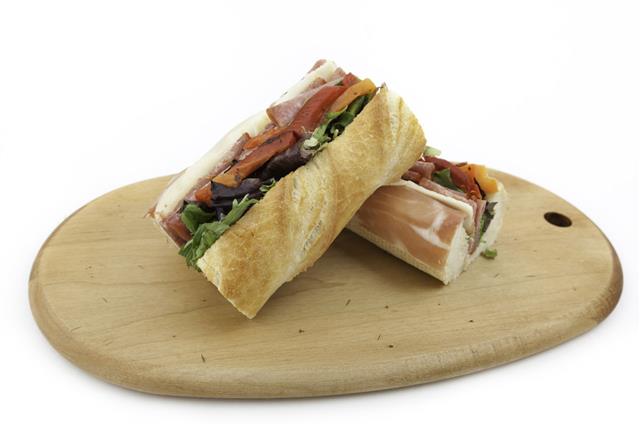 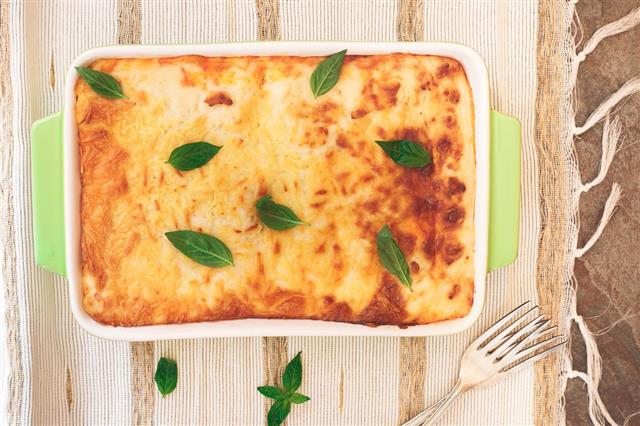 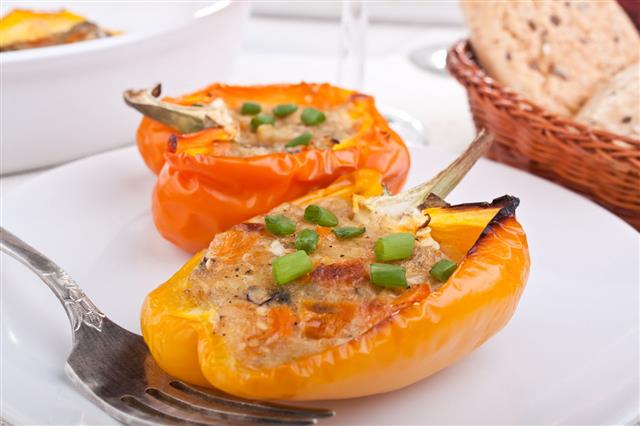 The European Union has conferred the status of Designation of Origin to the Italian Fontina cheese, which is required to be made only from the milk of the cows of Aosta Valley. Similar cheese which has not been made from the specified milk will not be granted as authentic.

Fontina cheese is a raw milk cheese which hails from the Aosta Valley of Italy. These French-speaking dwellers have been producing this semi-soft cheese since the 12th century. There is a signature taste and texture to Italian Fontina cheese. The cheese is distinctly known by its creamy, nutty, and tart taste that it imparts to the food it’s added to. It also has a unique aroma, often labeled as pungent by many. Over time other varieties of Fontina have thronged the market, but the Italian Fontina is set high on authenticity and genuineness. Other varieties include the Sweden and Denmark Fontina, which differ from the Italian one in their rind, taste, and texture. There are many occasions when this variety of cheese is substituted in many dishes, where the recipe calls for Fontina cheese. This article lists down some of the probable alternatives to it.

Unavailability: Fontina cheese is sometimes unavailable in many places, thereby people have to look for its alternatives.
Smell: Many people are intolerant to its smell, which intensifies with aging. Hence they look for Fontina cheese substitutes.
Nutritional value: It’s high on calories.

Some Substitutes for Fontina Val d’Aosta

Cooking is fun, but at the same time, it’s complex. At times, you can make bizarre combinations with contrasting ingredients, and still succeed in making lip-smacking treats. At other times, you take all pains to assemble and use the right ingredients in the right proportions and end up with devastating results. However, like many processes, cooking too is a never-ending process of learning and improvising. On this note, let us find out some quick and easy substitutes for Fontina cheese.

This cheese is one of the closest substitutes of Fontina. It has its place of origin in the Swiss village of Gruyère. Like Fontina, it’s manufactured from raw, unpasteurized cow’s milk. It has a yellow color, which makes food rich. It also has a dense texture, and nutty taste similar to that of Fontina.

Foods used in: Well, the list of foods is endless where you can use mozzarella desirably, in shredded or grated form. You can also use smoked version of it, called Mozzarella affumicata. You can use it in salads, soups, pizzas, meat, lasagna, sandwiches.

This cheese type is Italian in origin, and is one of the costliest. It was originally made from milk, obtained from the water buffaloes, of the region, though it is now manufactured from the readily available cow’s milk. This cheese, unlike other cheese cannot be aged. It is also known as ‘string cheese’, owing to the fashion of making it.

Foods used in: Wines, soups, sauces are definitely going to taste better when coupled with gouda. It could be melted, cubed, grated, or sliced. You can never go wrong with this semi-hard cheese. Add it as you want on sandwiches, pastas, macaroni, salads, fondue, and vegetables. Like Fontina, it is also EU protected.

Gouda in actuality is a place in Netherlands, which has brought to the world, one of the most superior-tasting cheese variety, Gouda. It is certainly not an overstatement to say that, it is one of the most highly consumed cheese. It is obtained from cow’s milk, though goat and sheep milk are also popular choices. It can be made from both pasteurized as well as unpasteurized milk.

Foods used in: It is used in the preparation of meat-based food like ham, bacon, and chicken. It is also used in making sandwiches, pizzas, breads like garlic bread.

The reasons to substitute Fontina cheese with this Italy-based cheese is because of its similarities on fat content, taste, and smell. Like Fontina, Taleggio too is high on fat content. It has 48% fat, while Fontina has 45%. It also has a tangy taste, and a strong distinctive smell, just like Fontina.

Foods used in: It is used with various fruits and also wines. It is also used in pizzas, fondues, fillings, desserts.

Well, it is yet another piece of cheese Italy can boast of, and one you can substitute Fontina cheese with. It is soft and melts easily. It has a lingering taste and smell of milk. Interestingly, it was invented with a vision to pose a competition to the Alpine cheese from France. It can be easily melted and used in many foods which require thick texture. It can also be used in slices. It is semi-soft, and made from cow’s milk. It certainly is quite a popular cheese variety.

Foods used in: It is used extensively in fruits and wines. It is used in making pastas, macaronis, sandwiches, it is also mixed with many different herbs and spices, and also to make spices and condiments. It is also famous as a dessert cheese. It is at its best when used at room temperature. You can also savor on the tasty tuna and salsa with this.

In short, this particular cheese form is rich and creamy, which melts away to induce a feeling of heavenly taste in our taste buds. It is also available in a different form called creamy Havarti. Like Fontina it is also used as a table cheese. It originated in Denmark.

Foods used in: It is known for enhancing the taste of several types of sauces, grilled sandwiches. Since it is nutty, it is also used as a snack with fruits and fondue. It is also safe to be used in soups. It is also great to be grated over veggies.

More popularly known as Swiss cheese. It also has a strong odor, quite pungent at times. It is hard cheese type. It is made from unpasteurized cow’s milk. The flavor is acidic and quite fruity in taste. It is also characterized with being infested with big holes. But it is prized, and is considered to be one of the most difficult to make cheese.

Foods used in: Well, it is extremely popular with pizzas, pasta, spaghetti, salads, sandwiches, steamed vegetables. It is also not very high on sodium content. You can also grate it smoothly over soups and risottos. You can also have it as a snack on a leisurely evening.

This is a kind of hard cheese and is also an Italian production. It is thick, dense, and nutty, therefore could be easily used instead of Fontina. Its color is a shade of light brown or hay-colored. It is a kind of grating cheese. It is also a PDO i.e, cheese of Protected Designation of Origin.

Foods used in: Pastas and soups are some of the most common dishes where it is used. It is also aptly used in salad dressings. It goes well with pasta dishes such as manicotti shells. It is excellent in making specific sauce recipes as well.

It is also one of the tangy-tasting Italian cheese, and thus a right replacement for Fontina. It comes in many different shapes. The pear shape is the most common one to be seen. It also has a light yellow color to it. Depending on its hardness, it could be used both as a cooking cheese option or even a grating cheese.

Foods used in: It is highly recommended for fondue, pastas, and macaroni, the most common and famous is the Three-cheese Fondue.

Like Emmental, Appenzeller is also a Swiss cheese. These are not gigantic in size and are available in medium-sized chunks. It is a semi-hard cheese variety. The color is close to pale yellow to straw yellow. It also has holes on it, a Swiss cheese quality indeed! It is denoted for its spicy taste. The more it is aged, the spicier it turns. It is made from unpasteurized milk.

Foods used in: Great for making sandwiches and pizzas. It is perfect in making appetizers, casseroles, and various kinds of breads. It is also accompanied with other types of comfort foods. It is also used in desserts and dips.

It is a renowned English cheese, and also one of the highest produced cheese. It has traveled across the globe and was introduced in various countries. The more it is ripened, the intense it becomes in taste. It is made from both skimmed milk and whole milk, thus producing different colors. It owes its name to one of the processes in cheese making, called cheddaring. It is made from pasteurized cow’s milk.

Foods used in: It is a good accompaniment for fruits and also used in fruit salads. It goes well with breads and certain meaty foods. Many also use it in desserts and wines. It becomes irresistible when it is used in melted form in pastas and crepes. Sauces and soups simply taste better after adding Edam.

Edam cheese is a semi-hard cheese. It belongs to the Netherlands. It is pale yellow in color. With time, if kept unused, it ages and hardens. Therefore it is a favorite among the frequent travelers. It is quite mild in taste. It is also quite nutty in flavor. It is valued for its low fat content, thus a good substitute for Fontina, which is high on fats.

Cheese is a source of fat, but it is also palatable and rich in nutrients. The quantity to use is subject to our discretion according to our desire. It is known by most of us that ‘excess of anything is harmful’, so why just blame it on cheese to have detrimental effects on our health. It is always good to eat everything in justified quantities. Therefore, don’t hesitate to be cheesy when it comes to food. 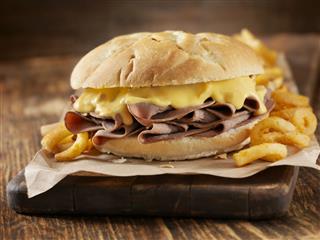 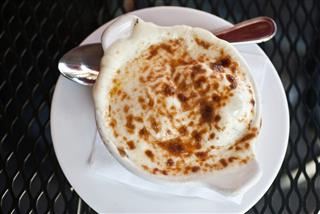 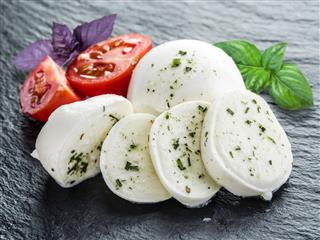 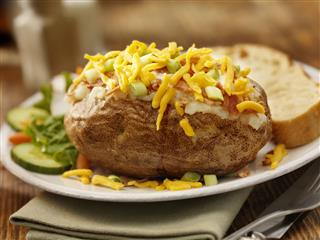