Detecting spoiled wine is a far easier task than understanding good wine. There are just a few things that you need to keep in mind to spot spoiled wine, and Tastessence lists them all.

Detecting spoiled wine is a far easier task than understanding good wine. There are just a few things that you need to keep in mind to spot spoiled wine, and Tastessence lists them all. 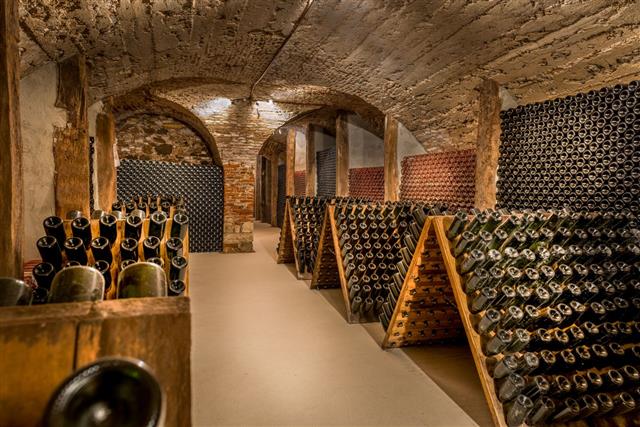 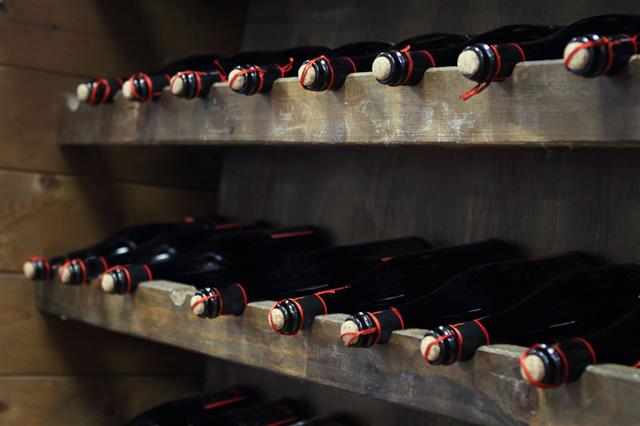 Don’t cry over spoiled milk….
…it could’ve been wine!!!

The thing with wines is that you just don’t open-pour-gulp it. Unless of course, the situation demands it. At all other times, you uncork it first, listen to it ‘pop’. Then you reach for the fancy glass with a stem and all, or your Winnie the Pooh mug, whatever works for you. You pour it very gently, then swirl it around and take a deep sniff.

Aaarghh! What in the world’s rotten eggs was that?

A classic sign, dear reader, that your wine has died. Turned to mulch. Went down the drain. Pushing the daisies up. Thank the heavens for that awful stench, lest you would have consumed a liquid that tasted a lot like a matured blend of teriyaki sauce and vinegar. And that’s your sign number two.

But before being paralyzed by indications such as these, there are a few ways to detect spoiled wine without having your senses assaulted, and then murdered. They are as follows…

How to Tell if Your Wine Has Gone Bad

The cork on the bottle of wine needs to look fit in. If you notice that the cork is slightly raised or popped out, it is an indication that the wine within has overheated, causing the cork to push outward. Now, this could also mean that the cork wasn’t fastened properly the previous time, but if you think you have this covered, it could only be an indication of spoiled wine.

Rely on Your Sight

The color of the wine will give you a fairly accurate report about its consumption status. Spoiled red wine will take on the appearance of a murky, brown liquid. A spoiled white will look yellow-hued and murky. Overoxidation is what causes the change in color, and spoils the wine.

Not in a bottle of bubbly, of course! Regular wine that bubbles as you pour it into a glass could be an indication of staleness. On the other hand, sparkling wine that doesn’t sparkle, has indeed gone flat, which in turn means that it has lost its punch.

Take in a Whiff

Good wine can intoxicate with its aroma alone. Bad wine does pretty much the same, but never in the same sense. Here’s what the stench of bad wine possibly reminds you of – wet dogs, sweaty clothes, musty basements, and the unmistakable teriyaki sauce and vinegar.

Wines contain traces of sulfur which prevents oxidation from occurring, and also keeps bacteria at bay. Any excess sulfur content, and the wine can end up tasting like, you guessed it, sulfur. So, watch out for wine that smells like matchsticks, as it is bound to have a raised sulfur content.

Tips to Make Your Wine Last

Wines are usually made to last, and vintage wines are considered precious. There are a few things, though, which you can do to keep your bottle from going under.

● As far as possible, store the bottle in a horizontal position.

● Refrigerate it if you must, but a wine cooler would be perfect.

● Keep it away from heat; for instance, storing wine in a cabinet close to the stove or oven is a bad idea.

Proper storage of wines isn’t too difficult, as is clear. But of course, the best way to keep a wine from getting spoiled is to drink it soon enough. On that note, let’s raise a toast to that happy thought!