5 Basic Differences Between Sashimi and Sushi Everyone Should Know

Sashimi and Sushi are delicious Japanese delicacies that you must try at least once. But before you try them , you need to know the difference between Sushi and Sashimi so that you can enjoy them better.

Sashimi and Sushi are delicious Japanese delicacies that you must try at least once. But before you try them , you need to know the difference between Sushi and Sashimi so that you can enjoy them better. 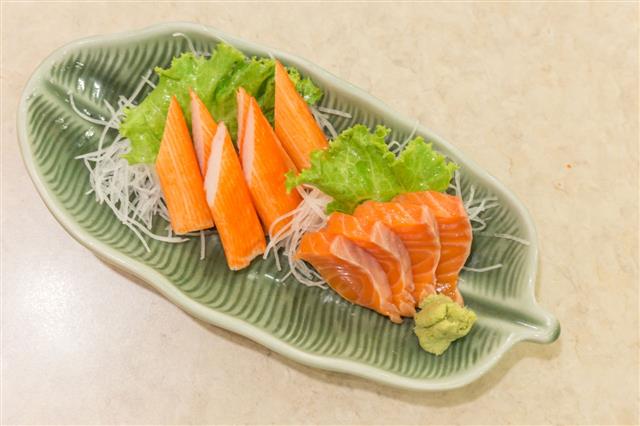 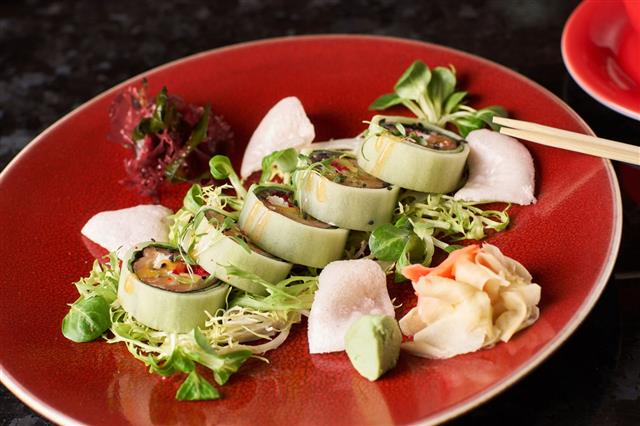 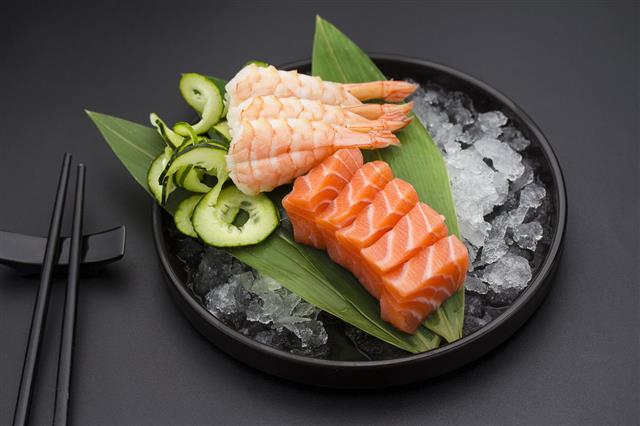 Sushi is a very popular Japanese dish, compared to sashimi. Though, both Japanese foods sushi and sashimi are similar, they are not the same. Both usually contain raw fish as one of their ingredient, and are served with a soy dipping sauce. The method of preparation for both the dishes is different. Both Japanese delicacies are quite popular, and there are specialized sashimi and sushi chefs.

The word sashimi means pierced boy, because ‘sashi’ refers to pierced or stuck and ‘mi’ refers to meat. Hence, this word may be derived from the culinary practice of sticking the fish’s tail and fin to the slices, identifying the fish meat being eaten. Sashimi refers to a Japanese food preparation, which primarily consist of fresh and raw seafood which is sliced into thin pieces, which is served with a dipping soy sauce.

Sushi can be eaten as it is, but is often dipped into a Japanese soy sauce which is called ‘shoyu’.

Sashimi as mentioned above is only served with a dipping sauce. Many times wasabi paste is mixed directly into the soy sauce, this is generally not done while serving sushi. The sliced seafood is typically draped over a garnish, which is mostly the white radish called daikon radish.

There are various types of sushi, that depend upon how the dish is presented. First is the maki-zushi, which is rice and seaweed rolls with fish and/or vegetables. Second is nigiri-zushi, which is the most common kind of sushi you will see, where the little fingers of rice topped with wasabi, and a fillet of cooked/raw fish or shellfish. Third is chirashi-zushi, where sushi rice is topped with variety of Sashimi and served in a box or bowl. Temaki-zushi, is cones of sushi rice which are filled with fish and vegetables wrapped in seaweed. And the last is inari-zushi, where fried pouches of tofu are prepared with sushi rice.

2. Then, place a sheet of dried seaweed on a bamboo mat spread.

3. Now, place the rice on top of the seaweed sheet.

4. Place filling (can use sashimi grade raw tuna) lengthwise on the rice, and roll up the bamboo mat to form a cylinder and press the mat gently to shape the roll.

5. Remove the bamboo mat, and cut the roll into bite-sized pieces. Serve with soy sauce.

2. Slice onions, and set them on a small dish.

3. Then pour soy sauce in another small dish.

4. Slice fish accordingly, you can slice it into thin slices or keep inch-long thick pieces.

5. Eat fish with sliced scallions, and use soy sauce for flavor.

Both sushi and sashimi are healthy foods. However, compared to sushi, sashimi is healthier. This is because, sushi many times contains fried ingredients, spices, and mayonnaise in it. This just adds unnecessary calories to the dish. Whereas, in sashimi it is mostly raw and fresh fish. However, when you are making sushi at home or eating it at a restaurant, prefer sushi which is made using brown rice and has non-fried and fresh ingredients.

I hope, the above information has cleared your doubts on the difference between sushi and sashimi. To get a taste of both the delicacies, follow the above mentioned simple recipes and savor the distinct flavors of these two delicacies.

You can also consider visiting a Japanese restaurant which has sushi/sashimi dishes on a conveyor belt, for a unique experience. In such restaurants various dishes keep rotating on a belt, and you can choose the type of dish you wish to eat. Enjoy! 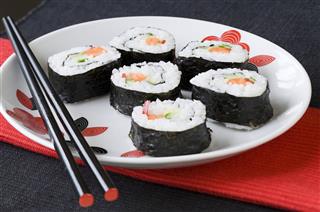 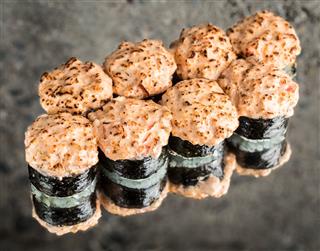 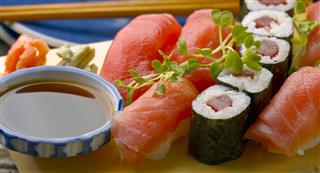 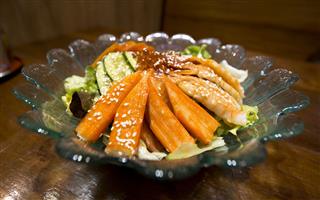 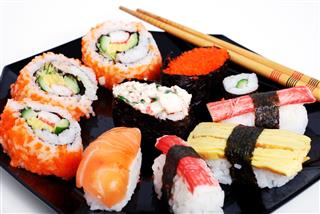 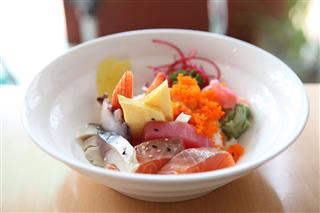 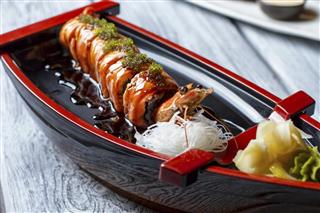 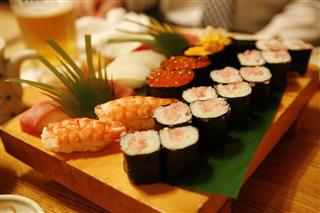 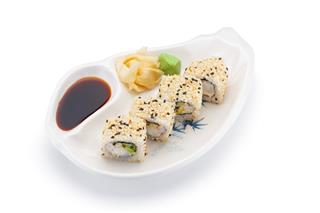 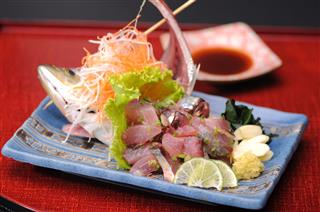 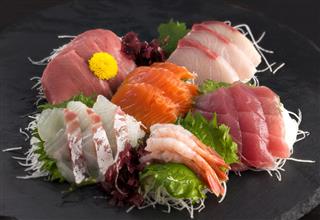 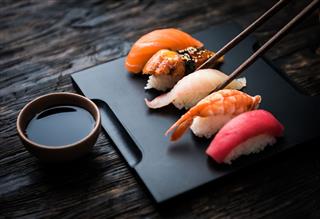 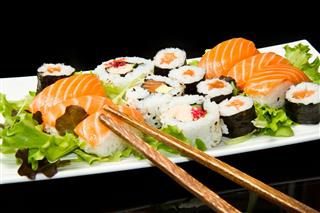 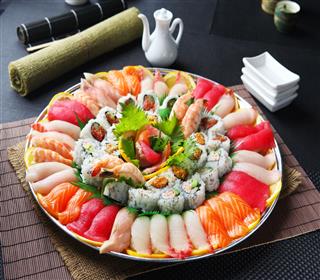 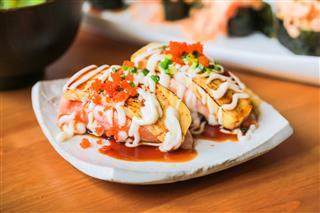 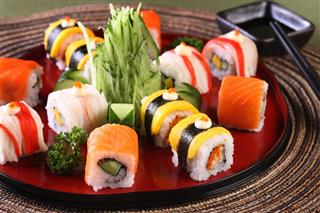 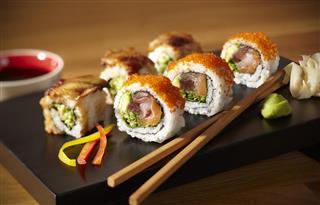 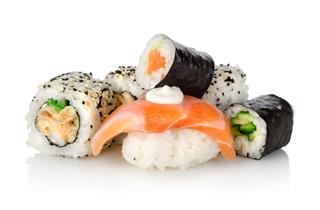 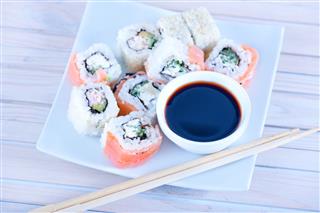 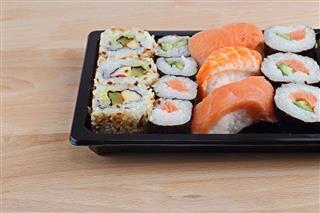 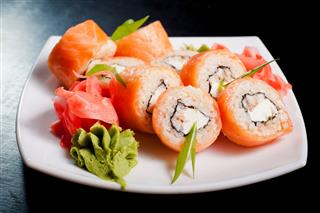