Rennet obtained from animal sources is used for curdling of milk in the cheese-making process. But vegetarians need not give up cheese, as a number of animal rennet substitutes are available in the market. 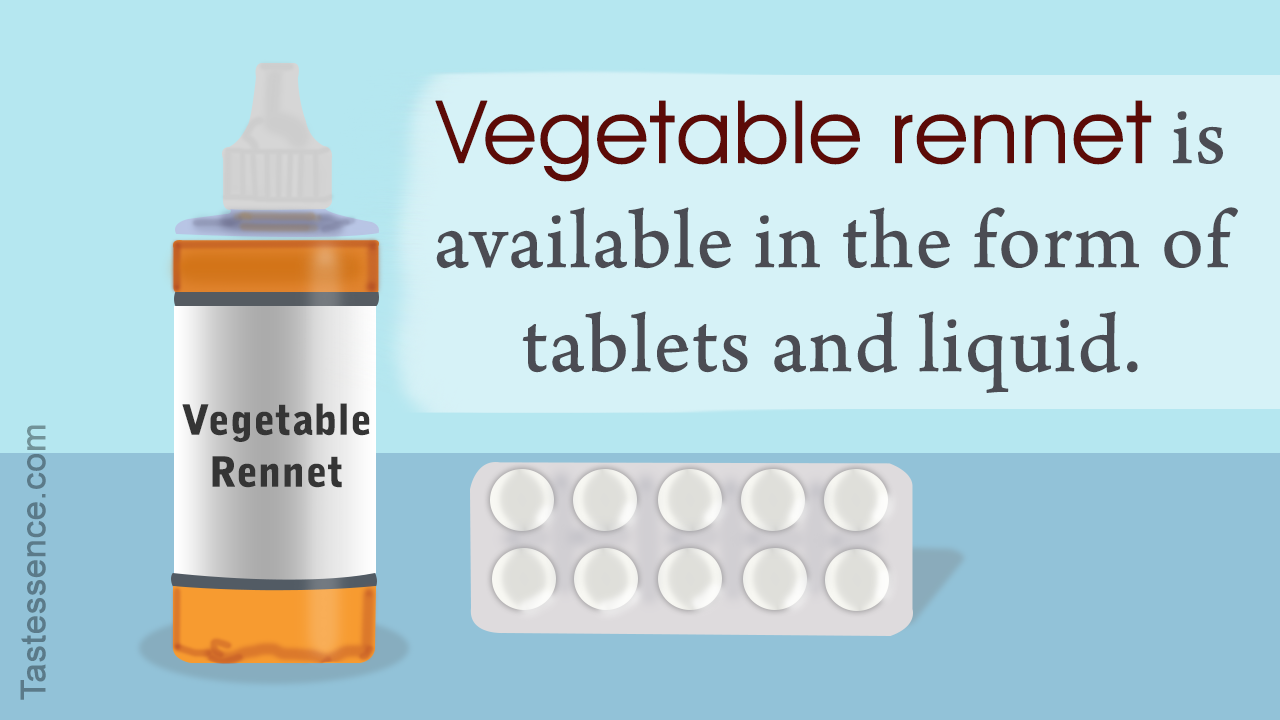 Rennet obtained from animal sources is used for curdling of milk in the cheese-making process. But vegetarians need not give up cheese, as a number of animal rennet substitutes are available in the market.

Most cheese makers use animal rennet to initiate the process of coagulation of milk. Rennet is an enzyme which is produced in the fourth stomach chamber (the abomasum) of ruminant mammals. Traditionally, the stomach of a slaughtered young ruminant was washed, salted, dried, and stored for use. The cooks used to snip off small pieces from the dried stomach, soak them in water, and use the extract for cheese making. These stomachs were obtained as a by-product of veal production. Some traditional cheese makers still use this method. Modern technology has made the process easier.
Cheese like Grana Padano and Gorgonzola are always made using animal rennet. Parmesan cheese is always made using calf rennet. As vegetarians avoid animal flesh and food made using animal flesh, they exclude this type of cheese from their diet. But there is no need to give up eating cheese.

Scarcity of mammalian stomachs (abomasum) has forced cheese producers to find out alternative sources of rennet. The enzyme rennet contains a unique compound called ‘chymosin’, that promotes curdling of the casein in milk. Researchers have found out many sources of rennet. It is now derived from certain plants, fungi, and microbes. Rennet obtained from these sources can easily substitute animal rennet.

These days, rennet is available in the form of liquid, powder, and tablets, which are quite easy to use. Some rennet alternatives are also certified for Kosher (under Jewish dietary laws, milk and meat cannot be mixed), and Halal use. You can choose from the vegetable rennet tablets, liquid vegetable (or liquid organic vegetable) rennet, etc.

✦ The Danish company Chr. Hansen is the leading producer of FPC. It produces it from the fungus Aspergillus niger. It is marketed under the trademark CHY-MAX. A calf gene was initially used to produce this bioengineered FPC. There are different types of Chy-Max; for example, Chy-Max Plus, Extra, Ultra, and Special. The first three are 100% chymosin, while Chy-Max Special is 80% chymosin and 20% bovine pepsin (another type of enzyme). According to the product data sheet of Chy-Max Extra, it is ‘acceptable for the production of vegetarian cheese’. Chy-Max M, the latest variety, has been developed using a camel gene. This FPC is also described as ‘suitable for vegetarians’ by the company.

✦ The microbial rennet Hannilase by Chr. Hansen is not produced through recombinant animal gene technology. R. Miehei, which is listed both as non-GMO and vegetarian, is used to produce Hannilase.

✦ The Dutch company DSM produces FPC from Kluyveromyces lactis, and it is marketed under the trademark MAXIREN. It appears that, initially, they have used a calf gene to produce this FPC. It produces Fromase from R. Miehei.

✦ DSM also produces Suparen/Sure-curd from the fungus Cryphonectria parasitica. It is described as ‘vegetarian’ in product literature.

✦ Marzyme manufactured by Danisco-DuPont is a non-animal microbial rennet (produced through recombinant animal gene technology), and is less expensive than FPC.

Why the Topic is So Controversial

Most European cheese contain animal rennet. Still, it’s getting easier to find vegetarian, even vegan, alternatives to these types of cheese. A wide variety of cheese are now made with non-animal rennet. Even dairy-free cheese, suitable for a vegan diet, are available in supermarkets.

In spite of the availability of several high-quality alternatives for animal rennet, the rennet story does not end here. As the gene cloned in K. Lactis was isolated from calf gastric tissue, some vegetarians are not ready to consume cheese made from it. As the gene cloned in E. Coli was synthesized, vegetarians may accept the chymosin made from it. It should be noted that the cheese that has a non-GMO seal on it does not have bioengineered chymosin.

FDA’s guidelines for what is ‘GMO’ or ‘non-GMO’, and the rules for labeling products manufactured by genetic techniques or containing genetically modified organisms (GMOs) or their products are somewhat misleading. It seems that they support manufacturers rather than consumers. FDA has not made it mandatory for manufacturers to describe the type of rennet used in the list of ingredients printed on the label. Manufacturers can mix animal, plant, and microbial varieties, and just label them ‘enzymes’. Thus, the labels may not provide accurate information about the coagulant used. So, it is difficult for vegetarians to check whether a particular cheese contains animal ingredients or not.

It is equally true that the taste and texture of the cheese made from vegetable rennet can never be like that which is made from animal rennet or FPC. Even microbial rennet cannot be used for making cheddar or hard cheese.