Have You Tried These 3 Classic Mexican Desserts?

Home / Substitutes / Have You Tried These 3 Classic Mexican Desserts?

Most of the time, when Americans think about Mexican food, we immediately think about savory dishes like tacos, enchiladas, and burritos. While there’s no denying that these foods are absolutely delicious, they seem to overshadow the delights of Mexican desserts.

Fortunately, we’re here to draw your attention to the sweeter side of Mexican cuisine. In this post, we’ll feature three of the top Mexican desserts to try today. Whether you head out to a local restaurant or try to whip them up at home, we think you’ll enjoy eating these south-of-the-border delicacies.

If you like milky and creamy desserts, then you’ll probably love tres leches cake (“three milks” in English). It’s a classic among Mexican desserts and has a special place in the hearts of many people who have tried it.

There are many different spins on the tres leches cake, but one of the most popular variations starts with an airy sponge cake base, made with typical cake ingredients like eggs, flour, and sugar. In this version of the recipe, butter is not used in the cake base, but you can swap the sponge cake for butter cake if you prefer.

Once the cake base is ready, three-milk mixture of evaporated milk, condensed milk, and heavy cream is poured on top. The sponge cake soaks up much of the liquid to create a delightfully creamy flavor in every bite. Milk powder is used in some variations of the recipe, which officially takes the cake from tres leches to cuatro leches.

Rice pudding is a popular after-dinner treat in many cultures. As such, it’s no surprise that it earned a spot on our top Mexican desserts list. Like many other Mexican desserts, arroz con leche (or rice with milk) is typically flavored with cinnamon, giving it a subtly smoky but sweet taste.

As the name would suggest, milk is another prominent ingredient in arroz con leche. The exact preparation may vary, but the Mexican version of rice pudding includes white rice, raisins, vanilla, and butter. Condensed milk and sugar can be used if you like your arroz con leche to be on the sweeter side.

Also called a lemon icebox cake, a carlota is a sweet and tangy frozen dessert that’s incredibly simple to make. It’s most often made with lemon, but you can also use peach, strawberries, or other fruits.

Carlota is made by placing a layer of vanilla cookies into a dish and covering them with a sweet sauce. The sauce is made of evaporated milk, condensed milk, and fresh-squeezed lemon juice.

More layers are added, so you end up with alternating flavors of vanilla cookie and rich, citrus-infused cream. The carlota is served frozen, so you get to enjoy layers of soft cookie and ice-cold lemony zest. It’s the perfect dessert for a hot summer day.

Like many other Latin American dishes, Mexican desserts often feature bold flavors and creative combinations. If you’re looking to cook or bake more Mexican-inspired cuisine, these three dishes are a great place to start.

For more recipes and cooking ideas, check out the Tastessence blog. 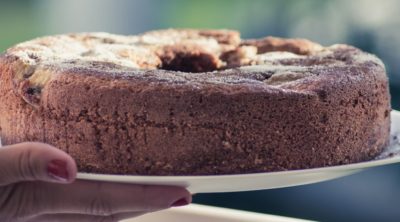 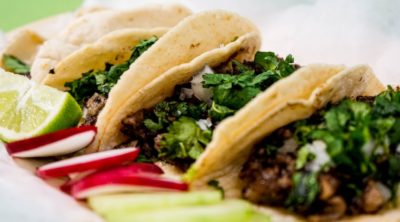 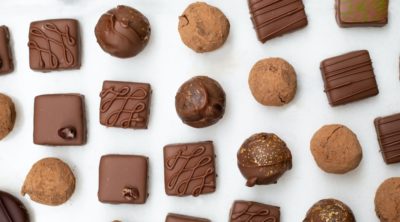