Unlike the name may suggest, cocoa butter does not come from dairy. It’s actually made from the cocoa bean, which makes it somewhat difficult to find a cocoa butter substitute that matches its exact flavor and texture.

With that said, there are still a handful of cocoa butter substitute options that you can use if you’re in a pinch. In this post, you’ll learn the basics about cocoa butter, as well as what else you can use in its place.

What is cocoa butter?

Along with cocoa powder, cocoa butter (also called cacao butter) is produced from cocoa beans. As such, cocoa butter is vegan and dairy-free. It’s a pure fat that chefs typically use to make some types of chocolate, baked goods, ice cream, and cosmetic items such as lotions.

As you might expect, cocoa butter has a chocolatey smell and taste. It has a low melting point (around human body temperature), so it doesn’t take much to melt it down for use in cakes and other sweets. Before you melt it, however, it’s important to break down the cocoa butter into smaller pieces so that it melts in the correct way.

Another tip: when purchasing cocoa butter for the kitchen, be sure that you buy the edible type — not the one you use in cosmetics.

There are plenty of situations in which you might need a cocoa butter substitute. Cocoa butter can be expensive and difficult to find outside of specialty stores. So in some cases, you might be better off using something else.

Here are a few cocoa butter substitutes to try in your next recipe.

Coconut oil is arguably the most straightforward cocoa butter substitute that you can find. Instead of melting the cocoa butter, simply pour an equivalent amount of coconut oil and add it to your recipe. It won’t have the same decadent chocolate taste of cocoa butter, but it still brings a high amount of fat into your food.

Cacao paste (or cocoa paste) is another option, but it can also be challenging to find. Confectioners love it because it offers a pure and authentic chocolate taste. Like with cocoa butter, cacao paste comes from roasted and ground cocoa beans. It’s then pulverized and pressed before being sold. Cacao paste has a strong taste, so use it sparingly when substituting for cocoa butter.

As you may have noticed, finding a reliable cocoa butter substitute isn’t quite as easy as it sounds. Fortunately, cocoa butter is becoming more readily available from health food and specialty stores. You should be able to track down the real stuff without too much hassle.

For more recipe ideas and tips, check out the Tastessence blog. 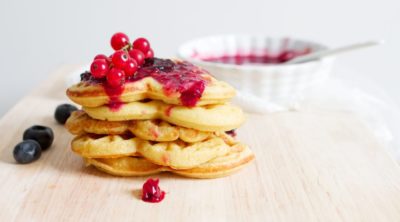 Is It Possible to Make Non Dairy Pancakes? Yes! 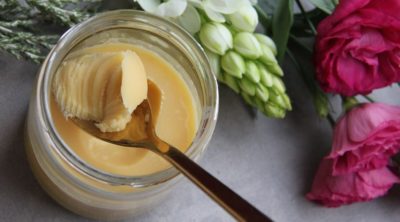 What Are the Best Ghee Substitute Options? 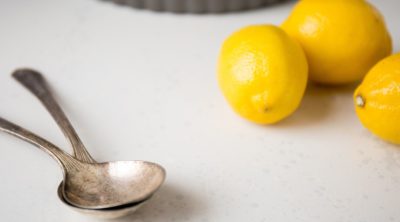 Have You Tried These 3 Classic Mexican Desserts?