Just because they share similar names, these confectionery treats are not the same thing. These baked cookies differ in their appearance and the way they are made. Here are some of the common differences between macaroons and macarons.

Just because they share similar names, these confectionery treats are not the same thing. These baked cookies differ in their appearance and the way they are made. Here are some of the common differences between macaroons and macarons.

The National Macaroon Day is celebrated on May 31st.

Have you ever faced a situation where you have pronounced something differently only to end up getting something that you completely detest? This is what happened to me last time I went to the bakery and added an extra ‘o’ to the colorful and bright macarons, only to end up with some extremely ugly looking, yet amazingly tasty―macaroons―instead. For me, pronunciation is just a pretentious aspect of the gastronomic culture, and there are many times when I have pronounced “bru’sket-ta” as “brushetta”, without giving it a second thought. However, when it comes to macaraons and macaroons, it is best to get that ‘o’ in place, else you could end up with a completely different product altogether.

So, is there actually a difference between these cookies? One look is all it takes to differentiate macaron and macaroon cookies. Unlike the extremely elegant and vibrantly colored sandwich-like French macaron, which look ‘oh so beautiful’ on your dessert table, macaroons are hearty lumps of confectionery made of shredded coconut and condensed milk. In this Tastessence article, we list some clear differences between macaroon and macaron cookies.

The main difference between the two popular pastries is their appearance. The light-as-a-feather classic French macaron is a meringue-based confectionery with a smooth domed top, a crinkled ruffled circumference, which is also known as the “foot”, and a flat base. It is basically a sandwich of two cookies with a creamy, sweet filling made of ganache, jam, or buttercream. It is also available in a range of vibrant colors and different flavors.

Unlike the polished sophistication of a macaron, the macaroon is a lumpy-shaped sweet cake made of shredded coconut or almonds and condensed milk. The batter for the macaroon is dropped onto a cookie sheet in little random haystacks, and they are baked until crispy and golden on the outside and chewy on the inside.

Making Macarons
Making macarons is a complex process, and the piping takes some practice. The main ingredients of macarons include: almond flour or finely ground almond, egg whites, and granulated and powdered sugar along with food color of your choice.

For making this sweet delight, sieve the almond flour and confectioners’ sugar, and pulse them in a food processor for two minutes to combine them. Whisk egg whites until foamy and then add cream of tartar, and whisk till soft white peaks form. Now, add sugar and keep whisking till stiff peaks form.

Add the almond mixture to the meringue mix, and mix well. Add food color of your choice. Spoon the mixture into a piping bag fitted with a ½ inch plain round tip. Pipe walnut-sized rounds onto parchment-lined baking sheets, and set aside for an hour. Preheat oven to 375ºF.

Reduce the temperature to 325 degrees, and bake 1 sheet at a time. Rotate halfway through, until the macarons are crisp and firm in about 10 minutes. After each batch, increase the temperature to 375 degrees. For the filling, use chocolate ganache or raspberry jam. Sandwich two macaron discs with 1 tablespoon of filling, and set aside to cool.

Making Macaroons
Making macaroons is much simpler as compared to the elaborate macarons. For whipping up this delicious cookie, you need egg whites, sugar, some salt, and sweetened flaked coconut.

Preheat the oven to 350ºF, and line a baking dish with parchment paper. In a bowl, whisk together the egg whites, sugar, and salt, till they turn frothy. Using a tablespoon, drop the mixture in lumps onto the cookie sheets. Bake for half an hour till the macaroons are crispy and wonderfully golden brown. Sometimes, the macaroon is dipped in chocolate.

According to Larousse Gastronomique edited by Jenifer Harvey Lang (Crown, 1988), the earliest records of macaroons can be traced back to Commercy, France, in the year 791. Another source traces their origin to Italy. It is believed when Catherine de Medici, the wife of King Henry II traveled from Italy to France, she brought a couple of pastry chefs along who introduced this cookie to France. The macaroons were further refined by French pâtissier techniques. The word macaroon comes from the Italian word ammaccare which means to crush. This is a reference to the crushed almonds in the cookie. Two nuns, Sister Marguerite and Sister Marie-Elisabeth, who came to the town of Nancy during the French Revolution to seek asylum during the war years, paid for their housing by baking and selling macaroon cookies. They were popularly known as the “Macaroon Sisters”. Due to the absence of flour or leavening, it became a popular Passover treat among the Italian Jews.

The macaron, as it is known today, with two meringue discs and creamy fillings, are a recent invention, possibly in the early part of the 20th century. Pierre Desfontaines of the French pâtisserie Ladurée is often credited with this invention. Since then, macarons have become extremely popular at bridal showers and wedding dessert tables. They are extremely popular in France, and are some of the bestselling cookies in many patisseries.

Now that you know that the two cookies are vastly different in their appearance as well as the baking technique, are you still finding it difficult to choose one? Well, why not try both, the chewy coconut macaroons and the crispy meringue-like French macaron, to decide which one is the best for you. 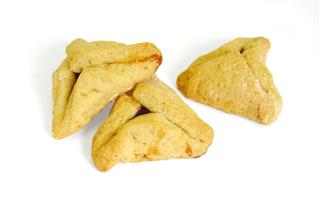 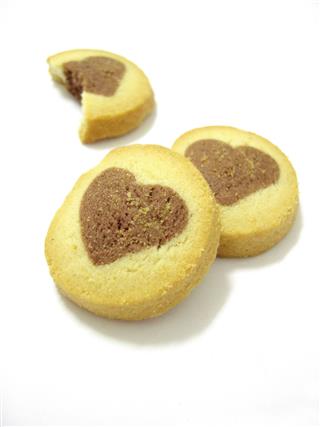 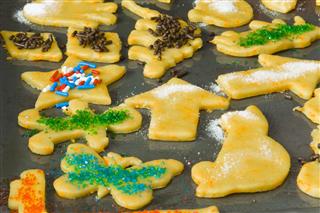