Mouthwatering Donut Flavors That You Should Try

Everybody loves donuts! Doesn't matter if you love classic flavors like the chocolate glazed ones or have the heart to venture for something unusual like black licorice, we've got them all for you.

Home / Dessert Recipes / Mouthwatering Donut Flavors That You Should Try

Everybody loves donuts! Doesn’t matter if you love classic flavors like the chocolate glazed ones or have the heart to venture for something unusual like black licorice, we’ve got them all for you.

National Donut Day is celebrated in America on the first Friday of June every year to honor the members of the Salvation Army who served donuts to soldiers during World War I.

When it comes to making your stomach growl, nothing beats the aroma of a batch of freshly made donuts! From chocolate glazed, to jelly filled, to candied bacon, there’s a perfect donut for no matter what mood you’re in or what your hankering may be.

Although donuts are found all over the world in different shapes and names, we Americans seem to be excessively passionate about donuts (and why shouldn’t we be?) No matter where you go, every city in this country boasts of a place that makes donuts the best! Not to mention that every baker has his or her own version of this uber fancy dessert. Here are some of the classic donuts that we suggest that you should try.

A classic will always remain just that-classic! The classic glazed donuts will always reign on top when it comes to donuts. No matter what time of the day or what month of the year, a simple glazed yeast dough donut always works best. 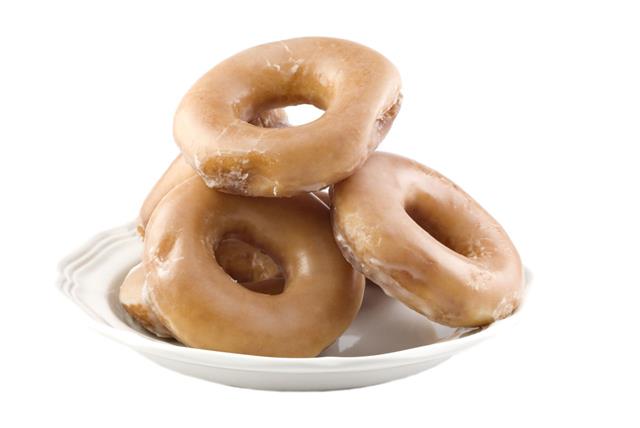 A simple yeast dough donut iced with chocolate frosting, and a cup of coffee, is a match made in heaven! Add a topping of colorful sprinkles or tiny little colorful marshmallows, and you get a sight as good as the taste.

A chocolate cake dough cooked to perfection and topped with a chocolate frosting brings to you a chocolaty goodness you just can’t resist. This glistening treat is a dream snack for every donut fanatic.

A moist and rich cake dough donut covered with snowy powdered sugar. This donut will reign supreme when it comes to satiating your appetite.

Be it strawberry, raspberry, or blueberry, these donuts are every berry lover’s dream come true. A donut filled with a rich lemony filling will never fail to disappoint a great of the tangy citrus flavor.

A yeast risen dough filled with creamy vanilla flavored custard and topped with a chocolate icing is everyone’s favorite. Such good is this donut that it has a song written about it. 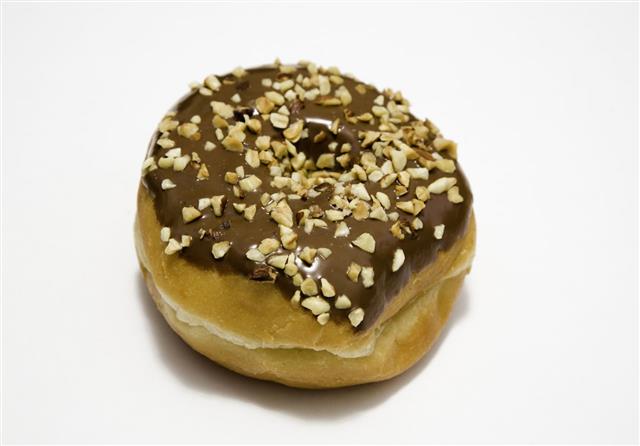 Sweet, buttery, yeast leavened dough with generous hints of cinnamon baked until it dons a golden color. Accompanied with black coffee or tea, it is one hell of a way to start a day! 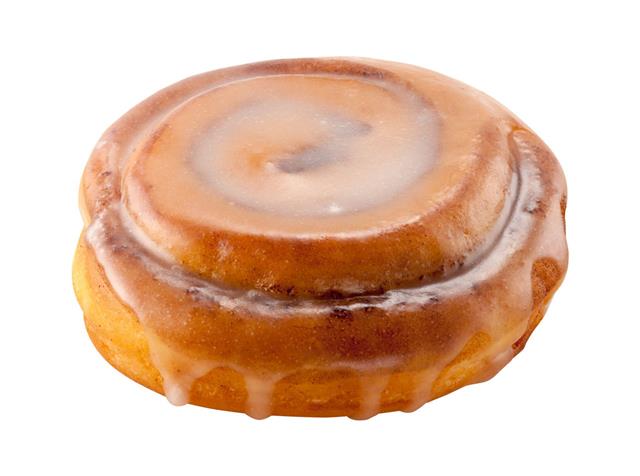 Donut with a crunchy exterior and spongy heart, coated with powdery sugar along with the sweet heat of cinnamon; these delicious treats will never go out of fashion.

This sweet Danish pastry is a homegrown classic that every American loves! It is usually flavored with almonds and sometimes has an added pizzaz of raisins.

A crunchy deep-fried dough along with bite-sized chunks of apples. Add to that a mildly robust flavor of cinnamon and the dazzle of glaze; it just doesn’t get any better than this!

Yeast risen bar-shaped donuts coated with an embellishment of shiny icing. Whether it is a Long John topped with a chocolate frosting or the medley of maple flavored icing and salty bacon, picking one that we like best just doesn’t seem possible.

A cross between a croissant and a donut, a cronut is of those things New Yorkers get to brag about! Deep-fried layered pastry rolled in sugar, with a cream-filled center, and a final grace of glaze added to it. This dessert is so famous that it has been featured in many TV series and talk shows!

Now that we’ve titillated your taste buds with some classic donut flavors, we would like to indulge you in some quirky but delicious donuts found all over America.

Moist and rich cake dough donut topped with peanuts and drizzled with siracha. This donut is definitely worth a try.

This donut comes as a good news for all lovers and so-called lovers of green tea. As the bakers at Doughnut Plant have managed to combine the goodness of donuts and the fresh flavor of green tea. If that wasn’t enough, they managed to add a matcha green tea glaze to the combination.

A donut that has some borrowed zing sandwich! With ingredients like peanut butter, jelly, bananas, and our favorite bacon, this donut definitely combines the best of sandwiches with the fanciness of donuts.

If you love breakfast, you’re going to love it a little bit more thanks to the brain stormers of Voodoo donuts! This yeast leavened donut topped with vanilla frosting and dazzled with colorful cereal will surely be one the best things you’ll have for breakfast.

With one-of-kind outrageous toppings, we don’t even know whether this can be even classified as a donut. Pulled pork and potato salad stacked high on a donut drizzled with copious amounts of honey barbecue sauce, this donut could very well work as meal than a dessert.

Forget one, the Tom + Chee chain has a whole range of eccentric donuts ranging from the grilled cheese (cheddar on glazed donut) to The King (banana, peanut butter, mascarpone and mozerella on donut) to Barbara Blue (blueberry compote, ham, and brie on a donut)!

If you love the taste of liquorice, Dun-well Doughnuts have a treat for you with their black liquorice flavor! These donuts are 100% pure vegan so everyone can enjoy them!

Miniature donuts with unique dips is one of the features that makes Doughnuttery stand out from all donut makers of New York! The cheesy poof is an interesting combination of powdered sugar coated donuts with cheddar, corn, and jalapeño that is definitely worth a try!

Vibrant purple, supremely starch, and crunchy Hawaiian donut with a glistening sheen of glaze is made with powdered taro root and water.