Methods to Freeze Sour Cream. How Many of These Have You Tried?

Sour cream is used in the preparation of many delicacies. Are you figuring out what to do with last night's leftover sour cream? Here, we give you methods on how to freeze it along with the pros and cons of doing the same.

Home / Food Preservation / Methods to Freeze Sour Cream. How Many of These Have You Tried?

Sour cream is used in the preparation of many delicacies. Are you figuring out what to do with last night’s leftover sour cream? Here, we give you methods on how to freeze it along with the pros and cons of doing the same. 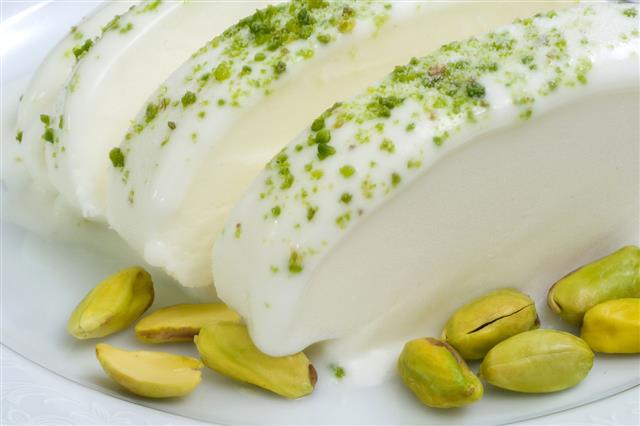 If the sour cream becomes too watery, just use a strainer to remove all the unwanted water. Then, mix the strained cream with flour and stir until it gets a good texture. This wouldn’t affect the taste after which you can use it.

Sour cream is made by adding lactic acid bacteria to cream. This bacteria makes it slightly sour and thick. The name “sour” comes from the process of ‘souring’ which means lactic acid is produced during fermentation. It comes in less fat as well as full fat cream. It is widely used in a variety of delicacies. It is used to make dips or garnish a dish as well. Also, it is used in baked products to make it tender.

Freezing sour cream is easy, but do not expect it to be remain as before. Freezing it doesn’t affect its taste, but the whole texture gets changed. It becomes like crumbly cottage cheese, but it is perfectly normal. You can plan to use it in dishes for the creamy flavor remains intact.

Sour cream in a cooked dish can be frozen easily. It won’t even make much of a difference to the texture or the taste of it. The frozen sour cream can stay up to 6 months. But it is advised to eat it in 3 months. The unopened pack will stay for a longer time than the one that’s already open.

✦ Whisk or whip the cream in a container. This helps in distributing the moisture evenly. Whisking also reduces the separation of the components.

✦ Put the cream in a Ziploc bag. You can also use an airtight container for storage purpose.

✦ If you’re using the Ziploc, remove air as much as possible before you seal it.

✦ Keep it in the freezer.

✦ If you have bought sour cream and are not going to use it immediately, it’s best if you don’t open the pack.

✦ Just keep the pack in the freezer and let it be there until you wish to use it.

✦ This way, it wouldn’t come with any other moisture particles, which will increase the shelf life of the sour cream.

✦ Remember to write the date on the bag or the container.

The thawing process is the same for both the above methods. Move the container or the Ziploc into the refrigerator from the freezer. Let it take time to cool down and break all that’s ice. Keep stirring the cream and then use it. Another method is to put it in a blender after it’s thawed. Whip it, keep it in the refrigerator, and let it set. This may get back its good texture.

Checking if the Cream is Good to Go

✦ The first indicator is the color of the sour cream. It should be creamy white in color. If you see even the palest of yellow, it’s time to throw it away.

✦ Notice the top layer of the cream. Separated water is normal, but yellow color isn’t normal. Check the sides for any moss growth.

✦ Looks can be deceiving they say! So apart from its appearance, try smelling it. The normal odor is tangy, so if you get a strong and musky odor, discard it.

✦ If until now there are no problems, you can taste a bit of it. You’ll know how normal cream tastes.

✦ If the frozen cream passes this test, it has made it! Go ahead, and use it in your dishes.

✦ The frozen and thawed sour cream is used best while baking. Use it in different pastries or muffins. Try to avoid using it in cheesecakes because it won’t give the soft texture. Low or non-fat frozen, sour cream shouldn’t be used.

✦ You can also use it on baked potatoes or in any dip, which would give it a creamy flavor (do not use the sour cream, if it is the only ingredient. Use it in dips that have other ingredients too). The same goes in soups or casseroles. Freezing doesn’t change the taste, so you can use it.

Keep a check on your frozen sour cream and remember the date on which you packed it. The best thing is to finish it as soon as possible to enjoy it!