Amazing History of Enchiladas – The Simple Street Food of Mexico

An enchilada is one of the Mexican dishes enjoyed by not only the Mexicans but also by the non-Mexicans. While some would prefer to have enchiladas as starters, others would love to have it as a whole meal. This Tastessence article gives us a brief intro of one of the most popular dishes of Mexico, the enchilada.

An enchilada is one of the Mexican dishes enjoyed by not only the Mexicans but also by the non-Mexicans. While some would prefer to have enchiladas as starters, others would love to have it as a whole meal. This Tastessence article gives us a brief intro of one of the most popular dishes of Mexico, the enchilada. 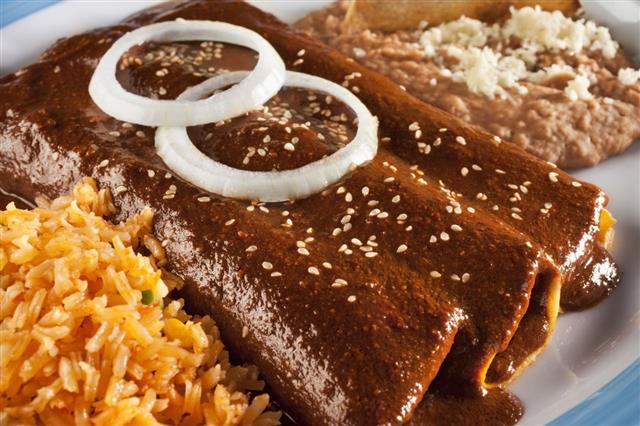 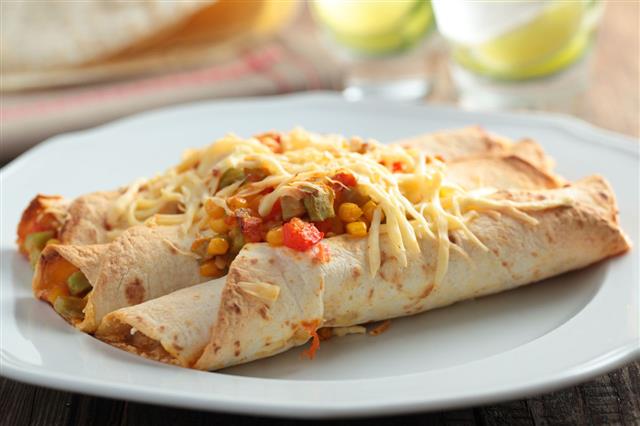 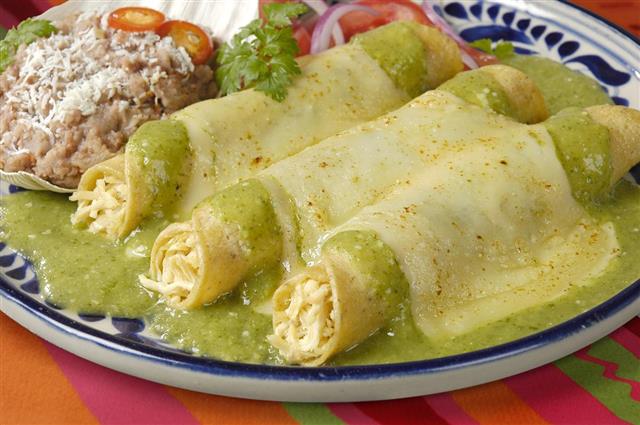 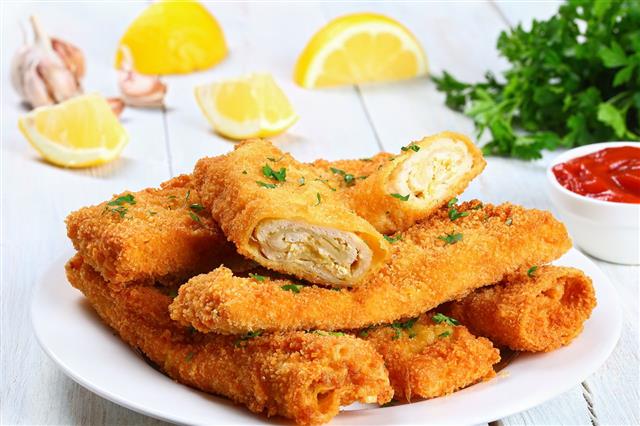 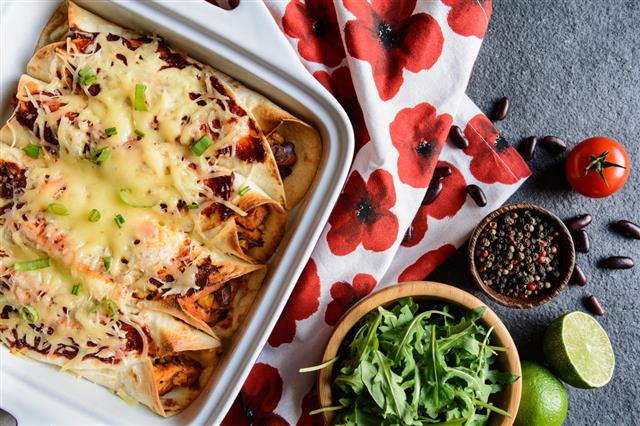 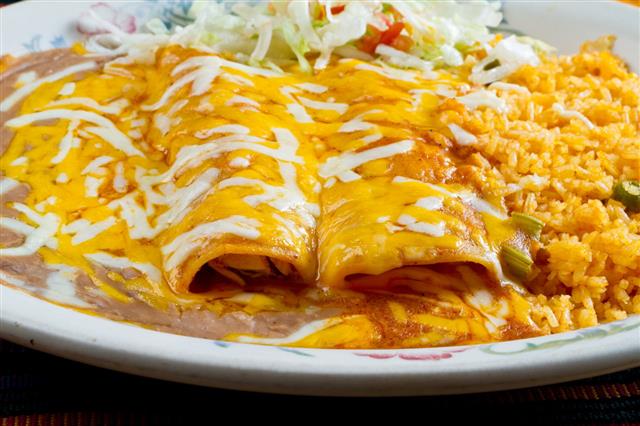 An enchilada is a popular Mexican dish. It is one of the most popular dishes that could be bought from a street vendor in Mexico. Hence, it is popularly known as “simple street food”. Enchilada is pronounced as “ehn-chee-lah-thahs“. The term “enchilada” simply means ” dipped in chili”. Mexican restaurants worldwide cater enchiladas with different kinds of filling.

The History of Enchiladas

Many people describe Mexican cuisine as spicy, colorful, which has strong and mixed flavor. Mexican cuisine is rich in vitamins, proteins, and minerals. One of the most popular Mexican snacks is enchilada.

Originally, an enchilada was made from a tortilla dipped in chili sauce and stuffed with cheese and beans or chicken and beef, sometimes with spinach. Today, there are different versions of enchiladas served in the Mexican restaurants around the world.

In the year 1949, an American magazine, American Food and Drink, described a enchilada as “a Mexican dish prepared more for tourists than for local consumption”.

Enchiladas Suizas was first introduced in a restaurant called Sanborn’s in Mexico City. “Suizas” means Swiss. This is so-called because the dish uses a lot of cheese and cream. It is a tribute to the Swiss cuisine.

Aztec enchiladas are easy to make and is rich in iron and protein. Try out this quick to make enchilada recipe.

In a bowl whisk milk and eggs to make it fluffy. In a skillet add corn and chicken stock and cook in a low flame for 2 to 3 minutes. Stir in the beaten eggs and sprinkle chili powder and salt to taste. Keep the flame low and stir occasionally, until the eggs are cooked.

On a square tray arrange the four tortillas. Place one-quarter of the fillings on each tortilla and roll it. Garnish with sliced pepper rings and parsley sprigs before serving.

The Aztecs used two methods for making enchiladas. However, enchiladas made in both the methods are tasty and would make an awesome brunch.

You could use pre-cooked and canned chicken if you do not have the fresh ones. Roasted, fresh or frozen chilies could be used instead of canned chilies. Remember, enchilada is one of the Mexican dishes recognized internationally. 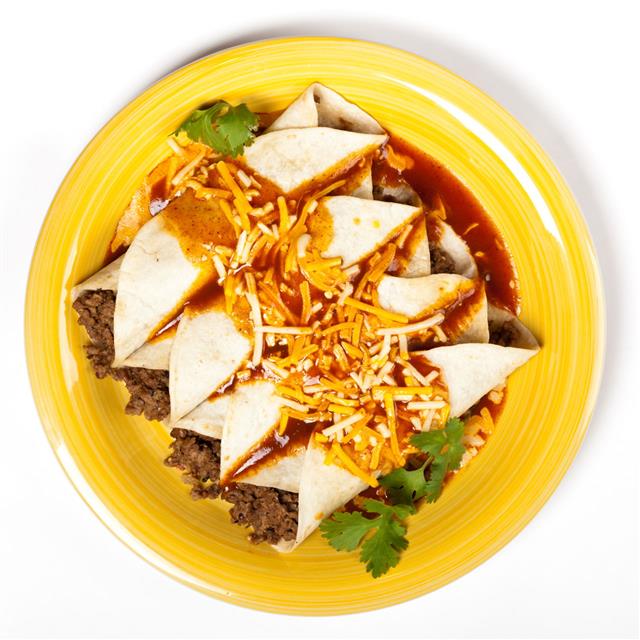 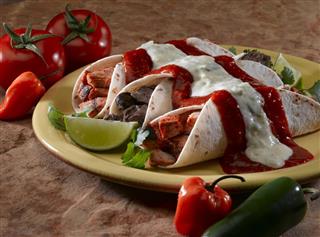 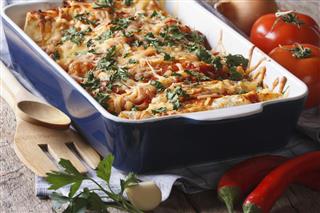