Gumbo Vs. Jambalaya Vs. Étouffée – How Exactly Do They Differ?

The New Orleans' trademark rice dishes include gumbo, jambalaya, and étouffée. If you happen to travel around Louisiana and wonder what to choose amongst them, then here is a short guide that will fix all your confusions and anxieties.

Home / Food Facts & Kitchen Tips / Gumbo Vs. Jambalaya Vs. Étouffée – How Exactly Do They Differ? 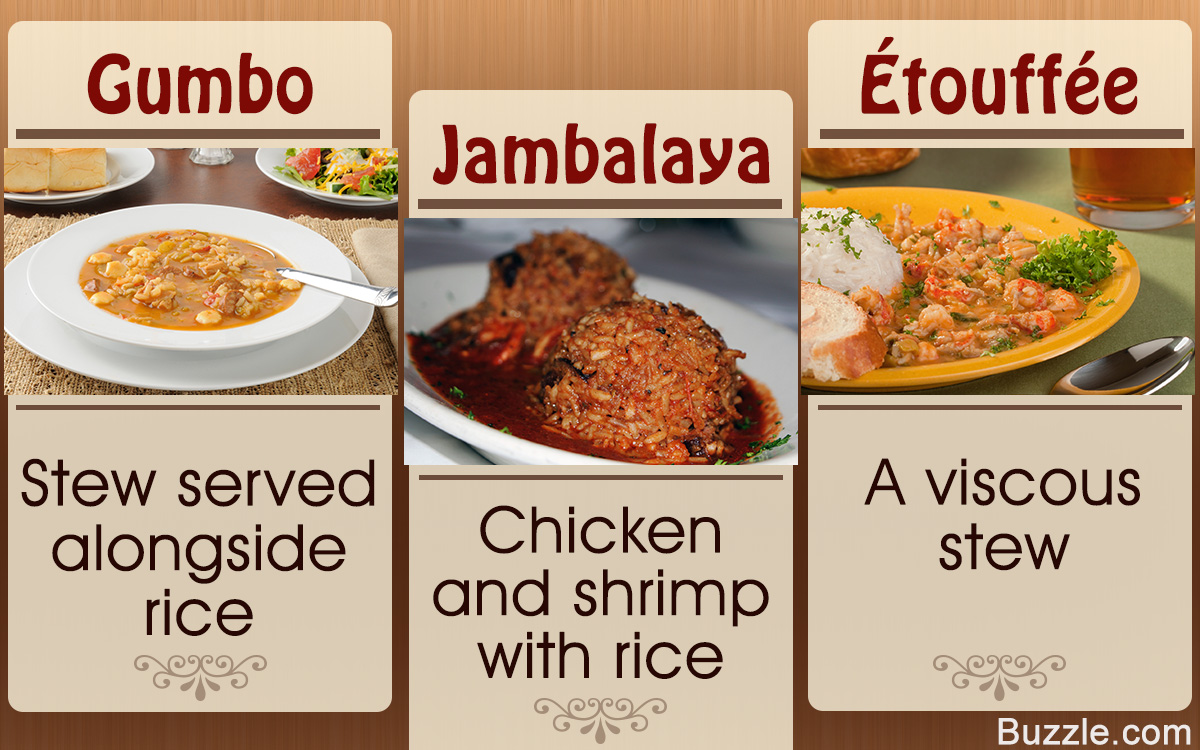 The New Orleans’ trademark rice dishes include gumbo, jambalaya, and étouffée. If you happen to travel around Louisiana and wonder what to choose amongst them, then here is a short guide that will fix all your confusions and anxieties.

Étouffée is a French word, which means smothered or suffocated, whereas the name gumbo is derived from ngombo, which is an Angolan word for okra. Jambalaya is a provincial word for a mix up of rice and chicken stew.

Gumbo, jambalaya, and étouffée are popular Louisianian dishes other than Muffuletta and Po-boy. These dishes have spicy and smoky flavors. The use of roux (thickening agent cooked by using flour and oil together) is a common and most preferred practice across the region. The addition of seafood and meat in various cuisines is a norm. Most of the cuisines are allowed to simmer all day, which leaves the gourmet satiated with dainty relish. These cuisines, which once tasted, will keep you asking for more. After eating, the taste is such that it keeps lingering on your palate for quite some time.

Gumbo owes its existence to the Louisiana Creole people. A peculiar feature about it is that its French roux is made with fat and flour. The dish combines the mix of various cultures. There are different versions to this dish such as the Choctaw spice filé or the African vegetable okra. The dish derives its name from the Choctaw word for filé, which is ‘kombo’, or the Bantu word for “okra”, which is ‘ki ngombo’. The leftover perishables like meat can be efficiently used up in this cuisine

The origins of jambalaya can be traced back to a Spanish cuisine known as paella. Being inspired from the Spanish and French culture, jambalaya can be cooked in different ways. The basic recipe involves the addition of raw rice into a stock of meat and vegetables. The rural jambalaya refuses to include tomatoes in the cuisine, whereas the City Creole willingly incorporates it.

Étouffée is a viscous stew made with shellfish or crayfish. It is served with or alongside rice. In a contrast to gumbo, this dish is made with a blond roux, thereby providing a different flavor to it. This cuisine is seasoned with pepper apart from cayenne. For flavor, the fat of crayfish is very essential for making a crayfish etouffée.