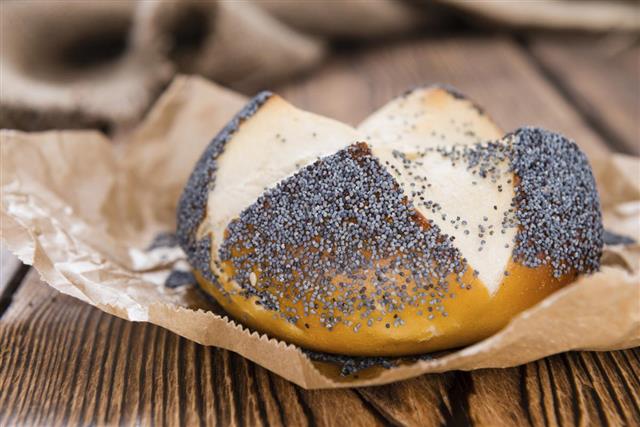 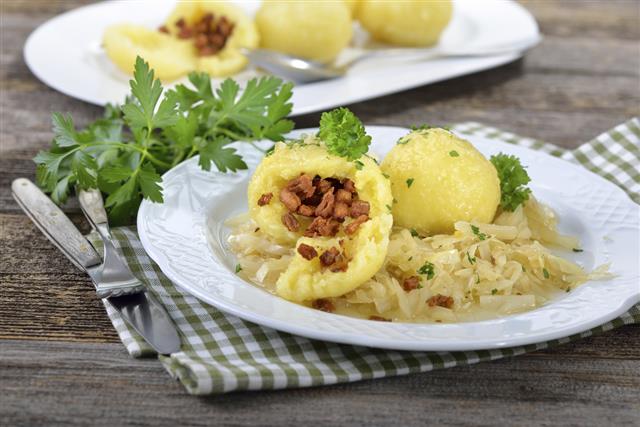 If you think of German cuisine only as a mere mix of beer and sausage, then it would be a reprehensible statement for this very fine and traditional cuisine. It is a well-known fact that Germans appreciate vigorous, well-prepared, well served foods. In fact, German cuisine impresses every person who has a great craving for nice food. To pacify your taste buds, you can find numerous diverse dishes which are only typical to specific German regions.

If you visit your nearest local German restaurant, you will come across many traditional recipes of German cuisine. Moreover, post world war era has seen their healthy cuisine adapting to hale and hearty trends thanks to the tastes of immigrants, availability of dairy products and progress of sausage industry and most importantly their cheerful spirit. Like most Europeans, Germans are gourmets who love to relish their food. Find the staples in German cuisine over different meals, in the following paragraphs.

Germans prefer breakfast menu consisting of bread, toast and bread rolls supplemented with jam, honey, marmalade, eggs, over a cup of strong coffee or tea. For children, usually milk or cocoa is preferred.
Delicacies like deli meats, ham, salami are also common on breakfast menu. Breakfast is still a very elaborated, popular concept and can be a perfect occasion to invite friends and guests.

Traditionally, lunch has been the main meal of the day which is usually eaten around noon. In comparison, dinner is always a smaller meal which mostly comprises sandwiches. But, last 50 years have seen quite a radical shift in those eating habits. Of late, most of the people prefer a smaller lunch around noon and like to enjoy a hot relaxed dinner in the evening.

Noodles make an important part of German side dishes, especially Spätzle, which contain a large amount of egg yolk. Potatoes and dumplings are also very common. Potatoes entered late in German cuisine (18th century) but became most ubiquitous by the 19th and 20th centuries. Generally, they are often served boiled in salt water, but mashed and fried potatoes are also traditional. French fries have now become a very common part of side dishes.

Association of German cuisine with beer is quite an old one, with many local and regional breweries offering a wide variety of beers. In most of the country, Pils is most popular name today, whereas people in the southern regions like Bavaria, prefer lager or wheat beer. Again a number of regions have a special kind of local beer.

Wine is also popular throughout the country. The principal source areas of German wine are the upper and middle Rhine and its tributaries. Riesling and Silvaner are among the best-known varieties. Traditionally, white wine is preferred over red or rosé, while sweet wine is more popular than dry.

A great variety of cakes and tarts are made with fresh fruits and enjoyed throughout the country. Apples, plums, strawberries, and cherries are used regularly on cakes. Cheesecake, German donuts, Berliner or Krapfen are also very popular dessert recipes.

‘Rote Grütze’, a red fruit pudding is a popular dessert in northern Germany. ‘Rhabarbergrütze’ , a rhubarb pudding and ‘Grüne Grütze’, a gooseberry pudding are some popular variations of ‘Rote Grütze’. Another dessert specialty is the Stollen, a fruit cake covered with sugar or icing sugar. This cake is made with chopped candied/dried fruits, nuts, and spices and is traditionally made and enjoyed during Christmas.

Aachener Printen, that originated in the city of Aachen in Germany, is a Christmas sweetmeat that is sweetened with sugar beets and flavored with allspice, aniseed, cardamom, cinnamon, clove, coriander, and ginger. Ice cream and sorbets are also very popular. Italian-run ice cream parlors were the first large wave of foreign-run eateries in Germany, becoming widespread in the 1920s. A popular ice cream treat is called Spaghettieis.

Meat, mainly pork and fish are the most preferred constituents of German food. Beef and poultry are also consumed in large number. Among poultry products, chicken is the most popular product, but goose, duck and turkey are also well appreciated.

Generally, you will find local pot-roasted meat and imported pan-fried dishes from France. Meat is often eaten in the form of sausage throughout Germany. It is a trend for certain families here to make their own sausage for personal consumption.

Vegetables are usually preferred in the form of vegetable soups or stews. They also make a good side dish. Cabbage, carrots, spinach, turnips, peas, beans are very common. Fried onions are a common addition to many meat dishes throughout the country.

Potatoes, while a major part of the diet, are usually not counted among vegetables by Germans. Asparagus, especially white asparagus known as spargel, is particularly enjoyed in Germany as a side dish or as a main meal.

The country boasts more than 6000 different types of bread, ranging from white wheat bread to gray bread and black rye bread. Most types of bread contain both wheat and rye flour. Bread is a major part of the German diet, and usually eaten for breakfast and as sandwiches in the evening, and not as a side dish for the main meal. Bread is served with almost every meal.

Handkäs mit Musik, a strong cheese made from curdled milk served in a dressing is another specialty from this region. Bayern or Bavaria offers delicacies like Schweinsbraten, a pot-roasted pork, white sausage, a specialty from Munich, a wheat beer known as Weinzenbier and knodel, dumplings from white bread.

When the roasted and crispy ham hock or “pork knuckle” with potato dumplings and red cabbage, or sauerkraut and potatoes, it is called Schweinshaxe. Hamburg region offers specialities like Aalsuppe, a sweet and sour soup of meat broth, dried fruits, vegetables, and herbs, Labskaus made from corned beef, and Jükääg, a cabbage roll.

Saxony region offers the delicacies like gingerbread known as Lebkuchen. Pulsnitz is the most popular Lebkuchen Saxony offering. Leipziger Allerlei is also another popular dish. Saarland offers specialties like Geheirote, potatoes and dumplings made of flour served with a creamy bacon sauce and Dibbelabbes, a potato hash prepared from raw grated potatoes, bacon and leeks, and baked in a Dibbe.

A typical German meal consists of around six to seven courses. Starting from an appetizer (Vorspeise), a soup (Suppe), followed by a main course (Hauptspeise) with one or two, either raw or cooked side dishes (Beilagen). ‘Nachspeise’ are after-meal treats. During the whole day, they love to drink drip coffee with majestic ‘Torte’ or ‘Kuchen’ (cake). Any true German “Hausfrau” would never allow her guests to leave without serving coffee and cake! 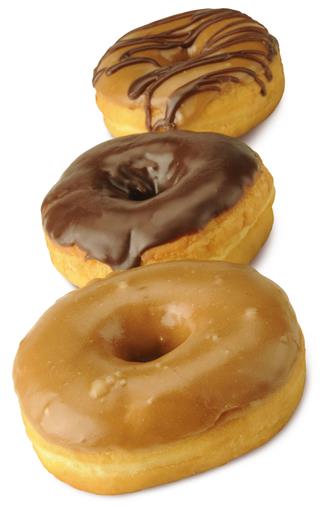 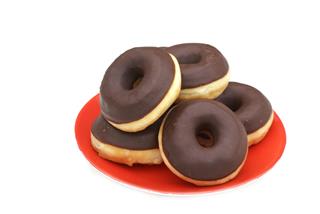