Champagne - the very name inspires luxury and style. This sparkling wine from France's choicest vineyards has people spending outrageous amounts of money on it. If you don't believe it, you absolutely have to read about the brands mentioned here. They'll show you just how seriously people take their wine, and how much money they are willing to pay to adorn their cellars with the best ones. 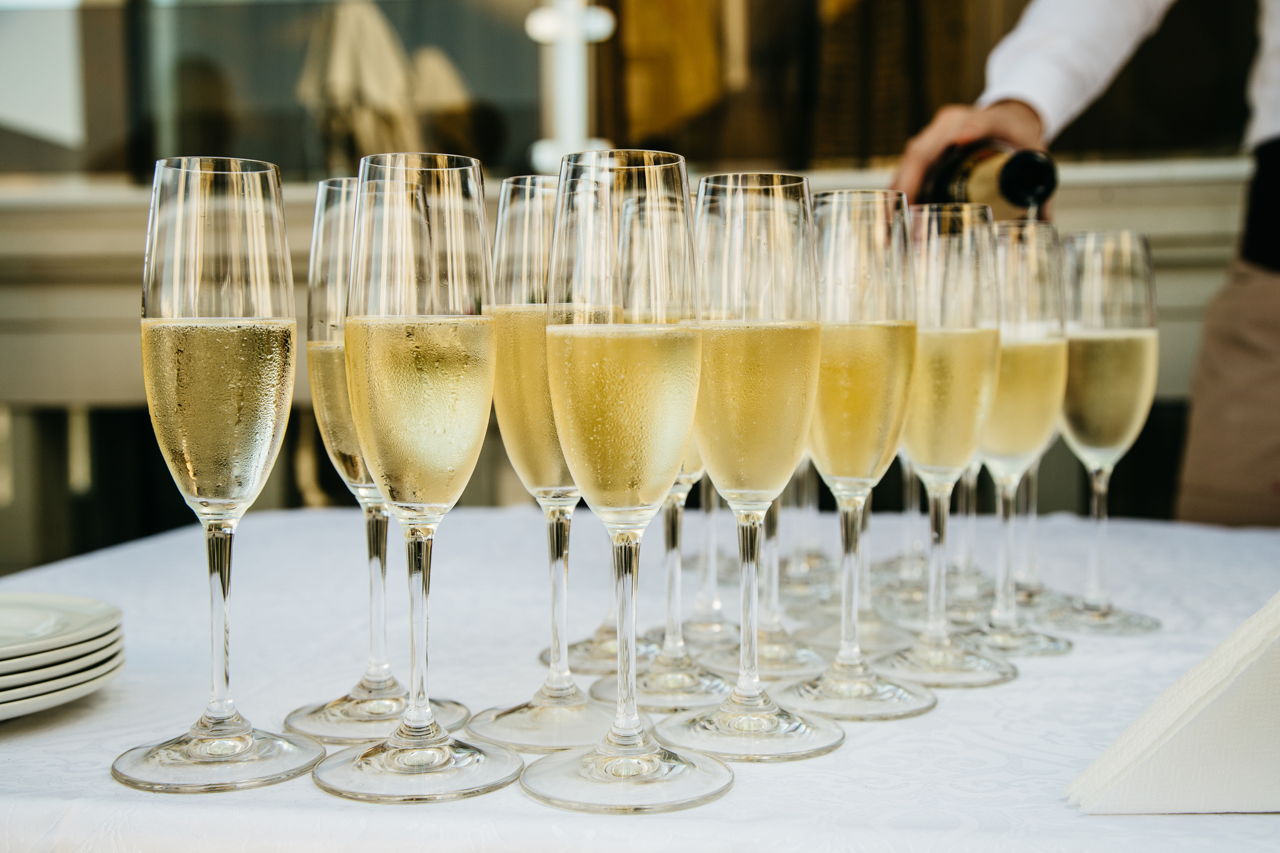 Champagne – the very name inspires luxury and style. This sparkling wine from France’s choicest vineyards has people spending outrageous amounts of money on it. If you don’t believe it, you absolutely have to read about the brands mentioned here. They’ll show you just how seriously people take their wine, and how much money they are willing to pay to adorn their cellars with the best ones. 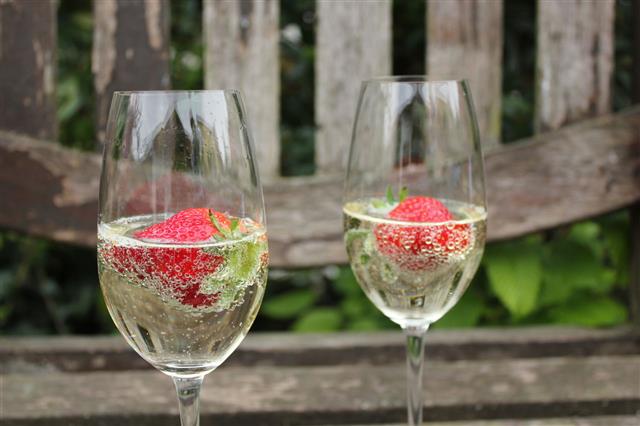 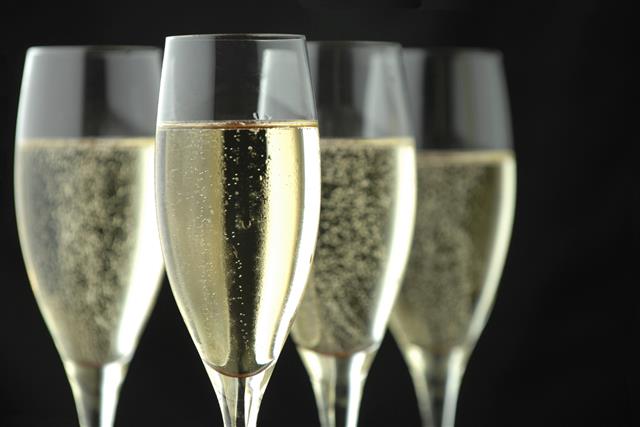 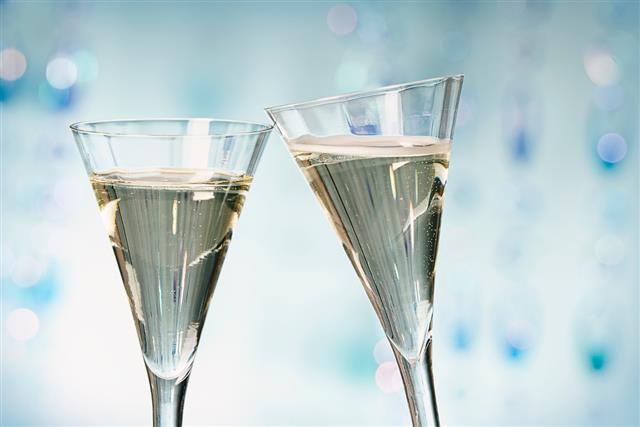 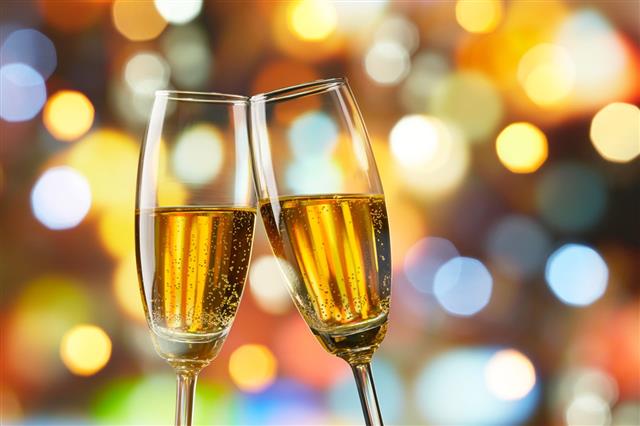 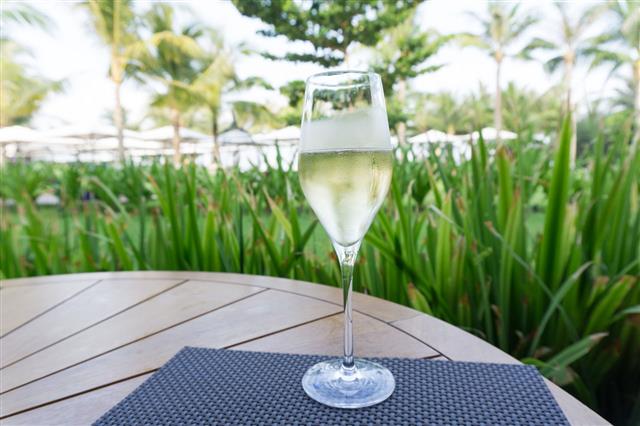 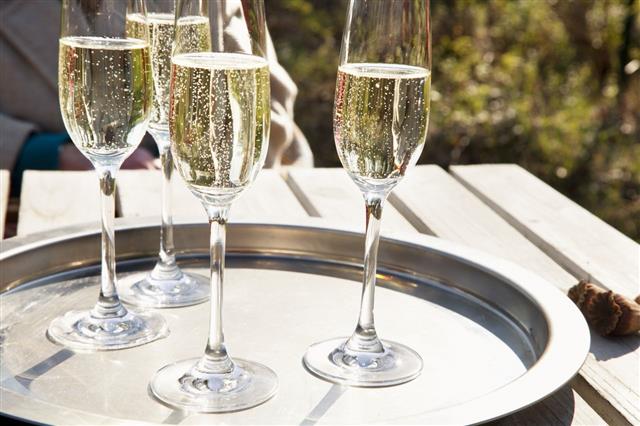 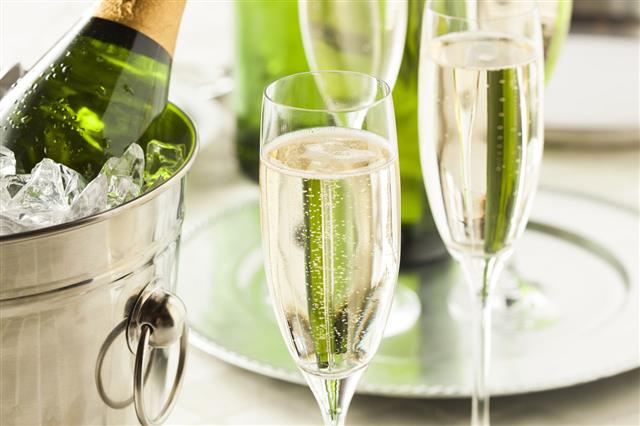 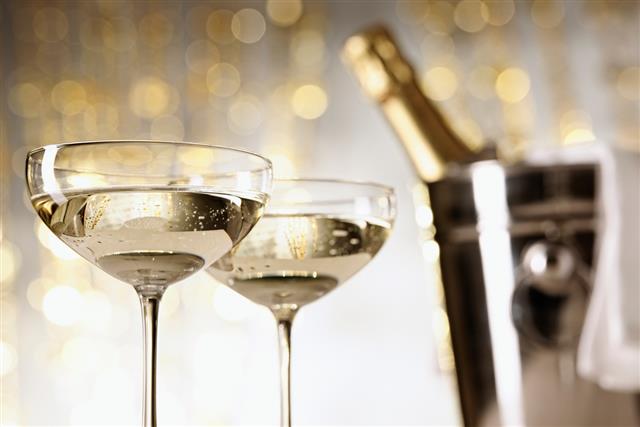 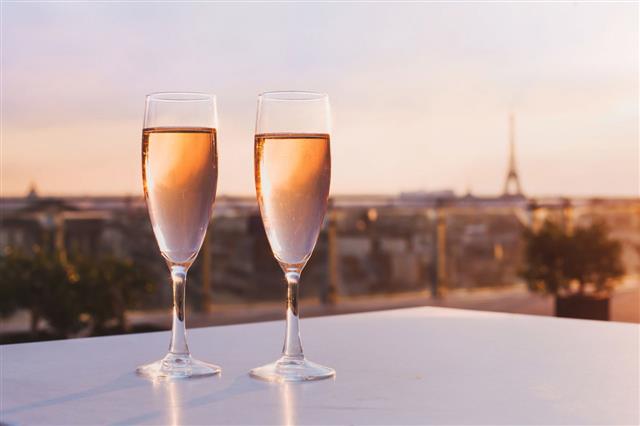 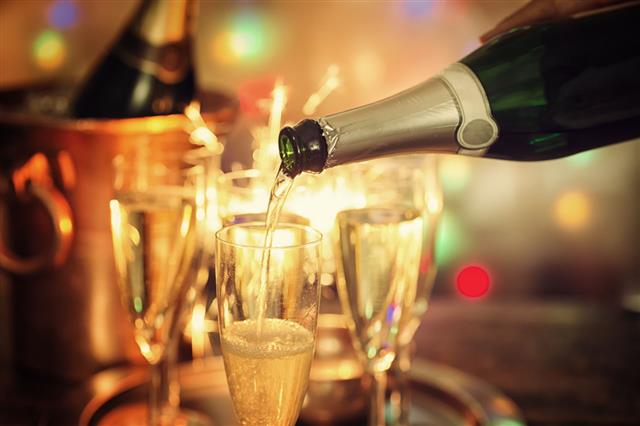 Talk about Disparity Among Siblings!

The Charles Heidsieck Brut Reserve and the Shipwrecked 1907, both belong to the Heidsieck & Co. champagne house. While the former costs a mere $40, the latter costs a whopping $275,000

A bottle of champagne is the ultimate epitome of luxury and indulgence, isn’t it? That rush of hearing the cork pop and watching the bubbly guzzle out of the bottle and flow into that dainty flute gives one a sense of decadence and revelry that can be matched by few other things. Even within the world of this luxurious sparkling wine, there are a few names that have and will always remain immortal, not only for their vintage, but also for the outrageous (albeit justified) amount of money they cost. Let’s take a dive into the world of expensive champagne brands and see just why they cost the earth and a half.

Yes, you read that right. The Shipwrecked 1907 is THE most expensive champagne, which makes Heidsieck the most expensive champagne brand in the world. Why does it have such an unfortunate name? There’s an interesting history behind it. Jönköping, a freighter from Sweden was commissioned to deliver 2000 wine bottles to Tsar Nicholas II in Russia during World War I (in 1916). Unfortunately, the freighter was hit by a German submarine, causing it to sink. With the ship sank the 2000 bottles of wine, which were discovered 80 years later. After their discovery, these bottles were sold at multiple auctions all around the world. The Ritz Carlton in Moscow bought most of these bottles, and it was at one of the auctions here that one of the bottles was sold at the unbelievable price of $275,000 to an unnamed buyer.

When you read the words ‘Limited Edition’ you automatically assume that the object is going to burn a deep hole in your pocket. And true to this, the Pernod-Ricard Perrier-Jouët comes at an astounding $50,000 for a set of 12 bottles. What makes this so special? Firstly, only 100 bottles were made to sell to ‘super-rich’ clientele in Britain, Japan, China, Russia, France, Switzerland and the United States. Secondly, every buyer was given the luxury of personalizing the bottles. They were flown down to Epernay in eastern France, where they got to pick and add their choice of liqueur to the wine, under the guidance of Herve Deschamps, the cellar master at Pernod-Ricard. Once the bottles were ready, the buyers were also given the option of storing them under the care of the Pernod-Ricard cellar for an additional 8 months. Now that’s how you treat your drink in style!

A jeroboam is a large bottle of wine that has a capacity of 3 liters. The Dom Perignon White Gold is the most expensive in this class of champagne. As the name suggests, the 100 bottles that were produced are actually sheathed in white gold. The Dom Perignon label is laser-engraved on this white gold sheath. This makes them exclusive, luxurious and of course, expensive. This vintage champagne, which was named after a Biblical king, was unveiled as a commemoration of the new year on 1st January in 2008.

For some, just the name Krug might be sufficient to know that any wine from their cellar is impeccable. The 1928 is one of the self-proclaimed ‘greatest champagnes’ that Krug has produced. It was released in 1939, which gives it its excellent vintage. Having been produced using the choicest grape varieties from the Krug vineyards, fermented in special oak caskets to render each wine its own personality, and aged in their cellars with timely alterations has made the 1928 one of the most expensive bubblies to be sold at an auction (March 28, 2009 at an Acker Merrall & Condit’s auction in Hong Kong) at around $21000.

Louis Roederer inherited Dubois Père & Fils in 1833 from his uncle. He renamed it Roederer and expanded it by targeting international markets. The house produces Cristal as a luxury champagne. The trademark design of the Cristal bottles (Methuselah being a 6 liter one) includes a flat bottom, clear crystal, UV-resistant cellophane wrapping, and a gold label. Together, they render the high price to the bottles. Plus, the fact that rappers like 50 Cent, Puff Daddy, Jay-Z, etc., made references to Cristal in their songs in the late 1990s, upped the market value quite a bit, making it not only popular, but also exclusive.

Apart from the outrageously but justifiably priced champagne brands mentioned above, there are some others that are sold at prices way beyond normal, but lower than the aforementioned ones. These include Bollinger, Laurent-Perrier, Veuve Clicquot Ponsardin, Gosset, Pol Roger, and Taittinger Champagne.

Priceless moments are best celebrated with a flute of scintillating champagne; a flute that has been earned. Here’s to someday sipping one of these exquisite champagnes. 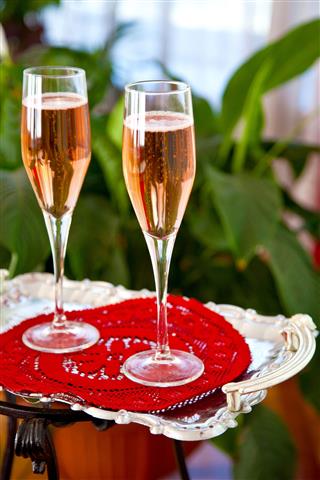 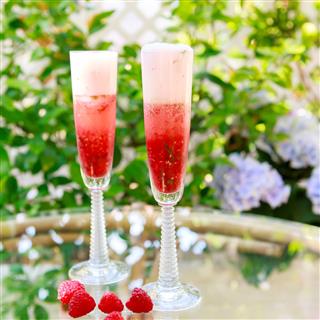 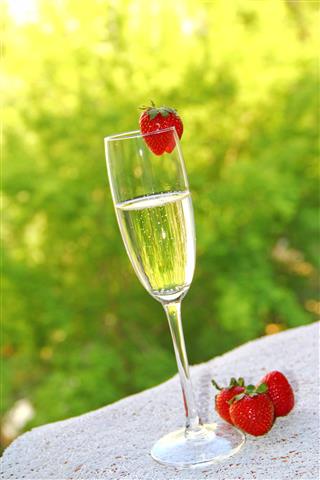 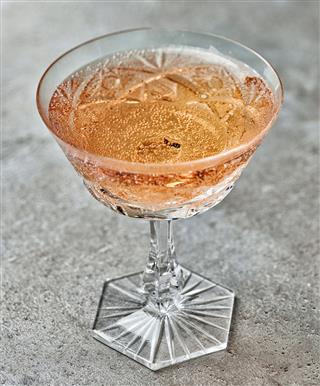 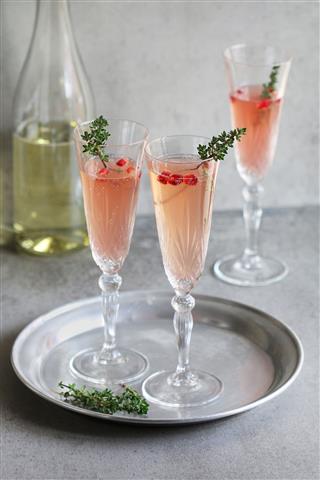 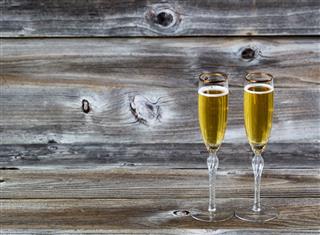 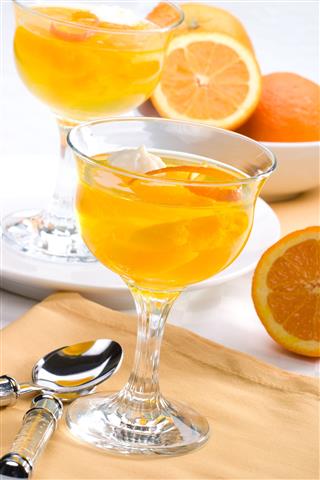