Learn How to Make Your Own Flavor-packed Crushed Tomatoes

Making your own canned tomatoes is an activity worth giving a shot. It requires a little patience, where the results definitely pay off. It's not just healthy, but packs a flavor punch like no other commercially-packed sauce.

Making your own canned tomatoes is an activity worth giving a shot. It requires a little patience, where the results definitely pay off. It’s not just healthy, but packs a flavor punch like no other commercially-packed sauce. 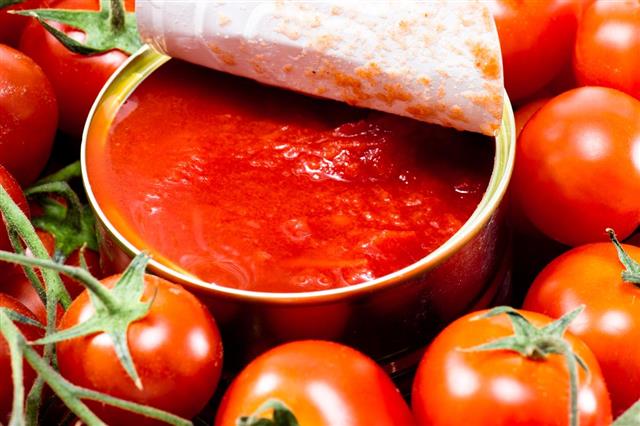 When you make canned tomatoes, the best kind to use are Roma tomatoes. Use the crushed tomatoes within three to four days, since without properly preserving them, they can go bad. To extend its life and not worry about spoilage, pour the final mixture in a freezer bag before popping it into the freezer. Let’s take a look at how to make this concoction.

How to Make Canned Tomatoes at Home

It is important not to include the skin, seeds, or hard bits of a tomato if you want a smooth sauce that doesn’t end up with these gritty bits in your meal. Using the following recipe, prepare the canned tomato mix and then follow the instructions of how to can it, in canning tomatoes. Disinfect the mason jar prior to using it for the sauce.

If you use a pressure canner, you’ll be able to extend the life of a batch, with the chances of spoiling greatly reduced. This additional step will also intensify the sauce’s flavor. You’ll need to buy a pressure canner for this to be possible, where it doesn’t require being a rocket scientist to learn how to use one in the final stages of canning tomatoes.