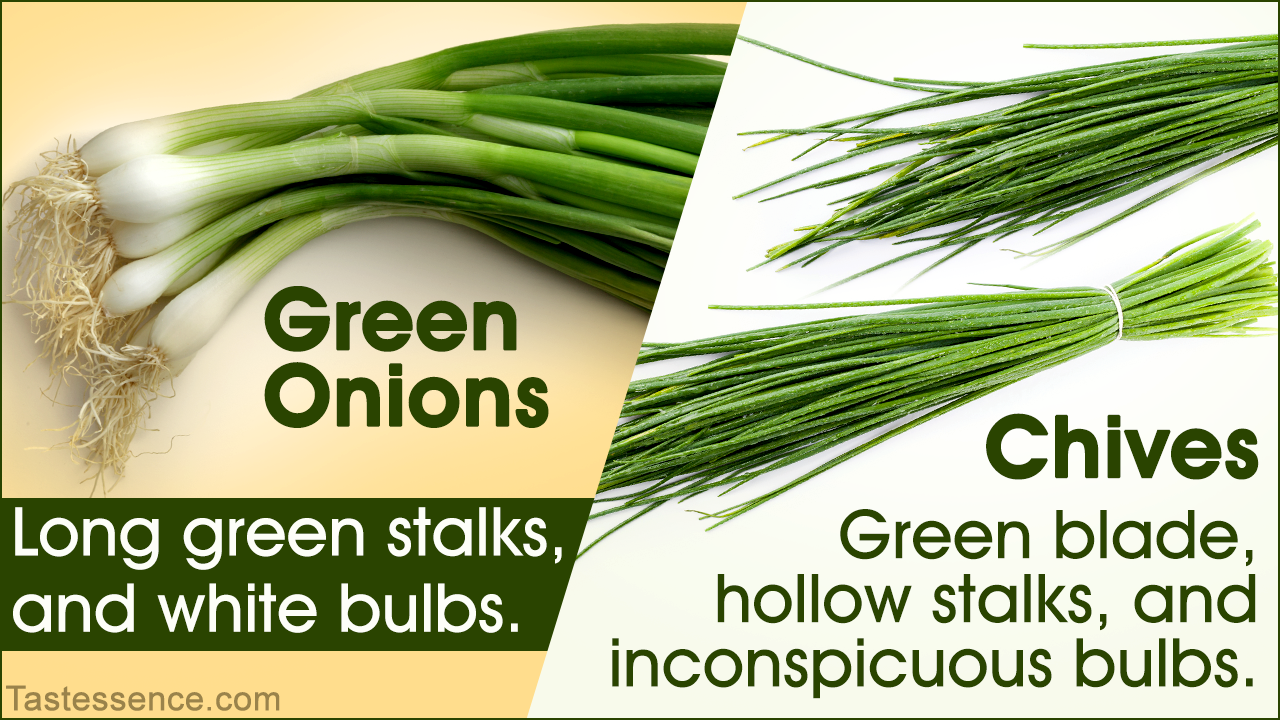 Did You Know?
Peter Glazebrook, a 68-year-old farmer from Newark, has bagged the Guinness Book of World Records for the world’s largest onion―weighing 18lb 1oz.

With the onion family being so large, and so many different species and subspecies, it’s not easy to spot the difference between various members like green onions, scallions, chives, shallots, leeks, etc. As a result there’s such a lot of confusion with regards to their identification. What makes it even more confusing is that restaurants often use them interchangeably in the dishes.

While all belong to the same onion family, they have their differences. In this particular article, we’ll be dwelling upon only the thin line of difference between green onions and chives. While both chives and green onions are added over baked potatoes, eggs, etc., they aren’t one and the same. Let’s take a look at their distinguishing factors.

In the United States, green onions and scallions may be used interchangeably, however, they are not the same. Green onions have long, slender, green stalks that end in small, white onion bulbs. Chives on the other hand, although part of the bulbous onion family have inconspicuous bulbs. The bulbs are so tiny that they almost pass off as non-existent. Their green stalks are long, tender, and hollow, and resemble grass blades.

Green onions are mainly grown for their tender white bulbs, rather than their green stalks. Chives on the other hand, are harvested for their flavorful stalks, because their bulbs are poorly developed.

Chives have weakly developed bulbs, with only their green stalks being used for culinary purposes. The stalk is snipped and used as a garnish on various dishes, while the bulbs are discarded. Thus, in chives the underdeveloped bulbs are inedible. However, their purple flowers are also edible and often added to salads and as garnish. In case of green onions, both the tender white bulbs as well as the green stalks are edible.

Both the stalk and bulb have a mild onion flavor, and can be eaten raw or can be sautéed before adding it to different dishes. Chives on the other hand, come with mild onion- or garlic-like flavor. They are mainly snipped raw and added to dishes to give the dish an oniony flavor without having to add onion pieces to it. However, cooking them will destroy their flavor, which is why they are snipped raw. They may even be dried and used as a flavoring.

Chives are used mainly for seasoning salads and flavoring pancakes, cottage cheese, stews, sandwiches, fish, soups, eggs, etc. In Japan, they are used for seasoning several dishes, while in Poland they are served with quark cheese. They also make lovely garnish when snipped raw over deviled eggs. Green onions on the other hand can be consumed raw after slicing or can be added to salads and sandwiches. Diced scallions are used in soups, seafood recipes, noodle preparations, etc.

Thus, although both belong to the same onion family, both chives and green onions are different, and are used slightly differently in the kitchen. So, the next time you go shopping for these greens, hopefully you’ll have a better idea as to what you’re looking at! 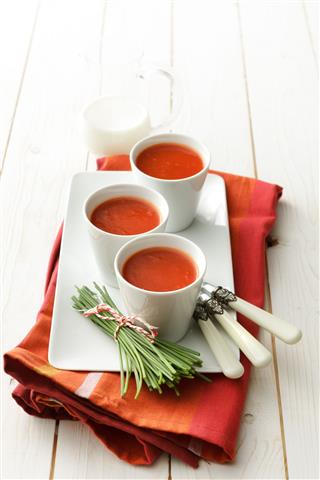 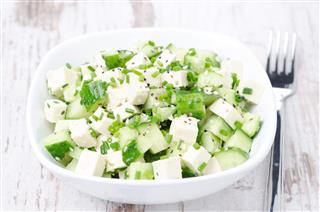 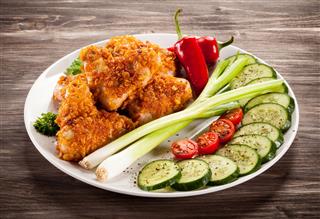 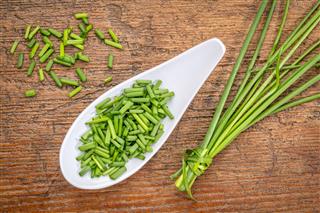 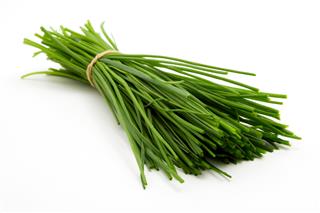 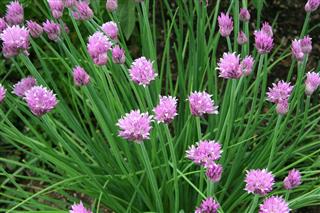 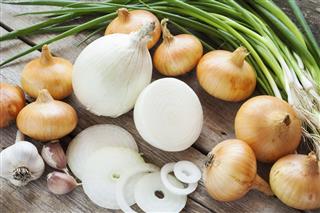 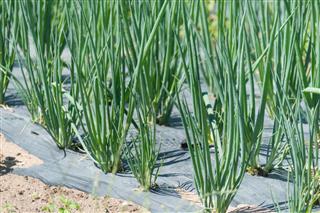 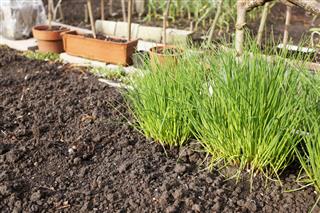