Everything About Candy Corn: Invention, Ingredients, and More

Candy corn is a popular confection, which resembles ripe corn kernels in shape. This article provides information about the ingredients in candy corn. 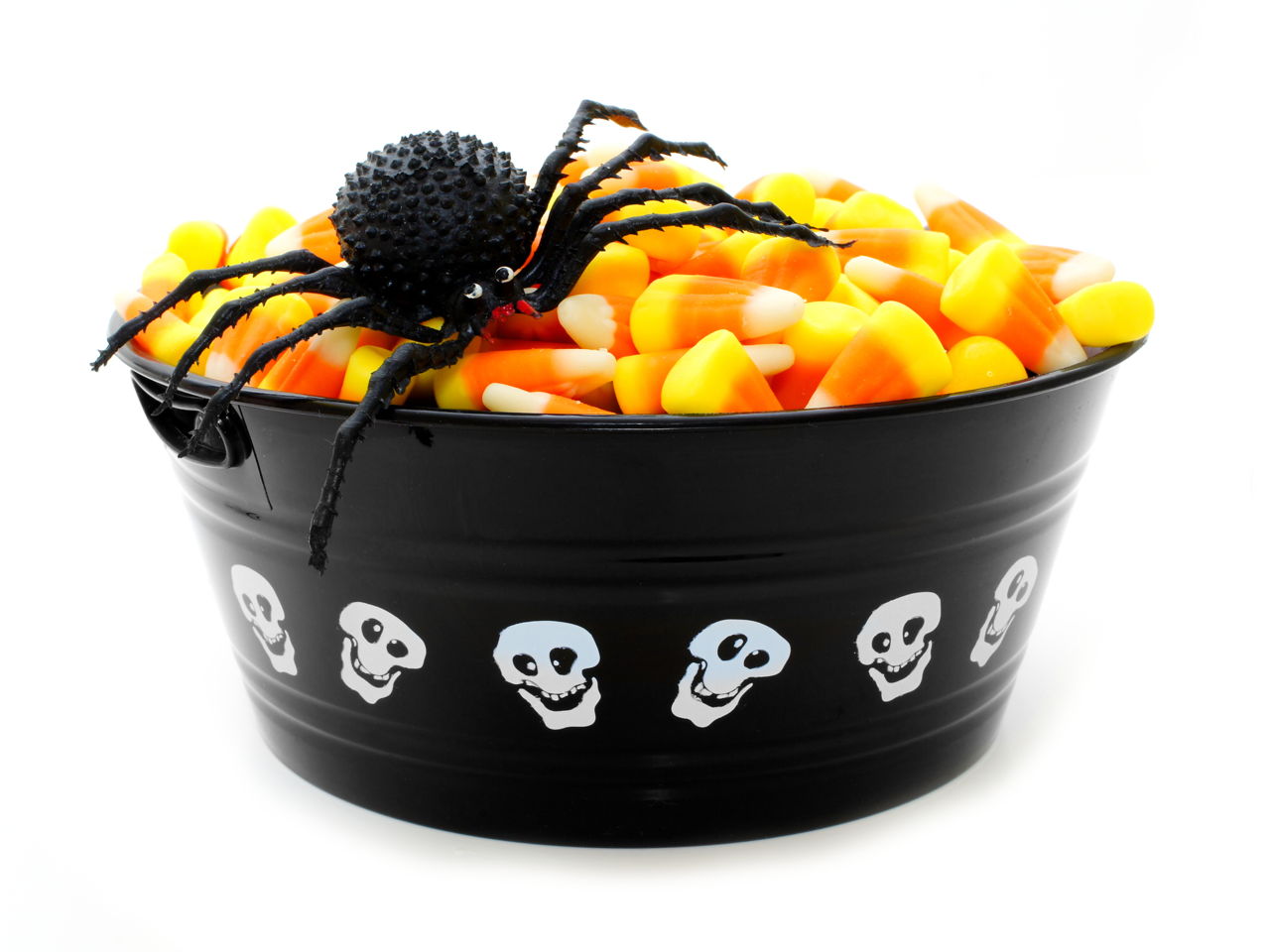 Candy corn is a popular confection, which resembles ripe corn kernels in shape. This article provides information about the ingredients in candy corn. 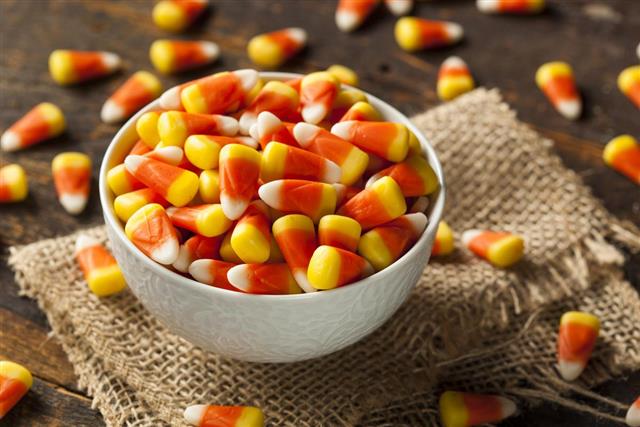 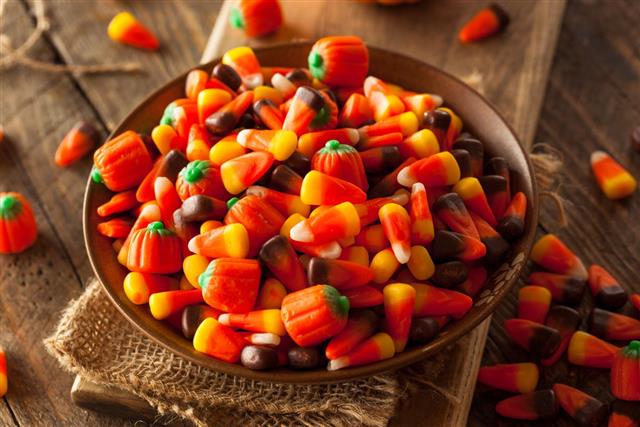 When it comes to Halloween, carved pumpkins and candy corn are indispensable. Almost everyone is familiar with this tri-colored candy, which looks like ripe corn kernels. While the traditional candy corn has yellow, orange and white colors; the modern versions come in different colors and flavors. Indian candy corn has brown, orange and white colors, and is mainly used during Thanksgiving. The colors used in reindeer corn (meant for Christmas) are green, white and red.

Valentine’s day eve is marked with cupid candy corn, which has pink, white and red colors. During Easter, pastel-colored bunny candy corn is used. However, the traditional candy corn is the most popular form, and is manufactured in huge amounts during Halloween. The popularity of this confection is evident from the fact that every year, October 30 is observed as National Candy Corn Day.

Even though candy corn is available in different colors during different seasons; the traditional type is available throughout the year. Candy corn recipe was invented by George Renninger of the Wunderlee Candy Company. The basic recipe of this popular confection has not changed, since its creation during the 1880s. The method of manufacturing, termed ‘cornstarch molding’, also remains the same. The tasks, which were initially done manually, are now done by machines.

During the initial years of candy corn production, thousands of workers were needed, and the manufacturing process lasted for eight or nine months (usually from March to November) a year. This was because of the tedious tasks involved in the making of candy corn, which is discussed in the following paragraph.

The basic candy corn ingredients are sugar, corn syrup, and a small amount of salt. All the ingredients are heated in kettles, till a slurry is formed. Earlier, marshmallow and fondant were also added, for a smooth texture and softness. The final mixture was poured into big buckets called runners. These buckets were carried by workers, who poured the mixture into trays imprinted with kernel shapes and padded with corn syrup. They had to walk from one end of the tray to the other end, pouring the mixture. This process had to be repeated three times and each time they poured the mixture in three different colors – white, yellow and orange. Once set, the candies were detached and packed. Now the production of candy corn is a mechanized process.

What are the Ingredients?

As mentioned above, the basic ingredients of candy corn are sugar, corn syrup and salt. However, manufacturers make slight changes in the recipe by using additives to alter the flavor and texture of the candy corn. Nowadays, carnauba wax is also used as a candy corn ingredient. This is a plant-derived wax that acts as a formulation aid.

Preparation Method
In order to prepare candy corn, you have to mix powdered milk, confectioner’s sugar and salt in a bowl. Keep the mixture aside. Take a saucepan, and combine regular sugar, corn syrup and butter; and boil this mixture over high heat. You have to stir this mixture continuously, till it boils. Once it boils, reduce the heat and cook for another five minutes. After that, turn off the heat, and mix the vanilla extract. Add the mixture of powdered milk and confectioner’s sugar, mix well and let cool.

Once the dough is cool, divide it into three parts, to which three different colors have to be added. Knead the dough separately, so that the color gets evenly distributed. The next step is to roll this dough into three differently colored ropes of around half-inch thickness. Place these dough ropes next to one another and gently press them together with a rolling pin. Now, cut it in triangles and let the candy corn set for at least an hour.

This is only a brief overview about candy corn ingredients and the process of preparing this confection. There are several variations of candy corn recipes, the basic ingredients remain the same – sugar, corn syrup and salt. 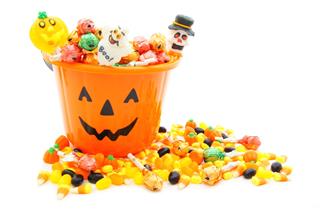 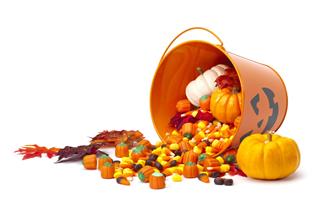 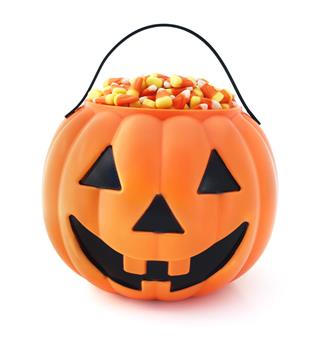 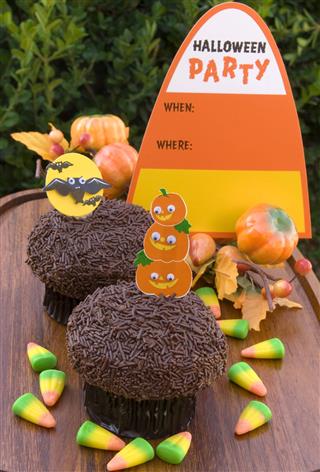 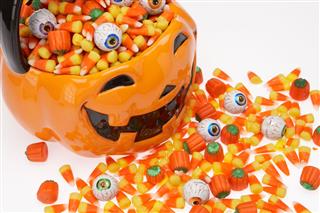 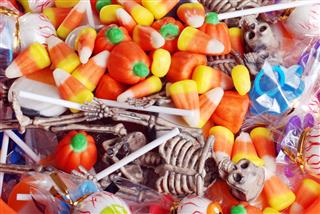 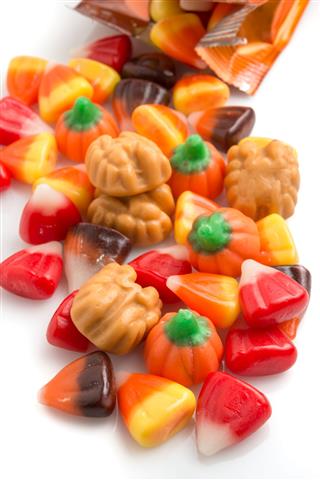 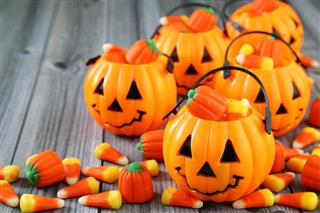 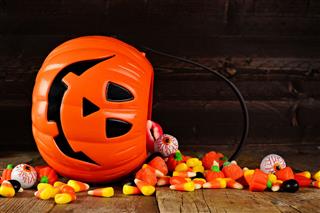 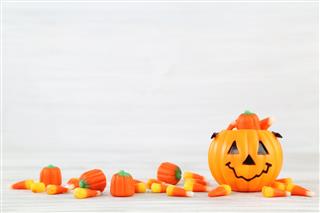