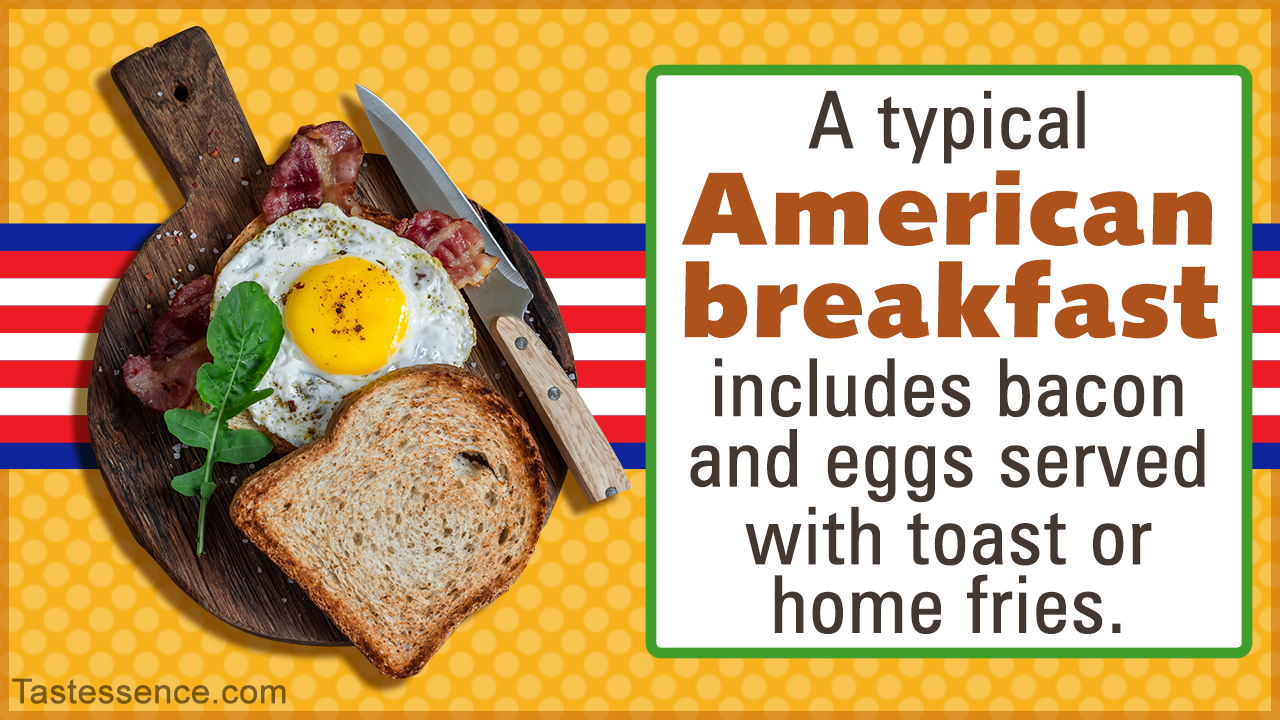 Breakfast is the most important meal of the day and there is no second thought about that! People across the globe in different cities, nations and continents have different breakfast menus. Depending on the locally produced crops, the vegetables and produce available in the land, the menu is mostly shaped. As far as the United States is concerned, a typical American breakfast would comprise mainly of hot fuel foods, which means they are foods high in carbohydrates, vitamin and mineral content.

It’s very difficult to zero in on the list of traditional American breakfast foods, however, we have tried to compile some of the commonly had breakfast foods below.

A full North American breakfast would comprise eggs, a breakfast meat that would either be bacon, ham, scrapple, steak or sausages, a form of potato like hash browns or fries, toast or baked foods like muffins or bagels, a fruit and coffee. Orange juice is also seen to be consumed a lot, instead of coffee. In South America, breakfast is mostly light, with just a sandwich washed down with coffee or juice. However, they do have their share of heavy breakfast that is called ‘big breakfast’ or ‘Sunday breakfast’. They tend to replace a few above items by pancakes, biscuits, cinnamon rolls, sweet pastries, grits, etc.

Breakfast food items like sausages, ham, bacon, etc. are mostly ready to eat, with the only preparation being to fry them. Moreover, muffins, bagels, donuts, etc. are store-bought breakfast foods. Thus, we will look at three American breakfast foods that involve some cooking. Let us have a look at their recipes. 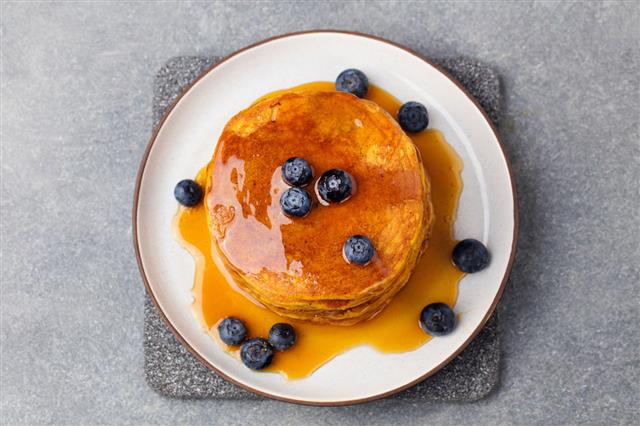 Also known as flapjacks, griddlecakes or hotcakes in the US, pancakes are popular breakfast foods in the US. The first pancakes are believed to be eaten by the ancient Romans. It was first adapted by the French from China and Nepal by crusaders in the 12th century. The Americans then took the recipe from them and began preparing them. The pancakes can be prepared sweet or savory depending on the extra ingredient added to them like fruits, bacon, cheese, etc. Let’s have a look at the recipe:

In a mixing bowl, add the flour, baking powder, sugar and salt and make a well in its center. Pour in the milk, beaten eggs, milk and melted butter in the well and mix well, till a smooth batter like consistency is obtained. Since it’s more convenient to pour the batter onto the pan (than spoon it) while frying it, transfer the batter into a jug. Allow the batter to sit for 20- 30 minutes before making the pancakes.

Get the pan on the burner and pour in some batter in the shape of a circle. When the side facing you begins to bubble and blister, flip the pancake. Cook for a minute and then serve after drizzling some glorious golden honey or maple syrup on it. Adding some melted chocolate into the batter will give you lovely chocolate pancakes. Adding fresh or thawed blueberries into the batter will result in gorgeous blueberry pancakes. Various additions can be made to the above-mentioned pancake mix, to get a customized pancake.

How and where the genesis of French toast took place we do not know. However, when we can eat those lovely ‘eggy breads’, who is interested in its origin?

Beat the egg, milk, cinnamon, vanilla and sugar together until the mixture is light and frothy. Place a skillet on the stove and let it warm up. Dunk the bread slice into the frothy egg mixture and allow it to completely soak the egg mixture. Add some butter to the hot pan and place the egg-soaked slice of bread onto the pan. Flip after a minute. Fry till both sides are golden brown and serve with any syrup of your choice.

Hash browns are typical American breakfast food items seen in North America. They are often fried on a griddle or large common cooktops. They are mostly served along with steak during breakfast.

Using a grater, grate the peeled potatoes. Wash the potato shreds in some water and drain the water. Using a dry, clean towel, pat the grated potato dry. You can use a potato ricer to remove the moisture and give a crispier texture. Place these shreds into a mixing bowl and add the chopped onions, olive oil, salt and pepper and mix well. Take a skillet and add some butter into it. Dollop this mixture into it. Using a spatula, separate the potato shreds into four sections and fry till the potato becomes golden brown.

People in the United States have more of coffee than tea in their meals, and mostly they have coffee all throughout the day. Moreover, the younger generation is seen to even have cold pizzas and left-over spaghetti for breakfast. So the trends are changing! Then again, many are getting health conscious and are sticking to fresh fruit cups and smoothies for breakfast to avoid all the extra calorie intake from baked and sweet food items. 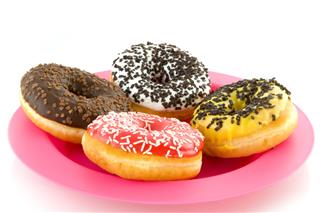 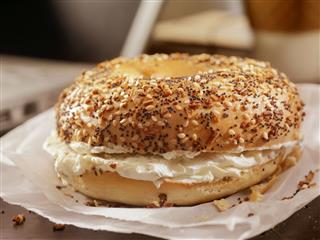 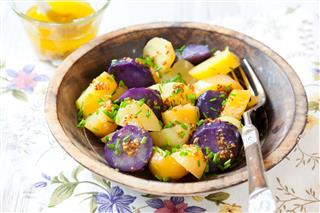 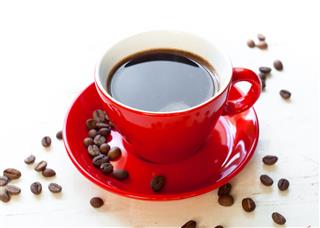 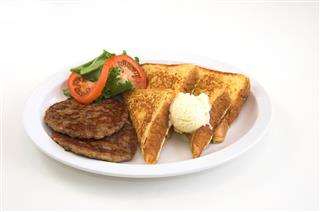 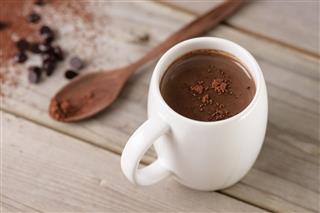 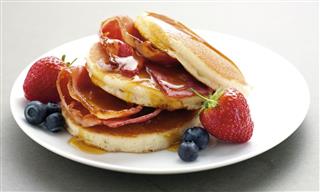 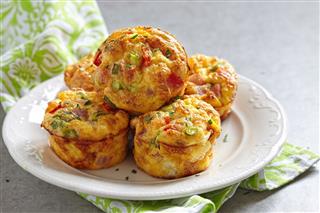 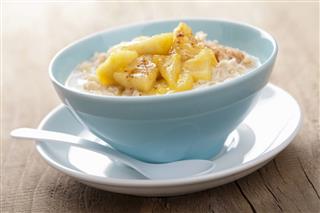 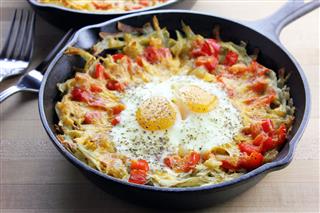 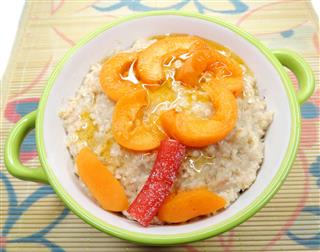 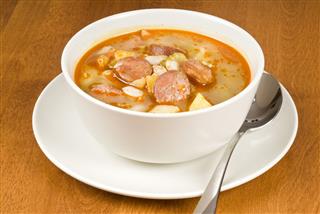 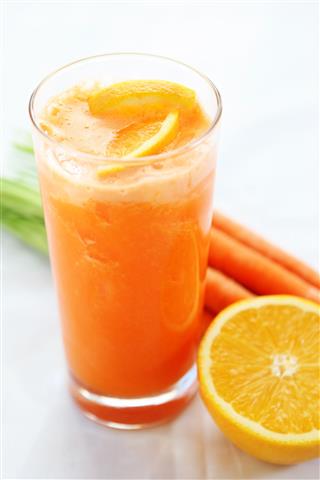 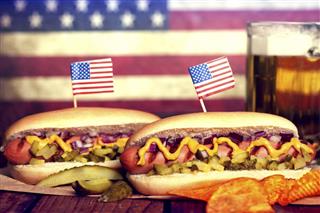 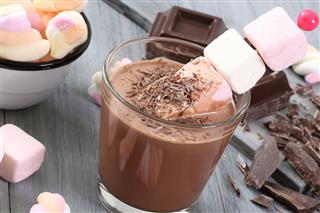 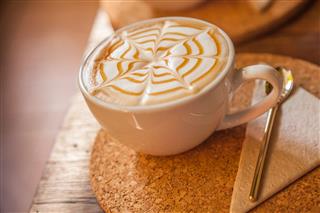 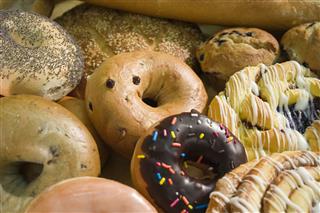 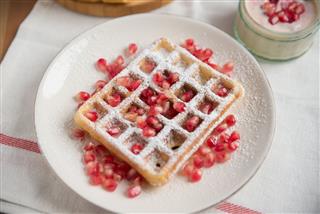 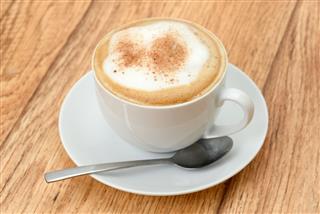 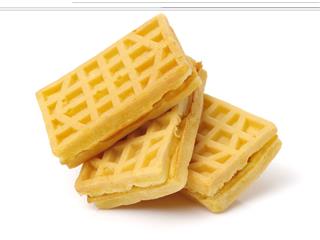 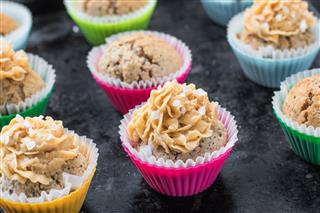 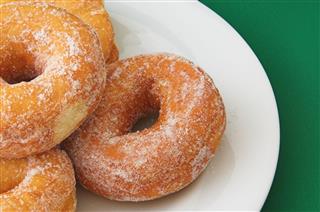 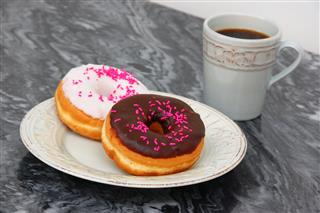 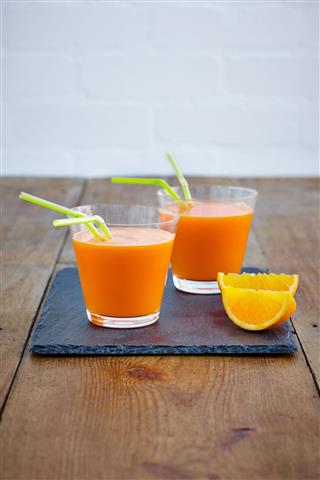 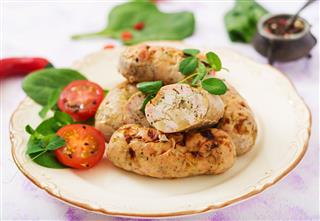