8 Substitutes That Can Be Used to Replace Vanilla Extract

Almost every other baking recipe calls for vanilla flavoring that is available as extract, paste, essence, and powder. Here is a list of substitutes that can be used to replace vanilla extract.

Almost every other baking recipe calls for vanilla flavoring that is available as extract, paste, essence, and powder. Here is a list of substitutes that can be used to replace vanilla extract.

When it comes to spices, vanilla is the second most expensive one after saffron. This is because of the labor-intensive cultivation and processing of the seed pods.

One of the most popular food flavorings, vanilla has a distinct sweet aroma. It is derived from the seed pods of the orchids that belong to the genus ‘Vanilla’. It is used for culinary purposes, for aromatherapy, and for making perfumes. As a food flavor, vanilla is commonly available in different forms, like extract, paste, powder, and essence. Even the seed pods are available in stores. What if it is not available, when you want to cook some recipe that calls for vanilla extract? In that case, you may use any of these substitutes.

What to Use Instead of Vanilla Extract?

It can also be used in place of vanilla extract. Unlike the natural extract derived from the seed pods of the vanilla plant, the essence is made of synthetic compounds. The extract has a stronger flavor than the essence. If you require one tablespoon of extract, replace it with two tablespoons of essence.

It is an alternative to vanilla extract, if the alcohol-content is not a problem. Replace a tablespoon of extract with two tablespoons of liqueur. You may also go for almond-flavored versions.

This is an extract that contains citrus, vanilla, and flower essences. It can be used as a vanilla extract substitute that will not alter the taste of the dish. If you need one teaspoon of vanilla extract for preparing a recipe, replace it with half a teaspoon of Fiori di sicilia. However, this product is not as easily available as vanilla extract.

Vanilla beans can be used directly, while preparing the recipe. Cut the bean lengthwise, and scrape the seeds. You may use the pulp as well as the seeds directly. In that case, one teaspoon extract can be replaced with a single vanilla bean. Another method is to steep the inner seeds and pulp along with the pod, and use that liquid in place of vanilla extract. In that case, use half vanilla bean for a teaspoon of vanilla extract.

This is also a good substitute. To prepare the same, split a vanilla bean and remove the gooey part. Make a syrup of water and sugar in a pan. Add the bean and the gooey part to this syrup and simmer for 15 to 20 minutes. You can use this syrup instead of vanilla extract. Make sure you reduce the sugar content in the recipe.

Homemade vanilla extract can be made easily, if you have vanilla beans. Though vodka is the most preferred base for making vanilla extract, even rum and bourbon can be used for this purpose. Take three dark and supple vanilla beans. Slit them vertically through the center. Place the slit beans in a sterilized jar, and pour a cup of vodka into it. The bean must be fully immersed in the vodka. Keep the jar in a cool, dark place for a month. Shake it in between. Once you start using the extract, replace it with an equal amount of vodka. Replace the beans after six months.

These substitutes can be tried at least once to choose the best one amongst them, so that you will always have an option in case of emergency. Remember that a substitute which proves best for a particular recipe, may not work for another. So choose the substitute according to the recipe to be prepared. 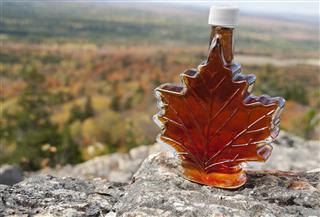 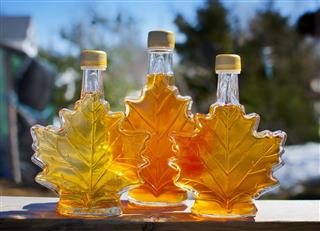