Do You Know What the Alcohol Content in Vanilla Extract Is?

Vanilla is a tropical plant, mostly grown in Mexico, South America, Central America, and the Caribbean. The extract from vanilla beans has various purposes. Given in this article is the alcohol content of vanilla extraxt, along with its ingredients.

Home / Drinks & Alcohol / Do You Know What the Alcohol Content in Vanilla Extract Is? 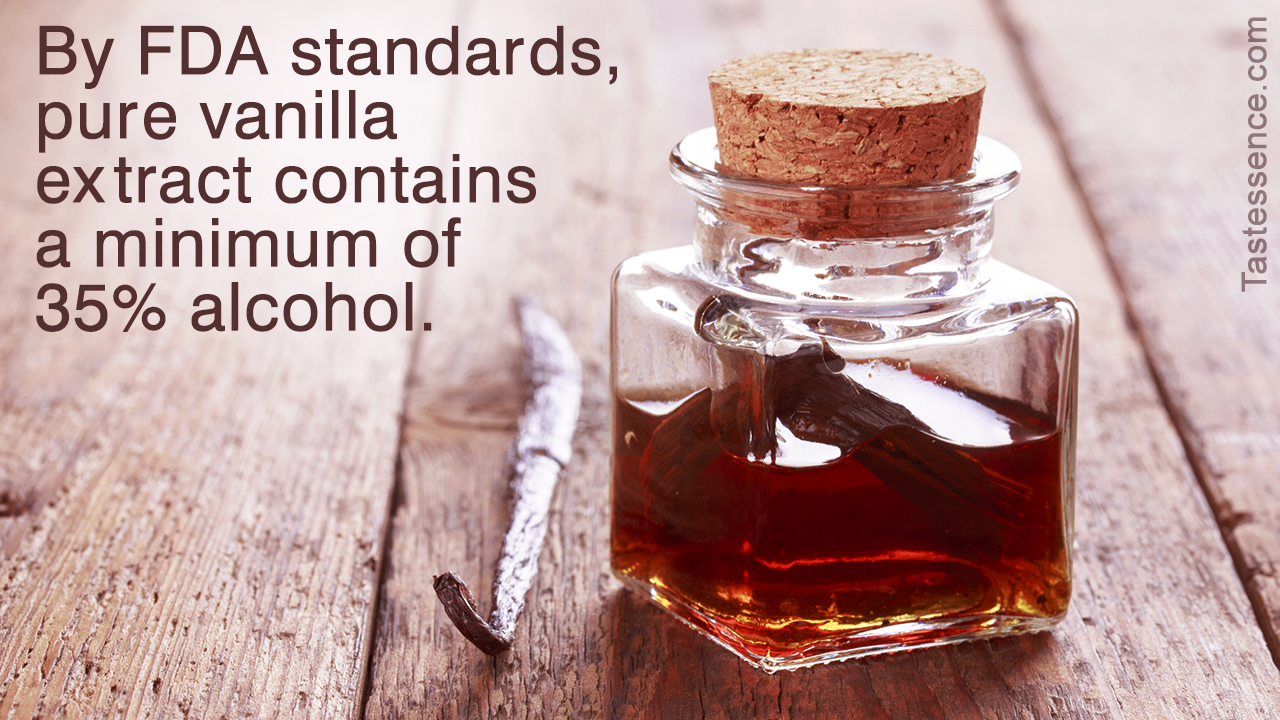 Vanilla is a tropical plant, mostly grown in Mexico, South America, Central America, and the Caribbean. The extract from vanilla beans has various purposes. Given in this article is the alcohol content of vanilla extraxt, along with its ingredients.

Did You Know?
Vanilla belongs to the orchid family, in fact, it is the only edible species of orchids.

Vanilla plants were initially cultivated by the Pre-Columbian Mesoamerican natives, which were later on introduced to Europe and the rest of the world, by the Spanish conquerors. Today, there are about three major vanilla plant cultivars that are grown across the world. However, V. planifolia variety, which is also known as Madagascar vanilla is the most popular type. Vanilla is used in its various forms as, pods, beans, vanilla extract, and essential oil. While the pods and beans are incurred without any chemical additives, the extract requires significant amount of alcohol.

Vanilla extract is the most popular flavoring agent which is used for flavoring bakery products. It is made by soaking vanilla beans in alcohol and water. Vanilla beans comprise more than 50% of the ingredient formulation for vanilla extract. Vanillin or ethyl vanillin can also be used as a synthetic replacement of vanilla beans to make the extract.

Sugar helps the infusion and better dissolution of all the ingredients that are used for making the vanilla extract. It also reduces the bitter taste that the vanilla beans and alcohol bring into it. Along with sugar, artificial caramel color is also used for better visual value of the extract. All these ingredients are diluted by using water and alcohol. Commercially, vodka is used for making the vanilla extract. Which is also replaced by rum or brandy. The alcohol and water content greatly varies in accordance with the recipe and brand of the extract, which is used. The USFDA has a few rules and regulations about the alcohol content in vanilla extract, which is worth considering.

As mentioned above, the amount of alcohol varies from one brand of vanilla extract to the other. According to the USFDA, one gallon of pure vanilla extract should contain a minimum of 35% alcohol, 65% water, and 13.35 oz. vanilla beans. However, you might find variations in the alcohol content in different products. It is also observed that pure vanilla extract, which is incurred from the real vanilla beans takes least or absolutely no alcohol. Such extract contains about 2 to 3% alcohol. However, today most of the extract is obtained by using the vanillin rather than vanilla beans. It is also the reason why many people are worried about the amount of alcohol that they consume unknowingly.

But the fact is, the alcohol content gets evaporated during cooking or baking and hence, the least amount of it actually gets ingested inside our body. Secondly, only small amount of vanilla extract is required to flavor the entire food recipe hence, we use only a few drops or teaspoons of it. As a result, such small amounts of the extract get equally distributed through the dish which is not much harmful. However, regular and direct consumption of vanilla extract can surely cause some of the harmful effects on the body.