Here’s All You Must Know About Substituting Applesauce for Butter

Substituting applesauce for butter has both positive and negative effects. It can reduce the calorie count. However, it is important to understand if it can retain the deliciousness of the prepared dish. Read through this Tastessence article to know more. 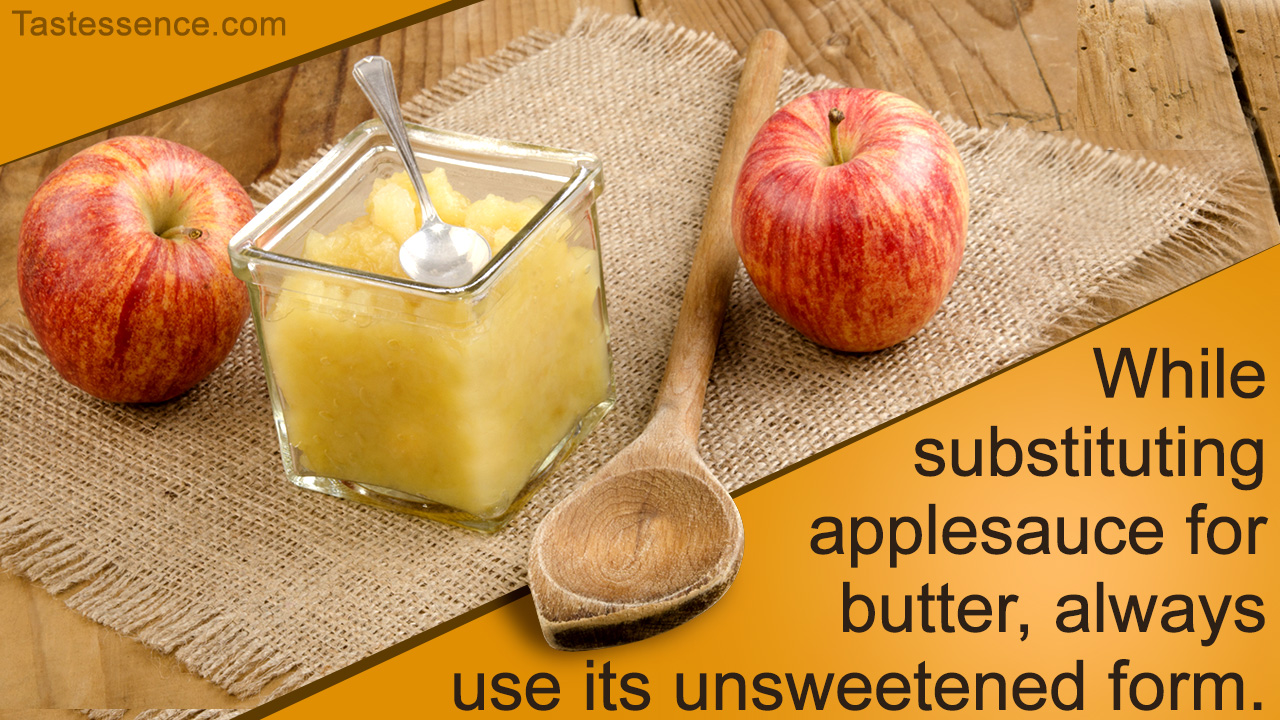 Substituting applesauce for butter has both positive and negative effects. It can reduce the calorie count. However, it is important to understand if it can retain the deliciousness of the prepared dish. Read through this Tastessence article to know more. 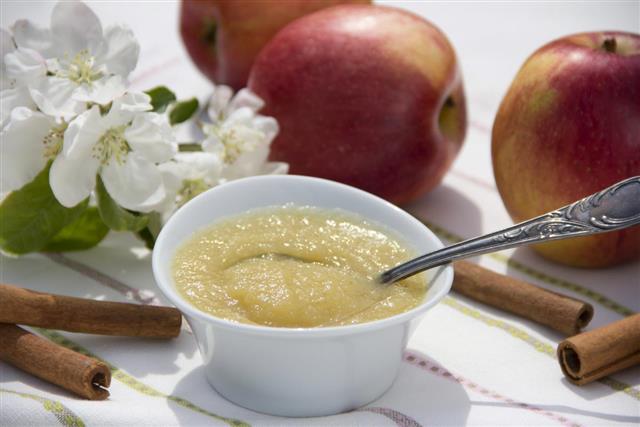 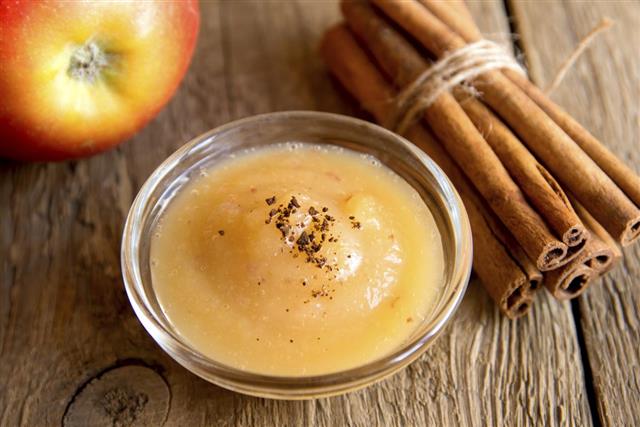 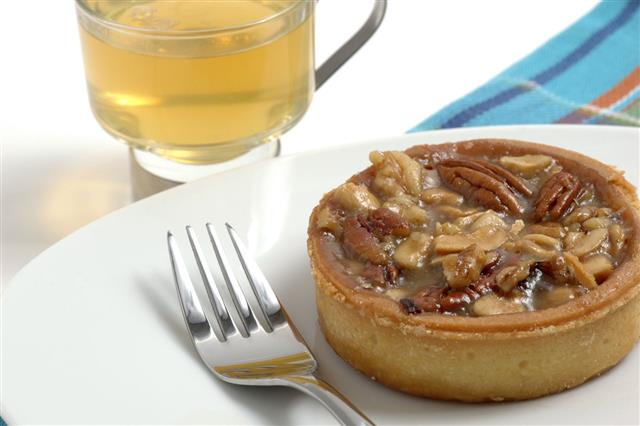 If you take out one single ingredient of a recipe, it loses its original taste and texture. This is the reason why finding the perfect food substitution is a really daunting task. However, some scenarios, like health considerations, food allergies, and shortage of certain less important ingredients of a recipe, may force you to search for an equally effective food substitute. One of such commonly consumed food product that determines textures and taste of numerous food recipes is butter. If you don’t have the required amount of butter or are planning to reduce the consumption of butter for health reasons and weight loss; then finding the right kind of substitute is the best thing that you can do.

How to Substitute Applesauce for Butter

Another important guideline to be followed while preparing any kind of recipe is not letting any alteration to occur in the cooking or baking time. Alteration in time may result to a too dry or too moist recipe. Unlike oil substitute for butter, applesauce substitution should be done in the 1:1 ratio. It means, if the recipe that you are preparing calls for a cup of butter, then you should use ½ cup of butter + ½ cup of applesauce. You can also try some variations when you substitute applesauce for butter in cake and brownies. For instance, try using ¼ cup of butter + ¾ cup of applesauce and check how the recipe turns out to be.

When you are preparing a recipe in which butter is a vital ingredient, you have to use it in the necessitated amount. If you don’t happen to have butter at home, then you may have to search for a substitute that smoothly replaces butter and imparts the same taste to the recipe. You must have heard and even tried substituting oil for butter. Well, one thing to be noted is replacing oil for butter is a totally different thing than replacing butter with applesauce. Especially when you are substituting applesauce for butter while baking, you need to be even more careful. There are quite a few things that you may need to remember while doing so. Most of all, the texture and the kind of baked recipe that you are preparing.

If you are substituting applesauce in place of butter in cookies, then you may have to think twice, since it affects the crisp texture of cookies. They also claim that applesauce makes the cookies to appear soft, like brownies and cakes. Hence, unless you are fond of cakey and mushy cookies, you should not use this puree as a substitute for butter. However, experts advocate that one can use this replacement for butter in brownies, cakes, and other such soft-textured recipes, considering the fact that it contributes to the structure of cake and brownie recipes. It is the reason why you can use applesauce as a substitute in cooking various bread recipe, muffins, cakes, and brownie recipes. But for other food recipes like cookies, biscuits, and such crispy recipes, you may need to search for another substitute.

Substituting applesauce instead of butter totally depends upon the consistency and texture of the recipe that you want to maintain. All in all, it is advised to use this apple puree only in soft recipes that call for butter and never in their crunchy and crispy counterparts! 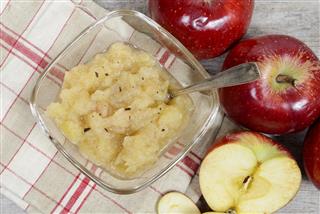 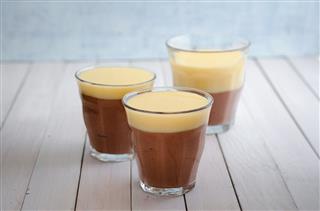 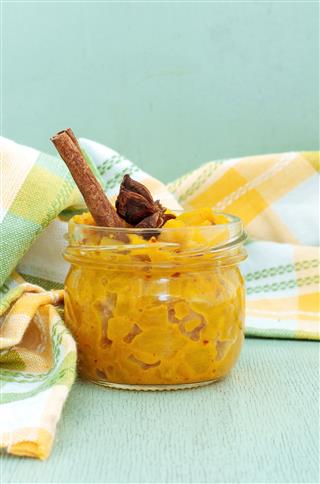