6 Substitutes for Stilton Cheese That Retain its Original Taste

Stilton cheese has a sharp and pungent flavor, that is best appreciated by a mature palate. It can be used in everything from pizza to salads, but for some people its powerful flavor is not appetizing. If you are one of them, then you should know that there are stilton cheese alternatives which work well in many recipes.

Stilton cheese has a sharp and pungent flavor, that is best appreciated by a mature palate. It can be used in everything from pizza to salads, but for some people its powerful flavor is not appetizing. If you are one of them, then you should know that there are stilton cheese alternatives which work well in many recipes. 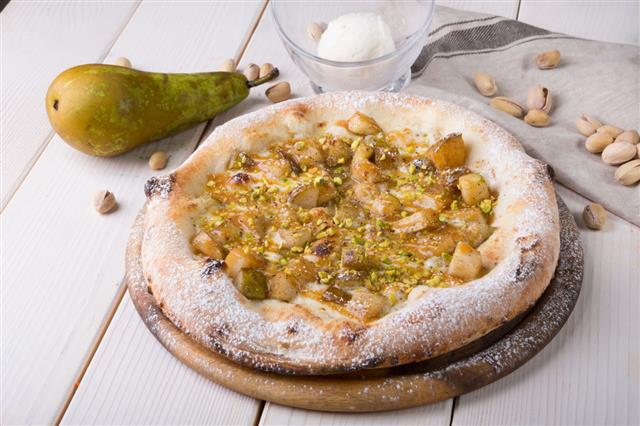 There are only six dairies in the world authorized to produce Blue Stilton cheese.

Stilton cheese is an English cheese made in two varieties: Blue and White. The white Stilton cheese is not very famous. Also known as ‘King of English Cheeses’, it takes its name from a village that is just south of Peterborough. Many researchers claim that Stilton cheese was produced in the 18th century. It is used not only for celebrations, but to perk up ordinary dishes too.

Stilton cheese is the only cheese to possess a Certification Trademark plus an EU protected name. Therefore it can be made only in the three counties of Derbyshire, Nottinghamshire, and Leicestershire. The process of making this cheese is quite easy. It is produced from cow’s pasteurized milk. It is made in a cylindrical shape and left to form its own crust and coat. One unique thing about this cheese is its blue veins visible from the center of the cheese.

It is a traditional British cheese that has a mild and slightly sour flavor. It is less salty as compared to other cheese counterparts. It has a semi-soft and crumbly texture to it, and it gets creamier with age. It has a slightly acidic flavor when young. As the cheese matures, it becomes softer and has a mellow flavor. Traditionally, Stilton cheese was paired with sherry and wine. It is widely used as a base for mixing it with ginger, apricot, and vine fruits to make unique desserts. It can also be consumed with walnuts, biscuits, crackers, and breads. Sometimes it can be difficult to get a hold on Stilton cheese, but you can always try a replacement for Stilton cheese.

It’s a popular French cheese and apparently a favorite of Emperor Charlemagne. It is known as the ‘cheese of kings and popes’. Unlike Stilton cheese, Roquefort is moist and breaks easily. It is rich, creamy, tangy, and has a salty flavor. It is made from unpasteurized sheep’s milk and shares the same blue veins like Stilton. It is aged for 5 months before selling and mostly used in salads and dressings.

It is a famous Greek cheese. To produce feta cheese, 30 percent goat’s milk is mixed with sheep’s milk. Feta cheese is softer, milder, and less salty with less holes. It is a pickled yogurt cheese, the texture of which depends on its age. It can be used as a table cheese or can be melted on a pizza or pie.

It is one of the oldest blue-veined cheeses. It is mostly produced in northern Italian regions of Piedmont and Lombardy. Unlike other cheeses, unskimmed cow’s milk is used to make this cheese. It takes around three to four months for the cheese to mature. It has a soft and crumbly texture with a nutty fragrance. Also, its taste depends on the age of the cheese. It can be consumed with wines such as Zinfandel and Sauternes.

Again one of the oldest French cheeses, dating back to Roman times, it is produced from raw cow’s milk in the Auvergne region of France. It has a narrow cylindrical shape with a semi-hard texture. It is inoculated with Penicillium roqueforti spores and aged for at least a month.

It is named after its place of origin in the Auvergne region of south-central France. It can be prepared from pasteurized or raw milk and is often known as the cow’s milk version of Roquefort. It has a creamy ivory color and has blue-green mold dots. It is ripened for 4 weeks, the rind has a moist and sticky texture to it. It has a salty, peppery, and pungent taste. It tastes best when served with dessert wines such as riesling and sauvignon blanc or strong. This cheese is also used to make pastas and sandwiches.

It is a blue cheese prepared by Maytag Dairy farms. The blue cheese is not produced in huge quantities because they want to focus more on its quality. It is aged for six months and during this time, it produces a thick, crumbly texture with a semi-sharp flavor. Due to its pungent odor, it may not appeal to many. It is best served with a glass of ale or lager.

All said and done, it is advised to use various blue cheese types as an equivalent for Stilton cheese because it has a somewhat similar texture and flavor to it. Now you don’t need to skip the entire recipe if you don’t have Stilton cheese.