Manchego cheese is of Spanish origin and is made from sheep's milk, traditionally served with quince paste. It imparts a nutty and salty taste to the food that it is sprinkled upon. But what do you do when you are all out of this cheese?

Manchego cheese is of Spanish origin and is made from sheep’s milk, traditionally served with quince paste. It imparts a nutty and salty taste to the food that it is sprinkled upon. But what do you do when you are all out of this cheese? 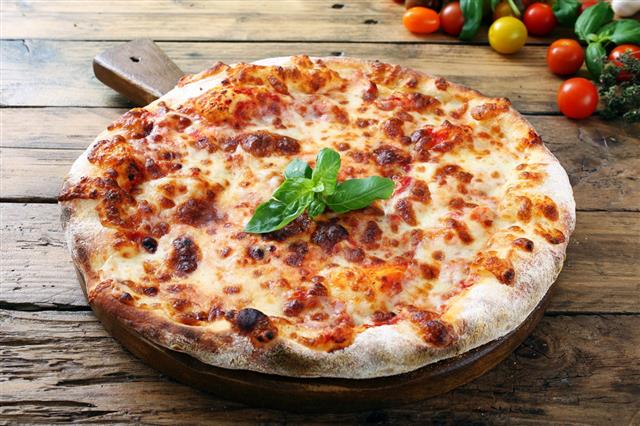 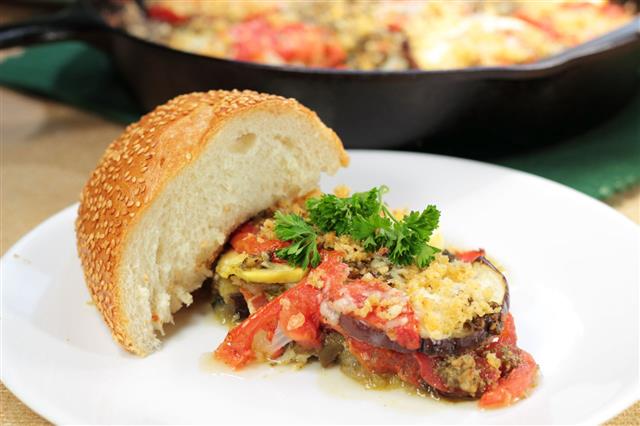 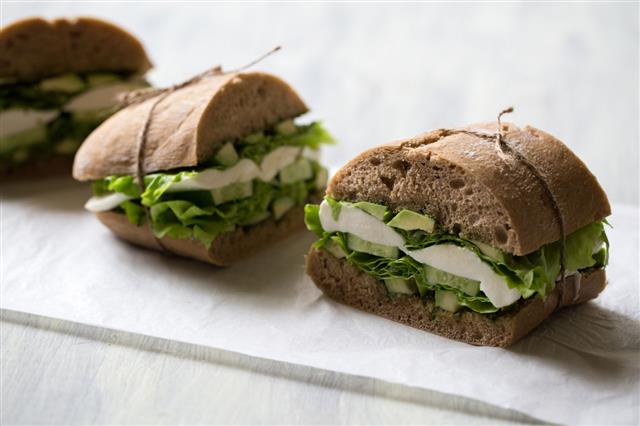 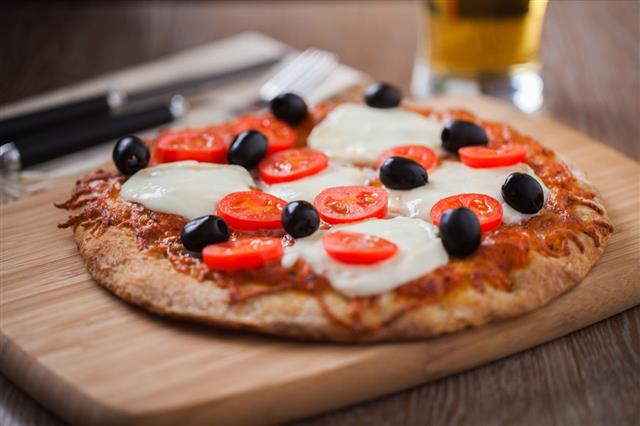 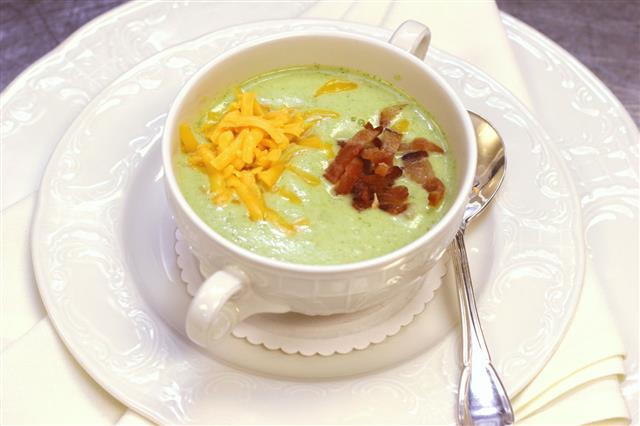 According to the Italian law, the cheese produced in the provinces of Parma, Reggio Emilia, Bologna, Modena, and Mantova (area south of river Po) in Italy can be labeled Parmigiano-Reggiano or Parmesan.

Manchego cheese is probably the most renowned and widely available of the Spanish cheeses. It is made from the milk of Manchego sheep. This cheese is aged for three to four months and the maximum period it can extend to is up to two years.

Manchego cheese is semi-hard with a rich golden hue. It has a mild to sharp salty, nutty, and buttery flavor. It is often found in a 10″ diameter wheel with a thick herringbone design rind.

It is often difficult to find this cheese in the local markets. What are the Manchego cheese substitutes then, you ask?

Asiago cheese hails from the plateau at the foothills of Veneto, Italy. This cheese is made from whole cow’s milk. This cheese derives its texture according to its aging. The fresh variety is known as the Asiago Pressato, which has a smooth texture, and as it ages, it derives a crumbly texture along with a new name, Asiago d’allevo.

The rind of the Asiago cheese ranges from straw to a brownish gray as it hardens. It can also develop small to medium holes.

It has a milky, mild, sharp, full flavor with a pungent aroma. This makes it a versatile cheese to be used for melting, slicing, grating, and is often used in enriching the tastes of soups, pastas, sauces, sandwiches, salads, etc.

Yes, you read it right! Chihuahua is not just the name of a dog breed, but also a cheese. It is better recognized as Queso Chihuahua, as it comes from the state of Chihuahua, Mexico.

It is found in a whitish pale yellow color, with a semi-soft consistency. It has a mild cheddar or Chester cheese-like taste. Its texture and taste makes it good for melting to be made into fondues and sauces, to be drizzled on quesadillas, chilaquiles, etc.

Chihuahua cheese is made with whole cow’s milk that is heated and cooled; later, it is infused with annatto for color and rennet to help the cheese curdle. Later the cheese is salted, cut, and put into molds and pressed.

English Cheddar, better known as Cheddar, originated somewhere around the 1100s in the village of Cheddar, southwest of England. The geographical conditions in the Cheddar Gorge have an ideal humid temperature for the cheese to ripen.

Cheddar derives its yellow or white color through the grass eaten by the cows, which contains carotene. However, it gets its dark yellowish-orange color from the added food colorant, annatto. This cheese develops a distinct strong, sharp taste as it ages.

Monterey Jack is an all-American cheese, which originated in a monastery called Mexican Franciscan friars of Monterey in California. Many monasteries of this region made cheeses from cow’s milk with a short aging period, making them semi-firm, mild, and creamy.

This cheese caught the attention of an entrepreneur called David Jack, who realized its market value and commercialized it. Soon the cheese came to be known as Monterey Jack or Jack Monterey; however, the former name stuck on.

Originally, it has a creamy, open, supple, firm texture, with a buttery and mild flavor. Monterey Jack also comes in two other versions. The aged version is called the Dry Jack, and a pepper-infused cheese version is called Pepper Jack. Due to its mild flavor and easily melting qualities, this cheese is popularly used in Mexican cuisines.

Mozzarella hailed from Italy, but then relocated to Australia during World War II. The Italian immigrants who went down under brought this cheese along with them. Its rich, gooey, stringy goodness made its way into becoming an integral part of Australian daily cuisines.

Mozzarella is made from the cow’s or water buffalo’s pasteurized or unpasteurized milk. It has a milky taste, is brined, and has a semi-soft texture. It is known for its melting, browning, and elastic-like consistency and is often found in a pear or loaf shape.

Its excellent melting qualities help it to be mixed along with baked dishes, fondue, pizzas, and sandwiches.

Muenster, found in the markets, is the Americanized version of the original French Muenster, which was named after the place of origin, the Alsatian abbey of Munster in the Vosgian mountains in France.

Muenster is made from pasteurized whole cow’s milk. It has a pale yellowish hue, which it gets from the orange rind that is added to the process while making it.

The taste of Muenster cheese ranges between a mild, savory, but bland taste to a sharp Jack-like cheese. Muenster has a moist, soft, and smooth texture, but develops a strong, pungent aroma as it ages.

This cheese is excellent as a pizza topping, along with macaroni, and in cheeseburgers and sandwiches due to its melting qualities. It also works well as an appetizer.

The PDO (Protected Designation of Origin) states that a cheese can be called Parmesan if it is made from the milk of cows, who have grazed on fresh hay and grass.

Italian hard cheese or Parmesan cheese might be controversial all over, but this dense, hard, and granular cheese is probably the most renowned all over the world. It known for its fruity, savory, sharp, nutty taste and strong aroma.

Be it Parmesan or Parmigiano-Reggiano, it goes well with pastas, soups, risottos, and even by itself.

This cheese dates back to the Roman times. Pecorino Romano is also safeguarded by the European Union law under the PDO, to be one of the most ancient cheeses to be renowned outside Italy. The law states that this cheese is allowed only in the provinces of Tuscan, Grosseto, and on the islands of Lazio and Sardinia.

Originally, the Pecorino Romano is made only from sheep’s milk, but many American cheeses under this name are made from cow’s milk.

Till date, this cheese has retained its making process from centuries ago. Dry salt plays an integral part in the making of this cheese. It is hand-salted and used to coat the wheels numerous times. Pecorino Romano undergoes an aging process of 8 to 12 months, and as a result, we are left with a dry and granular cheese with a strong taste.

Young Pecorino Romano has a sweet and aromatic taste with a rubbery soft texture. As the cheese ages, it gets crumbly, flaky, grainy, and dense, while adopting a salty, spicy, smoky, and sharp flavor, and a nutty and strong aroma. It might not be palatable for everyone because of its extremely salty taste. But it does go really well when paired with a good, bold Italian wine or in small quantities as a garnishing over pasta, breads, and casseroles.

Zamorano is a popular Spanish cheese that is made from sheep’s milk, and not just any sheep, but the milk of Castilian and Churra sheep. The cheese originated in the Castile-Leon, Zamorano in Spain. This cheese has a pale yellow color and a crumbly, hard texture. If it is health you seek, you should know that the Zamorano cheese has 45% fat in it!

Zamorano has a nutty and buttery taste and is often paired to compliment Zinfandel wines.

There are around 670 types of cheese in the world. They may share similar origins and even geographical backgrounds, but each have their own distinct make, taste, flavor, texture, and aroma. 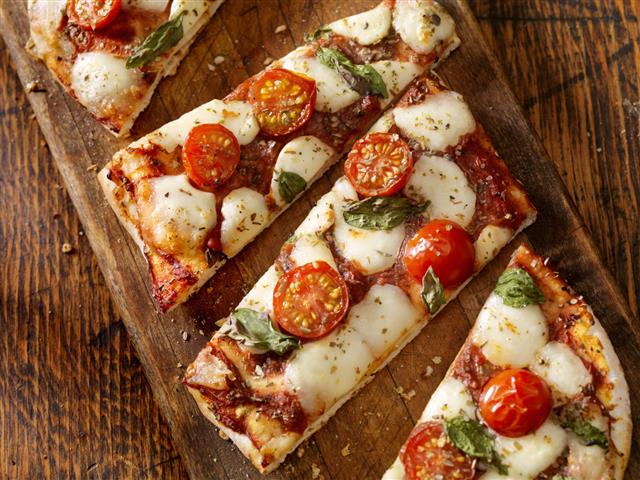