Gruyère cheese is considered to be one of the finest Swiss cheeses. Its taste is nutty and salty when new but varies greatly with age. When fully aged after about a year, the cheese becomes completely hard and develops cracks. There are some more cheeses that could be a good substitute for Gruyère. Read this Tastessence article to find out. 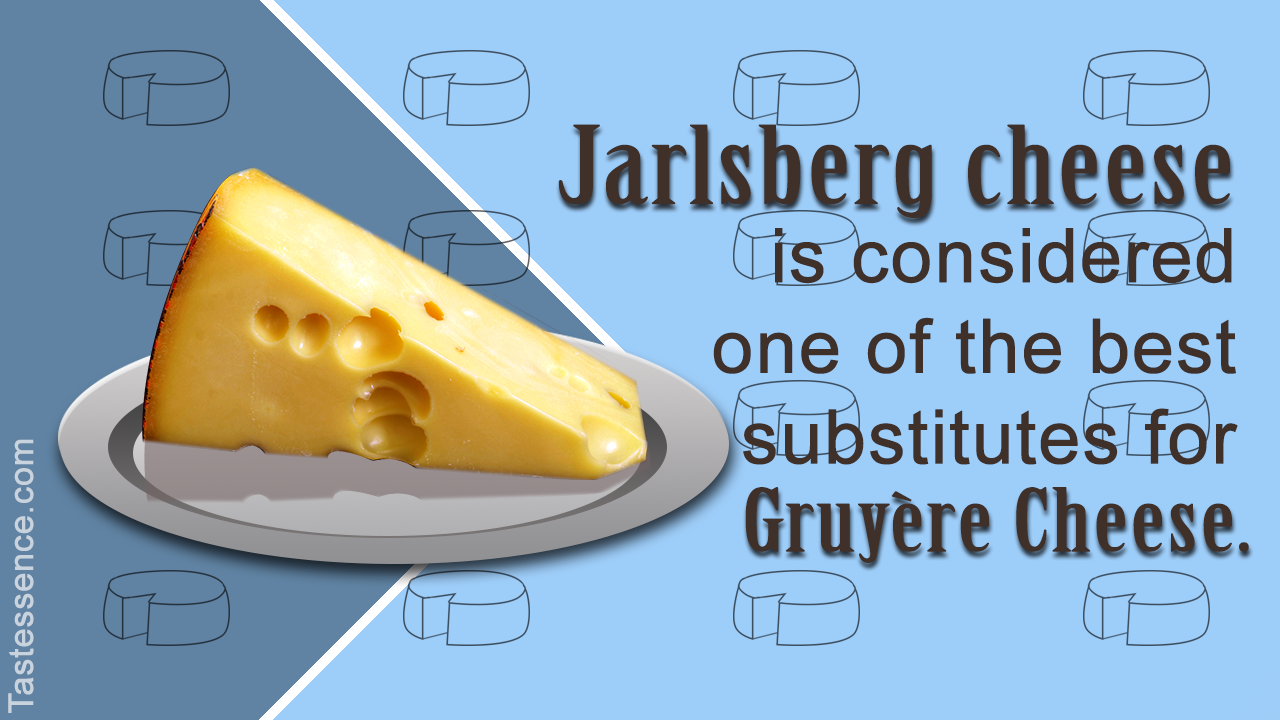 Gruyère cheese is considered to be one of the finest Swiss cheeses. Its taste is nutty and salty when new but varies greatly with age. When fully aged after about a year, the cheese becomes completely hard and develops cracks. There are some more cheeses that could be a good substitute for Gruyère. Read this Tastessence article to find out.

When buying an alternative for a particular cheese, remember that the taste of each one might differ to some extent. Therefore, always buy the smallest quantity available and make sure it meets your taste expectations.

Cheese is an important ingredient in many cuisines all over the world. It is made primarily from the milk of cows, goats, buffaloes, sheep, yak, reindeer, and camels. Gruyère or Greyerzer comes from the Canton of Fribourg, Gruyères. It’s made from cow milk, and is considered a fine baking and melting cheese. This cheese is particularly used in fondues, soufflés, pizzas, sandwiches, and pastas. Gruyère normally costs somewhere between US $14 – 18 for a pound.

Swiss cheese family is divided into 5 categories―extra hard, hard, semi-hard, semi-soft, and soft. Sbrinz is the hardest, whereas Gala is the softest. The moisture content in a cheese decides its soft or hard nature. Hard cheese is pressed to remove the moisture, is preserved for specific periods, and mostly used for grating. Soft cheese is often consumed directly with wine, nuts, bread or fruits. Medium and semi-hard cheese is either grated or melted. There are a few Swiss cheese which have a taste similar to Gruyère. There are also a couple of French cheese types which serve as good alternatives.

The name Emmentaler was coined from the area it originated; Emmental in Switzerland. A medium-hard cheese made of cow’s milk, Emmentaler is used in a variety of dishes like bruschetta, fondues, tarts, pastries, sandwiches, ravioli, etc., and is an excellent melting cheese. It features large button-sized holes, usually typical to Swiss cheese. The carbon dioxide released by a variety of bacteria used in the making of this cheese is responsible for these holes. Its aging time is 2 to 18 months, depending on the variant, and serves as a great alternative to Gruyère. The cost is around US $14 to 18 per pound.

Raclette cheese is famous for its melting properties. Raclette also refers to a Swiss dish which is made by melting the cheese and scraping off the melted part on the plate. The term ‘Raclette’ is derived from racler in French, which means ‘to scrape’. This cheese has an aging time of 3 to 6 months. Raclette cheese is mostly savored with warm beverages, especially white wine. Serving this cheese with cold beverages, or even drinking water over it, causes it to harden in the stomach, leading to indigestion. Traditionally, this cheese was melted in front of an open fire; a modern way of melting this cheese uses non-stick, electric grills. Being a good substitute for Gruyère, this cheese is again a very good melter; good to be used for lasagne, pizzas, sandwiches, pastas, fondues, etc. This variety of cheese would cost around US $18 to 20 per pound.

This cheese is coated with brine, containing wine or cider. The flavor of this cheese depends on its age. It’s sold in the stores in three varieties as per its age. The Classic variety is aged for 3 to 4 months; the Surchoix variant is aged for 4 to 6 months; and the Extra variant is aged for 6 months or longer. The three come in silver, gold, and black labels, respectively. There is also a variant produced from organic milk, labeled as Appenzeller Bio. It is considered to be the spiciest cheese available in Switzerland. It is quite expensive in comparison to Gruyère, and ranges from US $24 to 32 per pound, depending on the variant.

Jarlsberg originates from Norway. It was first created by Anders Larsen Bakke. This cheese is made out of cow’s milk, and is semi-soft in texture. This type also has big holes, just like Emmantaler cheese. It has a nutty and sweet flavor, and is mild on the tongue. Used for cooking, baking, and also as a quick snack, Jarlsberg cheese goes well with beers and white wines. It is one of the best cheese that can be used as a replacement for Gruyère cheese, and costs around US $12 to 14 per pound.

French cheese, Comté and Beaufort, is produced from unpasteurized cow’s milk, and serves as an excellent substitutes to Gruyère. Both are mountain cheese, and again have great melting properties. They can be used in fondues, soufflés, pizzas, pastas, sandwiches, etc. Like other mountain cheese, both these are brine-washed to enhance the taste. AOC regulations in France instruct Comté to be made only from the Montbéliarde cattle or French Simmental. Comté has a dusty-brown-colored rind, and is pale-yellow on the inside. It has a strong and slightly sweet taste, and is aged for about 8 to 12 months. Beaufort is made from the milk of the Tarine breed, and is no doubt one of the finest cheese in the world. A whopping 500 liters of milk is required to make around 100 pounds of this magnificent cheese. It looks very similar to Comté, and is pale-yellow from the inside. This cheese tastes best with fish, especially smoked salmons, and burgundy white wine. Comté is priced at around US $25 to 30 per pound, whereas, Beaufort costs around US $32 to 35 per pound, making them a bit more expensive than Gruyère.

So now you don’t have to fret if you don’t find Gruyère in stores near you. You can always look for these substitutes, and choose one as per your need. While selecting cheese, always make it a point to check its age. Old mountain cheese have enhanced flavors as they are brine-washed. Choose wisely, and don’t forget to say CHEESE! 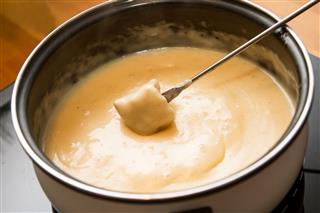 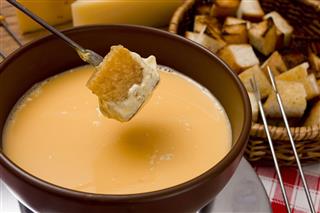