6 Substitutes for Anchovy Paste That Recreate the Same Flavor

Anchovies are small fish which are used in various dishes like salads, soups, or pastas. They are sold in different forms like paste, or as fillet; paste being the most popular. Tastessence gives you information on some substitutes for anchovy paste.

Anchovies are small fish which are used in various dishes like salads, soups, or pastas. They are sold in different forms like paste, or as fillet; paste being the most popular. Tastessence gives you information on some substitutes for anchovy paste. 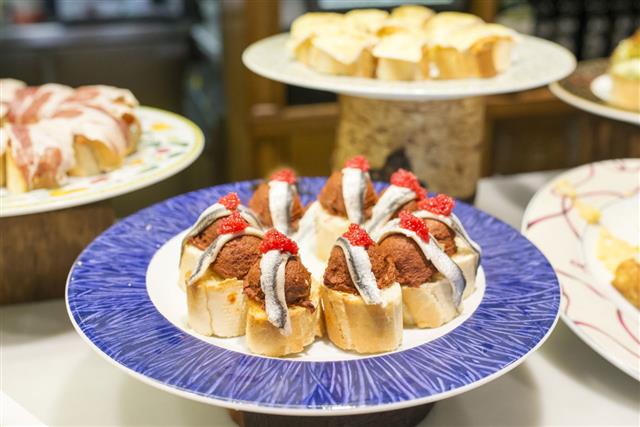 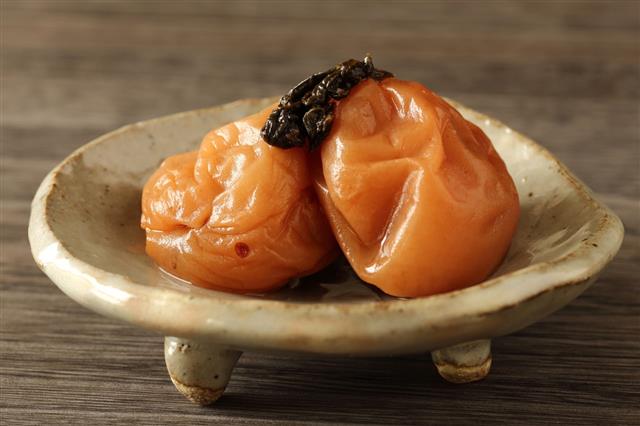 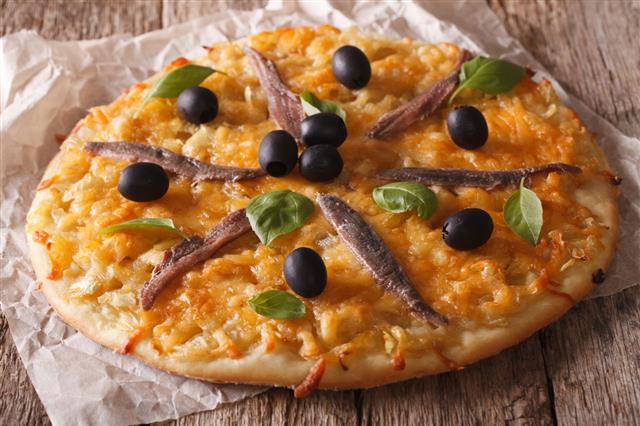 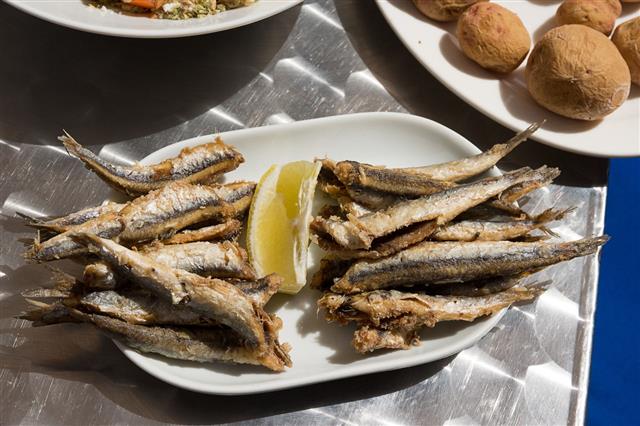 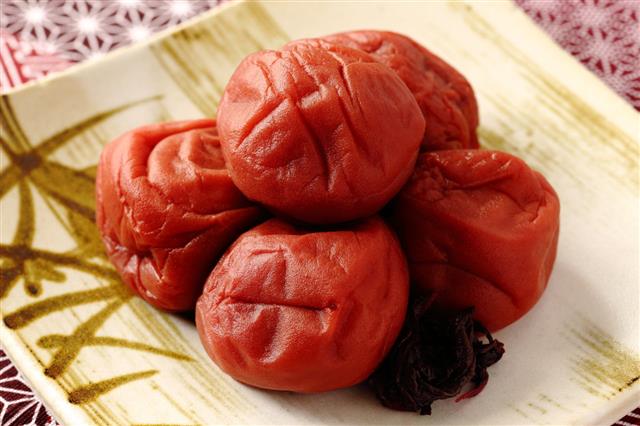 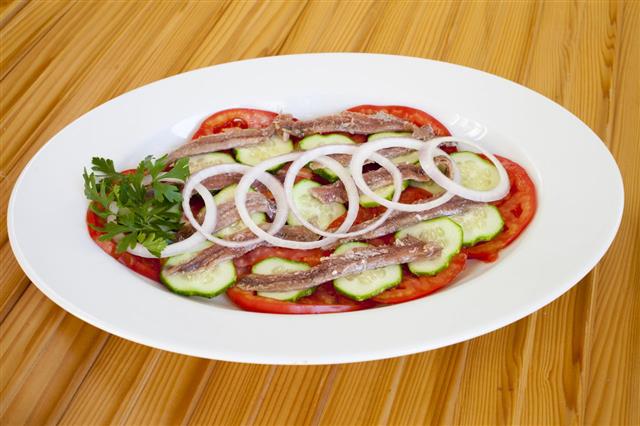 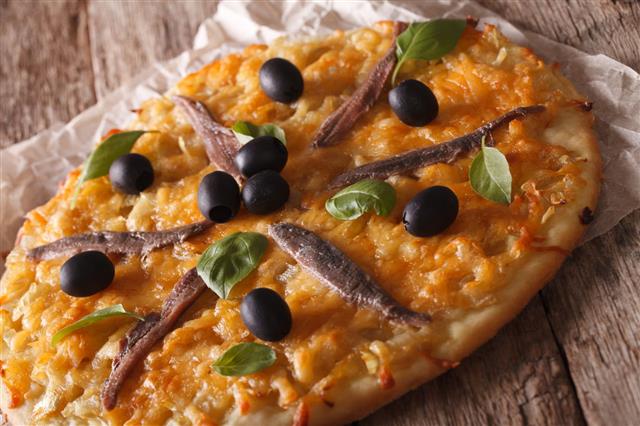 Caesar salad was made by Caesar Cardini in 1924. It had Worcestershire sauce, olive oil, eggs, garlic, and cheese. Only after 2 years, new ingredients like anchovies were added by his brother Alex Cardini.

Anchovies belong to the family Engraulidae, which includes small, saltwater fish. There are 144 species in 17 genera. They are commonly found in the Indian, Pacific, and Atlantic Oceans. These are characterized by a green color with a silver stripes.

These fish have become a delicacy and are used in all forms. They are sold canned as fillet, and as a paste. To preserve them, they are salted in a brine. They are allowed to mature and then packed in salt or oil. This whole preservation method turns the fish gray in color and gives it a very strong flavor. Sometimes, they are also stored in vinegar which has a slightly milder taste. They are normally used as an ingredient in fish sauces or in salads or soups.

Anchovy paste is a very convenient form of using anchovies. It is available in tubes, which makes its use even more convenient. The paste can be mixed in the dressings of salads or in pasta sauces. Some people don’t like the whole fillet, so this is the best option. If anchovy paste is difficult to find, we give you some alternatives for it.

* Below given are the nearest equivalents but the proportion depends on personal preference, because if you use a very salty substitute, then you’ll have to balance it with the other ingredients. Also, carefully decide the substitute according to the type of the dish you plan to cook.

You can use the fillets. Fresh fish will give a different flavor because the paste has a distinct taste after the curing process. If you plan to use fillet, use 1 fillet for ½ tsp. paste. The canned fish contains oil so be sure to balance the saltiness with other ingredients, because the fish will be very salty. You can try to find “Gentleman’s Relish” because it is also a type of the anchovy paste. You can also simply mash the fish into a paste-like consistency (though it won’t have the added vinegar and spices). Mashed anchovy will be stronger in flavor, so take care while substituting.

This sauce is a very popular substitute because it contains anchovies as one of its ingredients. Many people who like the paste, simply love this sauce. It is a fermented liquid that contains many different ingredients besides anchovies and yet doesn’t give you that fishy taste.

Another fairly common and easily available sauce, it should always be used sparingly because its pungent taste can give your dish a not-so-desirable odor or aroma! It can be very well used for anchovy paste but not in something like pizza. It is better to use it in soups, stews, stock, or braises. It can also be used in Caesar salads.

A very common ingredient in Southeast Asian and Southern Chinese cuisine. It is made by fermenting ground shrimp with salt. It is commonly used in sauces and curries. Use the same proportion of shrimp paste. ½ tsp. shrimp paste for ½ tsp. anchovy paste. Shrimp paste can be a strong in taste, so adjust the other ingredients accordingly.

Capers are green buds of the caper bush. These pea-sized buds are often sold pickled in salt and/or vinegar, and are often used as an ingredient in sauces and also in some fish dishes. It is a good alternative because it will provide a strong flavor but not too overpowering. Rinse the capers if they were in a vinegar solution. Use ½ tbsp. capers for 1 tsp. anchovy paste.

Umeboshi is actually pickled plums. This food has its origins in Japanese cuisine, where it is used as a side dish with rice. It has an intense and salty flavor. This can act as a substitute for anchovy paste to add the “umami” flavor. Moreover, it can be used by vegans and vegetarians. It can especially be used in Thai dishes, as a substitute for fish sauces. You can also use it in dressings of salads too.

Other vegetarian options are soya sauce, kalamata olives (great in Caesar salad dressing because of the briny flavor), seaweed (nori strip, wakame, hijiki, kombu, arame, or smoked dulse), and miso (it will give the salty umami flavor). 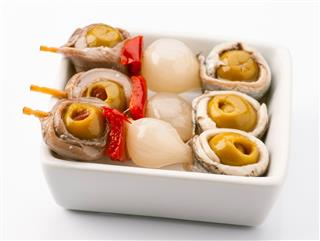 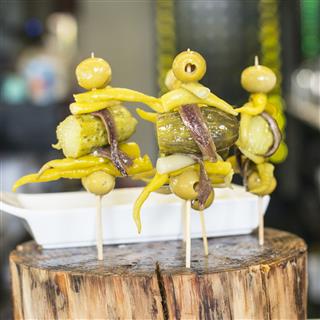 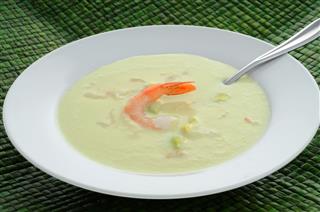