11 Handy Paprika Substitutes That You May Not Be Aware Of

Paprika substitutes are handy in situations when you run out of it or don't have paprika. For such a scenario you can always use alternatives or substitutes that can be true time savers for last-minute needs.

Paprika substitutes are handy in situations when you run out of it or don’t have paprika. For such a scenario you can always use alternatives or substitutes that can be true time savers for last-minute needs.

Spices are an integral part of cooking, simply due to the fact that they lend flavor and aroma. A combination of spices can transform something bland to the most lip-smacking delicacies in the world. Paprika is one such spice which adds a characteristic bright color and rich flavor to the food. It is made by grinding the dried pods of the pepper plants like bell peppers or chili peppers, belonging to species Capsicum annuum. Depending upon the peppers used, paprika spice comes in different colors varying from bright orange-red to deep red. The orange one being the hottest and the red, the sweetest. This tropical plant is native to South America, and grows well in cooler climates. Most of the commercial paprika comes from Spain, South America, California and Hungary.

Paprika releases its color and flavor when heated and so, is mainly used to add color to dishes. It enhances the overall appearance of the dish, but does little to alter their taste. Paprika spice is often used for garnishing purposes and sprinkled on eggs, hors d’oeuvre and salads for color. What if, while cooking, you suddenly realize that you have run out of this incredible spice? Don’t fret!

Cayenne pepper is a hot red chili pepper, used as a flavoring agent in different cuisines. Cayenne pepper is stronger and hotter than paprika, hence the quantity should be minimal or on the lesser side. It can be accompanied with a sweetener like sugar or honey when used as an alternative in a recipe to retain the distinct sweet flavor of paprika. Depending on your spice tolerance and recipe, you can add salt, cream or heavy broth to help reduce the spiciness of cayenne pepper.

Cajun spice seasoning which is prepared by blending cayenne, black and white peppers is commonly used in Cajun recipes. Just like chili powder, Cajun spice is not as hot as cayenne pepper and hence, can be used as an effective substitute.

Hot sauce, chili sauce, pepper sauce or any other spicy sauce, prepared of chili peppers and other ingredients like vinegar, oil, water and even alcohol, can be used as an alternative for paprika in any recipe. These sauces serve as an ideal substitute in a recipe where taste is a more dominant factor than color.

One of the most readily available substitute for paprika is tomato. It would be a good substitute for color and presentation, however the flavor will be different. A dash of chili powder or any standard hot sauce will be a good supplement to get a hint of paprika’s smoky-sweet flavor. One can also use tomato sauce or tomato juice as a substitute for water or liquid in the recipe.

Aleppo pepper is a Middle Eastern red colored spice. Its spiciness lies between that of paprika and cayenne pepper and the quantity to be added varies on the preference of hotness and taste of the dish.

When you need a dash of spice in the dish, just add black pepper in the recipe. Black or white pepper can be used as an alternative for paprika when the reddish hue of paprika is of secondary importance.

It is a smoky, brick-red powder and comes is three levels of spiciness that range from slightly sweet to bitter hot. You can liven up lamb stews, briskets, potatoes, yogurt, meat dish or bowl of nuts using this spice.

This is a homemade version of paprika. Remove the stems from well-ripened bell peppers and place them in a dehydrator, until brittle. Or you could dehydrate sliced bell peppers in an oven at 120 °F on a baking sheet. Place the dried peppers in a cotton bag and grind them by rubbing the peppers against the sides. Grind them in a small mill grinder and then sieve before use. This homemade paprika is more fragrant, distinct and flavorful than most ready-made store-bought varieties.

Whole chipotle chilies are dried and then ground to make chipotle powder. It is a good alternative to smoked hot paprika, as it has a hot and smoky flavor. Chipotle powder is a good substitute for sweet paprika to give a spicy taste to the dishes instead of a sweet flavor.

The substitute you wish to use will depend on the recipe. The flavor and spiciness of the recipe should be kept in mind and then select an alternative accordingly. However, these substitutes should only be used in case of emergency, as most of the recipes are usually developed with ingredients that support the use of paprika. Using other substitutes in its place, may affect the taste and texture of the recipe. 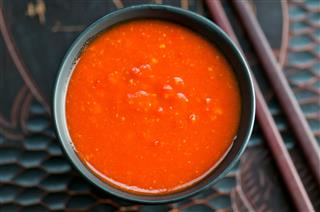 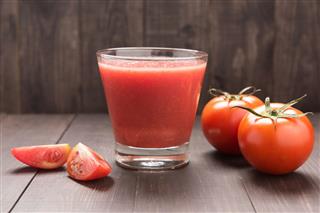 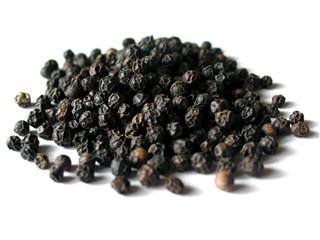 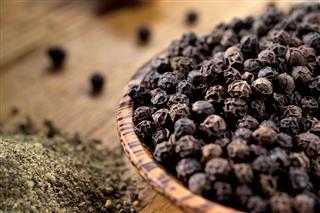 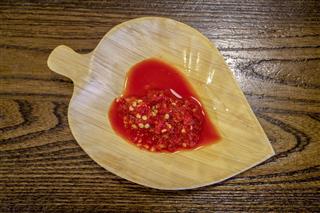 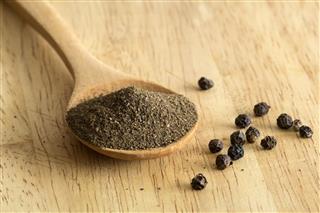 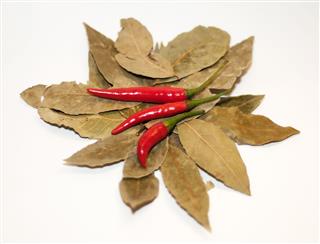