Have you met the country cousin of Tequila? Mezcal is quite similar to Tequila, but there are some basic differences between the two. Tastessence provides a side-by-side comparison between Mezcal vs. Tequila.

Have you met the country cousin of Tequila? Mezcal is quite similar to Tequila, but there are some basic differences between the two. Tastessence provides a side-by-side comparison between Mezcal vs. Tequila.

The state of Oaxaca in Mexico sponsors the International Mezcal Festival every year in the capital city. Here, locals and tourists can sample and buy a large variety of Mezcals made in the state. In 2009, the Festival had over 50,000 visitors, and brought in 4 million pesos to the economy.

Tequila and Mezcal, both are distilled alcoholic beverages and are considered hard liquor. Both are native to Mexico, and are made from different types of agave. Agaves are plants mostly native to Mexico, but are also seen in western and tropical southern parts of the United States. These plants have thick spiny leaves with a sharp point at the edge. Phenolic compounds like flavonoids, homoisoflavonoids, and phenolic acids can be found in most species of agave.

One thing common about both of these; they can be drank neat in the form of shots and make perfect apéritifs. Apéritifs are alcoholic beverages usually served before a meal to stimulate appetite. 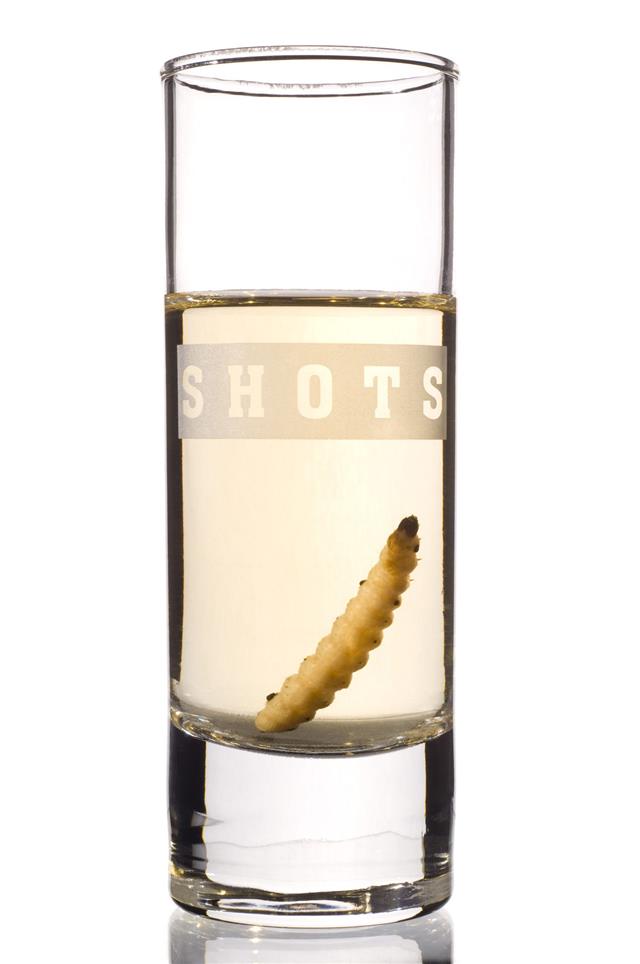 Mezcal or mescal is a distilled alcoholic beverage made from agave Americana, a type of agave plant produced in Mexico. Most of this spirit is produced in Oaxaca. The process of production includes the roasting of the agave’s core in underground ovens with wood and charcoal. The core is called ‘piña’, due to its resemblance to a pineapple. Mezcal is consumed neat and is savored for its strong smoky flavor.

Tequila is named after the region in which it is produced; the city of Tequila located in the Mexican state of Jalisco. As per Mexican law, this liquor must be made from a specific type of agave called ‘Agave Tequiliana Weber’ or simply ‘Blue Agave’, and can be only produced in certain limited regions in Jalisco. Tequila is made by introducing the piña to large steam ovens (like pressure cookers), and is slowly baked until all the starch has been turned to sugar. Tequila, unlike Mezcal, can be savored neat as well as in the form of cocktails.

Mezcal is produced from the piña of ‘Agave Americana’. The plant is commonly referred to as century plant, maguey, or American aloe. The techniques to produce Mezcal have been around 200 years old and have been passed on from generations to generations. The process begins with harvesting the plant, extracting the piña, and cutting off the plant’s leaves and roots. The piñas are then cooked for about 3 days in earthen ovens underground over pits of hot rock. The roasting is done with charcoal and wood, and thus gives a smoky flavor to the resulting brew.

After the baking is done, the piñas are crushed and mashed, and are left to ferment in large barrels. After the fermentation, the residue of the piñas is discarded, and the juice is distilled to get the refined final product. This un-aged Mezcal is known as ‘joven’, which means young. The liquor is then stored in large barrels to age. The aging process could be as long as 12 years in some cases. Mezcal is distilled twice to increase its alcohol percentage, which can reach a maximum of 55%.

The process in Tequila making is quite similar to Mezcal, but not the same. Tequila is basically made from a specific type of agave, popularly known as the ‘Blue Agave’. Also, Tequila is considered as a type of Mezcal, but not the other way round. Agave cultivation is a complex technique known by a group of people called jimadores. The agave needs to be trimmed in order to make it live longer and prevent it from flowering. Appropriate ripening of the plants need to take place, after which, the jimadores use a tool called a ‘coa’ to carefully cut the leaves from the piña. The piñas are then harvested and taken to the ovens which bake them, assisting in breaking down the complex starch to basic sugars. The baked piñas are further crushed and shredded, and their juice is extracted. The residue is either discarded or reused as animal feed, compost, or burnt as fuel. Some paper manufacturers also use it to produce paper.

The extracted juice is left to ferment in large wooden barrels for several days. Later on, this fermented liquid is distilled, and distilled again to produce the ‘Silver Tequila’. This process of distilling twice is the same as that used in Mezcal production. Now, the silver Tequila is either bottled and sold, or is stored in barrels once again to age. The aged product costs more, and is classified as per the age and color. The oldest of the lot looks mahogany and has a strong flavor. The barrels used to store the aging Tequila are made from oak wood, as it allows a richer and more complex flavor to the spirit. The aging can take place from a minimum of 2 months to a maximum of 3 years.

Mezcal is considered a pure aperitif and is taken neat before a meal. It goes great with Mexican food. When drinking Mezcal, take small sips and savor its flavor with each sip. The Mexicans say that Mezcal is meant to be kissed. Mezcal is often accompanied with sliced oranges sprinkled with “sal de gusano”, literally worm salt, which is a mixture of ground fried larvae, ground chili peppers, and salt.

Tequila, unlike Mezcal, can be paired up with a lot of other drinks. Although, it can be also drunk neat as a shot. The most common and popular Tequila cocktails include the Classic Margarita and Tequila Sunrise. The recipes for both are provided at the end. A more savoring combo is the ‘Sangrita’ (non-alcoholic) and Tequila. You pair the Sangrita with your Tequila in a separate shot glass, and sip each alternately. Follow the steps provided at the end to make a refreshing Sangrita.

Popular Brands to Look For

Following are some of the most popular brands to look for in Mezcal.

When choosing Tequila either to make a cocktail or for a shot, look for these brands.

Classification Based on Age

Mezcal can come in two fundamental categories; one with 100% Mezcal and the other with 80% usually mixed with other ingredients. Following are the subtypes.

The classifications of Tequila are not very different from its regional cousin. Take a look.

Take a cocktail glass. Wet the rim with lime juice. Put the glass upside down in coarse salt so that the salt clings to the rim. In a cocktail shaker combine:

Shake well and add to the glass. Garnish it with a big lime slice.

Take a highball glass and add the following ingredients:

Garnish it with an orange slice and a cherry.

Mix the following ingredients in a shaker and pour into a shot glass.

Sip the Sangrita followed by a sip of Tequila.

Now that you know the basic differences between Mezcal and Tequila, go ahead and try them out to actually taste the difference in them. Drink wisely and be safe!