London broil on the grill is perhaps a favorite with many food lovers. Here are some tips and recipes for grilling delicious London broil steak.

London broil on the grill is perhaps a favorite with many food lovers. Here are some tips and recipes for grilling delicious London broil steak. 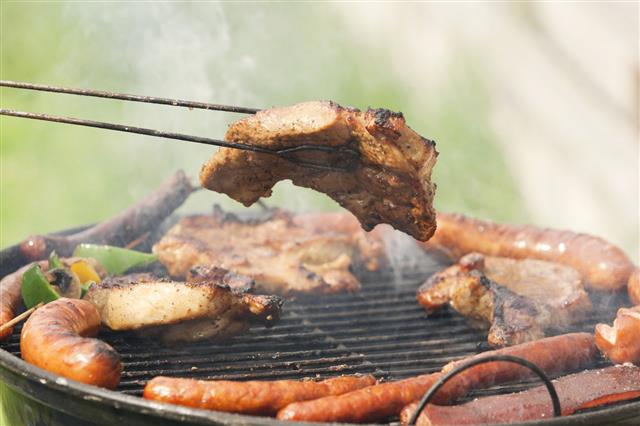 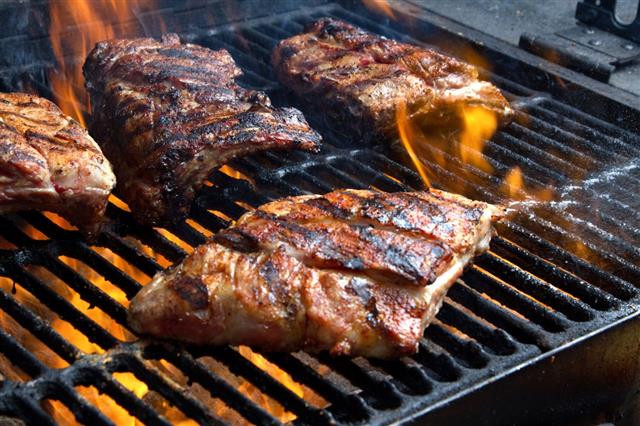 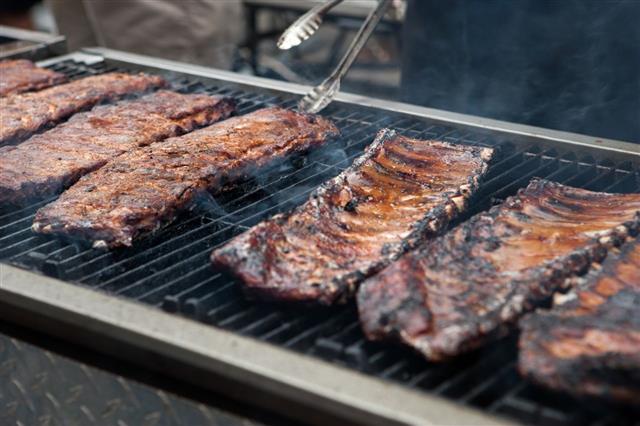 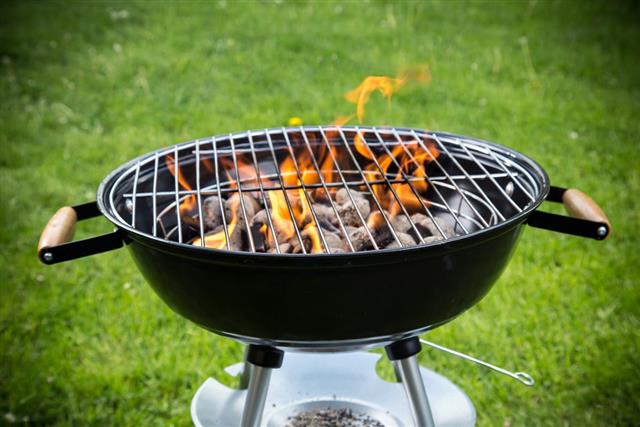 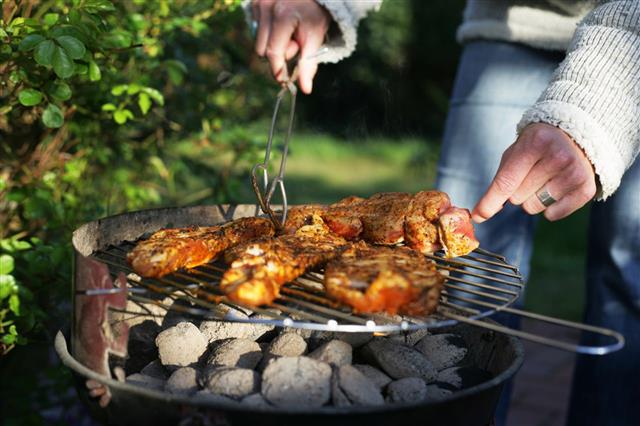 Contrary to its name, London broil has no connection to London, but is actually a North American culinary delicacy that is often mistaken for a cut of meat. The recipe was first used in the 1930s in America. Today, sumptuous variations in meat are used across the continent. One such is the Canadian London broil which is ground meat patties wrapped in flank or round steak or the London broil ‘loaf’ wherein ground and seasoned veal is rolled in flank steak. Sometimes, bacon is used between the meat wraparound and the ground stuffing. The American London broil is usually prepared with a muscular cut called flank meat. London broil on the grill is a favorite for outdoor cook-outs in many American households. The recipe is called ‘broil’ because the meat is cooked over direct heat, however, the reason behind using ‘London’ in its name is not known.

The most important part in the preparation of grilled London broil is the meat cut and how it is prepared for cooking rather than the grilling.

Any cut of meat can be used for the preparation, though flank meat and skirt steak has traditionally been used. However, rump cut (top round) and sometimes, top loin muscle cut (top sirloin) and shoulder cut are also used.

Flank and skirt meat is less expensive, compared to top round and top sirloin.

You can buy precut London broil meat off-the-shelf at a supermarket or purchase it from the local butcher.

The meat should be about 1 – 2-inch thick, and all external fat trimmed.

The preparation consists of making the meat tender by marinating, before cooking it on a grill. Once prepared, the steak is then sliced thinly, diagonally at 45° angle.

The preparation, prior to the grilling is crucial.

To prepare the London broil for cooking, flank meat is first pounded, stabbed or penetrated (this is done to ensure the meat is tender and flavorful, after it is cooked) with a knife or fork on both sides, and then marinated for 6 – 8 hours or overnight (the longer, the better its taste) in the refrigerator.

The marinade can either be homemade, like juice of lemon or tomato, vinegar and wine, or bought from a local grocery store. If you are short of time, instead of marinating, the meat can be pounded with a tenderizing mallet prior to cooking.

For grilling London broil you have two choices; you can either use a gas grill or a charcoal grill.
Heating the grill is necessary to make sure the inside steak is cooked without the outside meat burning.
In case of gas grill, heat at high and then lower flame to medium for cooking.
If you’re using a charcoal grill, let the coal burn till it turns whitish. To get a smoky flavor, you can use small pieces of wood that have been soaked in water.

– Place the meat on the grill.
– Cook the meat for 5 – 10 minutes on each side. While broiling the meat, remember to turn it over many times, so that it does not burn and is cooked as desired.
– Since the steak is lean (without fat), don’t overcook it as it can become tough and chewy.
– To reduce flare-up while cooking London broil, pick it with the help of tongs, and allow the excess marinade to drip into a pan, before placing it on the grid.

– To check if the meat is tender, use a fork or knife.
– If you have a meat thermometer, check whether the internal temperature has reached 145° F.
– To get the perfectly cooked London broil, pull the meat off the grill when not completely done, as it will continue to cook for a short while before it begins to cool.
– Setting aside the steaks before it is cut across the grain, will also ensure it absorbs its own juices.

– Choose meat that is not completely red, sprinkle a generous amount of pepper and add crushed garlic.
– Rub in the seasonings.
– Take a knife and slit the steaks without cutting them through and fill finely sliced garlic cloves into the well-spaced slits.
– Transfer the meat into a pan and place rosemary leaves over it and pour teriyaki sauce and olive oil. See that the steaks are covered on all sides with the marinade.
– Refrigerate for 6 – 8 hours or overnight for best results. You need to check it every couple of hours to make sure it is covered with marinade.
– Spread the juices back over the steaks with the help of a spoon, when required.
– Once the steaks are marinated, place them on an already hot grill. Cook each side for 2 – 3 minutes, until both sides are seared, so as to let the steaks retain the juices.
– Once this is done, lower the heat and continue cooking. Baste the meat, so it remains moist.
– Check if the steaks are cooked, by cutting the edge of the meat or pierce with a fork.
– As stated earlier, take the steaks off the grill, when they are slightly less done than desired.
– Let them cool and absorb the juices on their own.
– Your delicious London Broil is ready to serve.
– Don’t throw away the leftover juices; spoon over the steaks after serving.

– Take a bowl and combine onions and other marinade ingredients.
– Place the steaks in a pan and pour the marinade over. Refrigerator overnight.
– Occasionally, turn the steaks so that they soak the marinade consistently on both sides.
– Remove from the refrigerator and keep aside.
– Broil the steaks on gas or charcoal grill.
– Arrange the remaining onion wedges and asparagus (grilled on skewers earlier) around the steak. Turn the steaks and vegetables occasionally.
– Grill the meat for 17 – 21 minutes for medium rare (145° F) to medium (160° F) on meat thermometer.
– Grill vegetables for 9 – 12 minutes or until they are crisp tender.
– Toss the veggies and 3 tbsp. of red wine vinaigrette in a bowl.
– Cut the flank steaks across the grain into thin slices. If the meat is top round, cut crosswise into thin slices.
– Season with salt and pepper.
– Serve the London broil with vegetables.

– Take a large bowl. Mix beer and barbecue sauce in it and add salt and pepper. However, if you want to avoid the clean up mess, use a large zip-lock bag to make the marinade. This will also prevent the marinade smell from spreading all over the refrigerator.
– Marinate the steaks, coating all the sides evenly and refrigerate overnight.
Turn on the grill and let it heat.
– Using a vegetable oil cooking oil spray, grease the grill. This is a must because it will prevent the steaks from sticking to the grill.
– Now place the steaks on the grill. Ensure that the grill is hot while placing the steaks otherwise it will leave the steaks half-cooked and make them hard and chewy.
– Allow the steaks to sear on the grill for about 10 – 15 minutes. while turning them once. Do not turn the steaks frequently if you want them to be juicier while serving.
– Set the grilled steaks aside for 5 – 7 minutes at room temperature. This will allow the flavor to reach the core of the steaks and make them juicier.
– Cut the steaks diagonally into thin strips and your London broil is ready to serve.

The secret of knowing how to cook London broil on the grill lies in the choice of cut of meat. If the cut of meat is thick, it will take longer to cook, thus increasing the toughness of the meat. Regarding tickling the taste buds, you can experiment with flavors and concoct your own homemade marinade recipes. Cooking time will vary according to your taste. Ideally, London broil tastes best when cooked medium rare!