Ever Wondered How Long to Boil Corn on the Cob? Know it Here

Even simple boiled corn on the cob tastes amazing with a dash of butter, pepper, and salt. So it's almost time to make it at home. Know how to get the perfectly cooked corn, with this Tastessence write-up.

Home / How To Make / Bread & Grains / Ever Wondered How Long to Boil Corn on the Cob? Know it Here

Even simple boiled corn on the cob tastes amazing with a dash of butter, pepper, and salt. So it’s almost time to make it at home. Know how to get the perfectly cooked corn, with this Tastessence write-up. 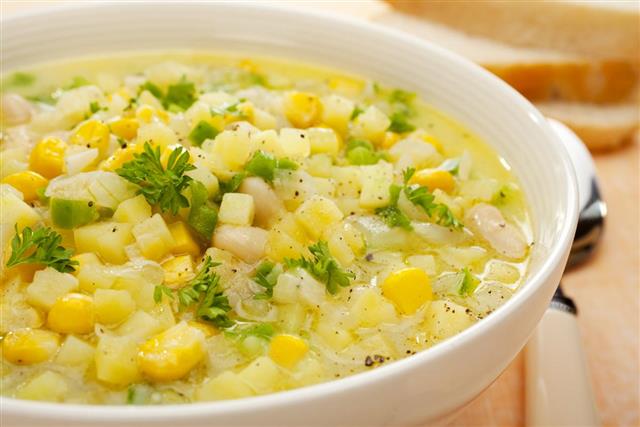 With the start of summer, corn floods the market. The green leaves and yellow kernels are indeed very inviting. If the husk is bright green in color and fits snugly around the ear, then the corn is fresh. The kernels should be tight and right to the tip of the ear.

You may want to pop out one of the kernels and check, if it is plump and milky. It is commonly observed, that a lot of people peel off the husk, at the grocery store itself. However, it is not recommended that you peel husk before you cook it; peel it when cooking.

There are a lot of corn recipes but the most popular one by far is simple boiled corn on the cob. There are several ways like boiling, steaming, or grilling.

How Long Should You Boil?

It is very simple to boil a corn on the cob. You can do it using multiple methods, as we have shown in the upcoming sections. But before you boil it, you will have to peel off the husk. Remove the husk and all the silky hair completely. If you find it very difficult to remove the hair, then you can use a vegetable brush or damp cloth for the same. At the end, you will have to break off the stalk at the bottom.

Starting Off With Cold Water

● The first step is to find a pot which is large enough to hold all the corn you will be cooking. Pour water into the pot and start heating it.
● In the mean time, remove the husk and silky hair from the corn. If you are not able to remove the stubborn silk hair, then you can use a damp cloth.
● When the water comes to a boil, throw in the corn and cover with a lid. The amount of time required will range from 1-10 minutes depending on how soft you want it to be and how young the kernels are. If you like it very soft, then let it boil for 10 minutes.
● When you are removing the corn from water, use tongs, so that you do not burn your hands. After removing, dress it with the dressing of your choice. I prefer a salt and pepper dressing with a dash of butter.

Starting Off With Boiling Water

● Fill a large pot half way with cold water but not more than that, else the water will overflow, when you add corn to it.
● Bring the water to boil. Reduce the heat to low and carefully drop each corn into the pot, so that the water does not spill out of the pot.
● Cover the pot with a lid and let the water to come to a boil. Since you are using boiling water, the corn will cook in 5-7 minutes.

● Remove the husk from the corn and then place it in a microwave safe dish. Add about 2 to 3 tablespoons of water to it.
● Use a plastic wrap to cover the dish but make sure you leave an opening, like a steam vent in the corner, to let the steam escape.
● Switch on the microwave and let the corn steam on high for 4 to 6 minutes.
● Carefully remove the plastic wrap, as there will be a lot of very hot steam. Hence, you should use a pair of tongs to remove the plastic wrap.
● Dress the corn with butter, salt and pepper and serve!

You can enjoy boiled corn on the cob without worry, as it is very healthy and nutritious. It has 155 calories per serving, and is low in cholesterol. It has just 6 mg of cholesterol. It is high in fiber, hence makes for a great and healthy snack, that too, one that is easy to make! 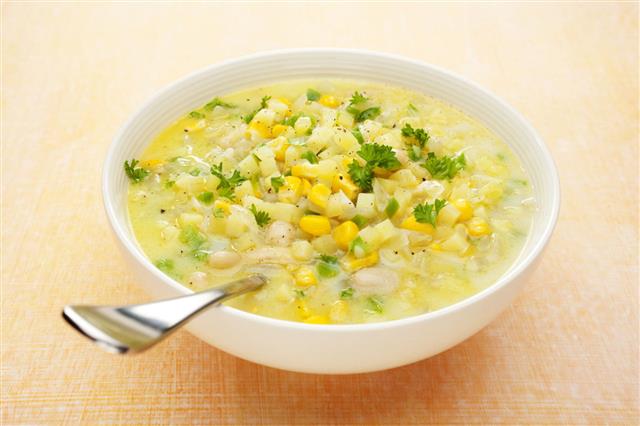 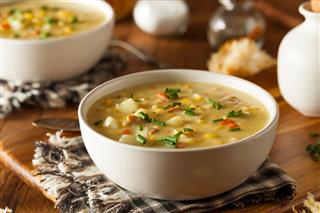 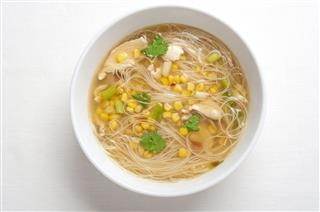