How Does Lemon Juice Remove the Odor of Fish

Lemon juice is one of the magical remedies for removing the smell of fish. Does lemon juice remove fish odor? Let us find out.

Lemon juice is one of the magical remedies for removing the smell of fish. Does lemon juice remove fish odor? Let us find out. 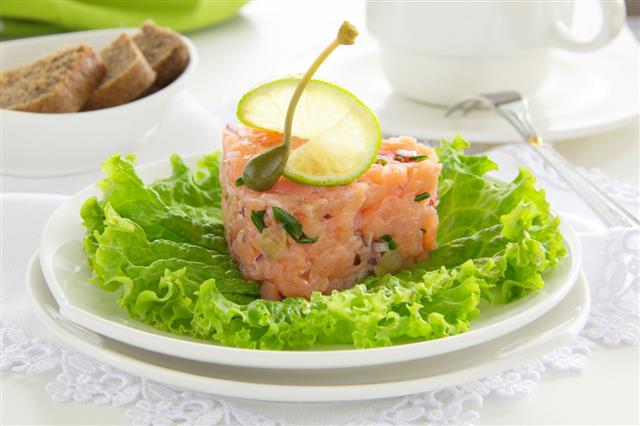 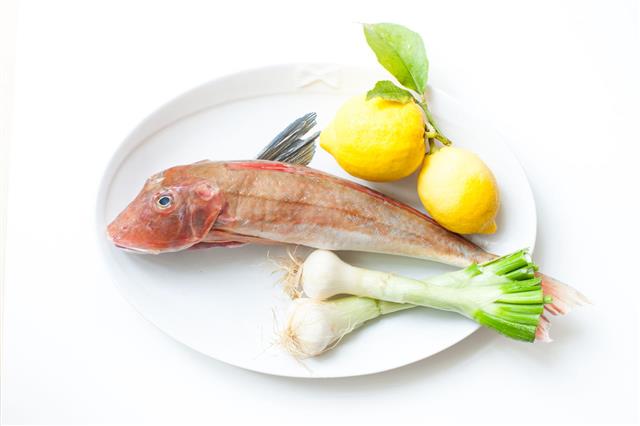 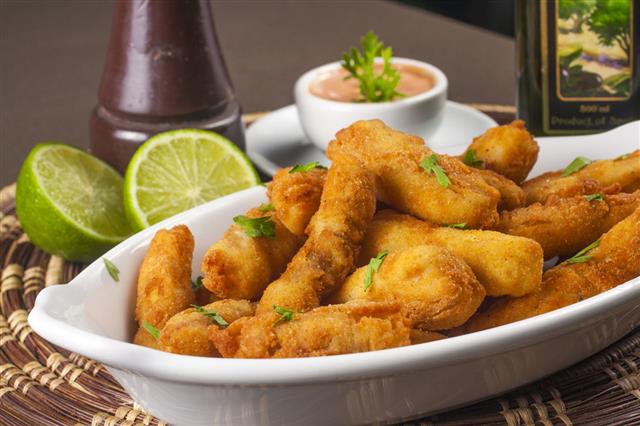 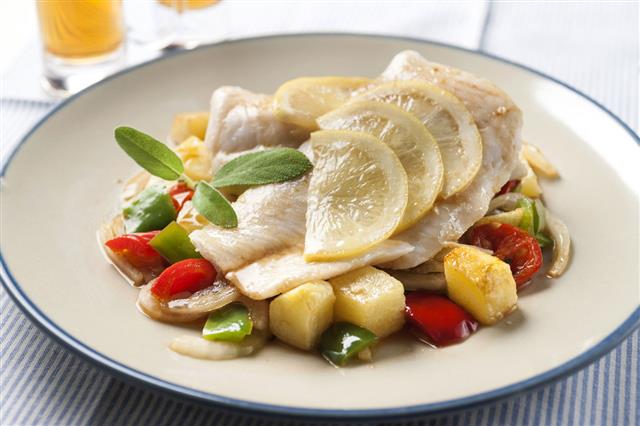 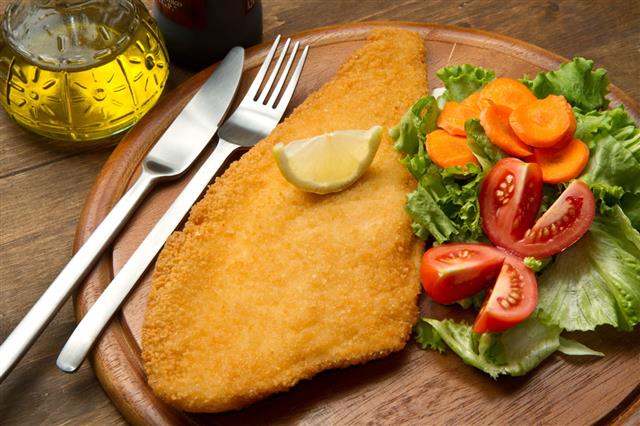 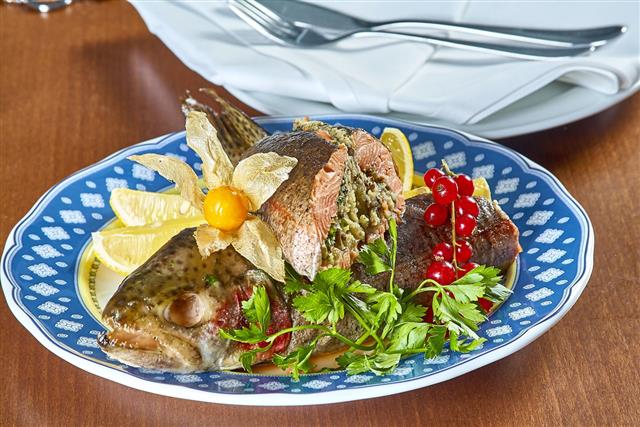 There are many people, who refrain from handling and cooking fish, only for one reason – its odor. Some may find this smell so repulsive that they exclude fish from their diet. You may find it difficult to believe that fish odor can be removed with some simple home remedies. One of these popular remedies include lemon juice. Go through this article to know more about the action of lemon juice in neutralizing fish odor.

We all know that most of the fish have an offending smell that can be repulsive for many. Even though, this smell may not matter for those who love fish, there are others who do not touch or eat fish mainly, due to the smell. There are various remedies for removing this fish smell from the hands, after handling or eating them. You may also use some remedies to neutralize the smell of the fish. If you want to use lemon juice for fish odor removal from hands, you may rub lemon wedges with a small amount of salt. After cleaning or eating fish, you can use lemon juice or vinegar for washing hands. Even toothpaste, shampoo, hand sanitizer or de-fishing soap can be effective in removing odor of fish from hands.

Deep frying fish may release the fish odor and in order to control this, you can add a slice of raw apple with every batch to be fried. The apple absorbs the odor and you can discard each piece, before frying the next batch with a fresh apple piece. If you want to reduce the smell of fish, before cooking them, all you have to do is to immerse them in milk mixed with the juice of half a lemon. In case of shrimp, you can boil them with some cinnamon sticks, so as to reduce the odor. If you want to get rid of fish stench from the refrigerator, you may place some newspapers that will absorb the smell. Lemon juice is found to be one of the popular home remedies for removing fish odor.

You might have heard about lemon juice health benefits. But, it is also useful for various household purposes like, removing fish odor. While, lemon juice is added to fish while cleaning, so as to reduce its smell, the same is applied on the hands for removing fish odor. Lemon juice solution with water is sprayed on the kitchen platform and other surfaces to remove this odor. You may also rub the lemon peels on the knife and other utensils for this purpose. In short, lemon juice is a multipurpose remedy for removing odor of fish. But, how does lemon juice remove the odor of fish? Continue reading this Tastessence article for a brief overview about the chemistry behind this remedy.

Fish contains certain organic compounds called amines (derivatives of ammonia). These amines are responsible for the offending smell of fish. These compounds are so volatile that they get released to the atmosphere, whenever you open the wrapping. Amines are alkaline in nature and when it reacts with the acidic lemon juice, ammonium salts are produced. Ammonium salts being non volatile, do not enter the atmosphere and you will not get the odor.

So, from now on, you don’t have to fret over the smell of fish, as you have the remedy for the same. Don’t forget to get lemons, along with fish! 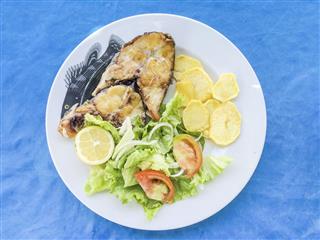 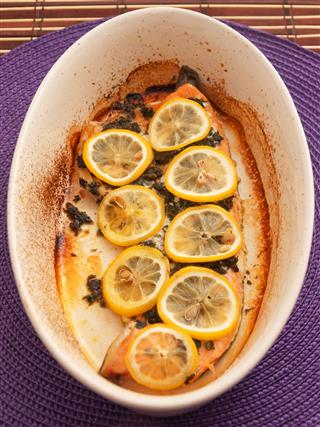 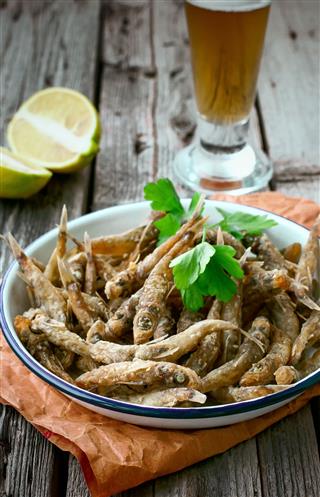 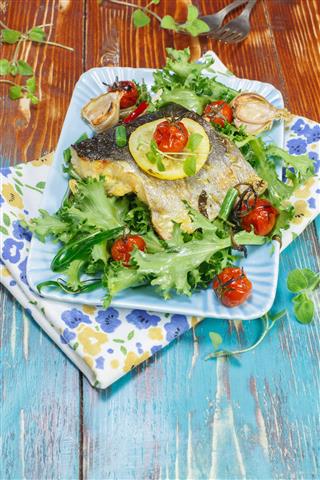 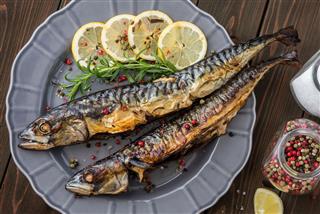