Is There a Healthy Substitute For Brown Sugar?

Home / Substitutes / Is There a Healthy Substitute For Brown Sugar?

Whether you use brown sugar for a hint of sweetness in your coffee or as a key ingredient in your signature baked goods, there’s no denying that brown sugar adds a tasty kick to just about anything. Unfortunately, it isn’t the best thing to consume if you’re trying to eat well, which could prompt you to look for a healthy substitute for brown sugar.

Luckily, there are a handful of items that you can use as a healthy substitute for brown sugar. In this post, we’ll share a few of our top picks for what to use instead of brown sugar. Keep reading to learn how you can swap your brown sugar for a more health-conscious option.

If you’ve never heard of muscovado sugar, you aren’t alone. It looks and tastes quite similar to brown sugar, but it contains higher amounts of molasses. Muscovado sugar is created by removing the juice from sugar cane, mixing it with some lime, and cooking it to produce crystals.

The key difference between these two ingredients is that coconut sugar doesn’t retain as much moisture as brown sugar. If you’re making baked goods, you’ll need to account for this difference by adding a bit of oil or butter along with your coconut sugar.

In recent years, raw sugars (like turbinado) are becoming more popular with coffee and tea drinkers. These days, you can often find them in coffee shops under the Sugar in the Raw brand name.

Raw sugar makes for an excellent healthy alternative to brown sugar, but you’ll need to consider the texture differences between the two before using them interchangeably. While brown sugar has a fine, sand-like consistency, raw sugar is more coarse and rocky. Before using raw sugar, you might prefer to grind it a bit to break up the larger chunks.

You might not have any of the other brown sugar substitutes on this list already in your cupboard, but you likely have a jar of honey somewhere in there. Honey is an easy alternative to brown sugar since it adds a similar level of sweetness without being too overpowering.

Since honey is liquid, however, you will need to make some adjustments before using it in place of brown sugar in your baking. For each cup of brown sugar that your recipe calls for, you replace it with ⅔ to ¾ of that amount of honey. You’ll also want to reduce the other liquids in your recipe by a few tablespoons to ¼ cup.

As you can see, finding a healthy substitute for brown sugar doesn’t have to be complicated. You should be able to find any of these ingredients in your local health food store or online.

For more cooking tips and ideas, check out the Tastessence blog.

Egg Yolk Substitute Ideas: What To Use Instead 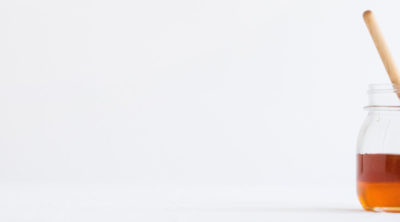 What Can You Use As a Honey Substitute? 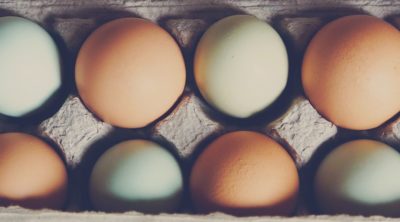 Simple Baking Swap: How to Use the Applesauce Egg Substitute