Farmer's cheese is one of the easier kinds of cheeses to make and has a variety of uses in the kitchen. However, if you've run out of farmer's cheese or simply want to try something new, maybe it's time you try out the 9 alternatives we're providing in this Tastessence article. 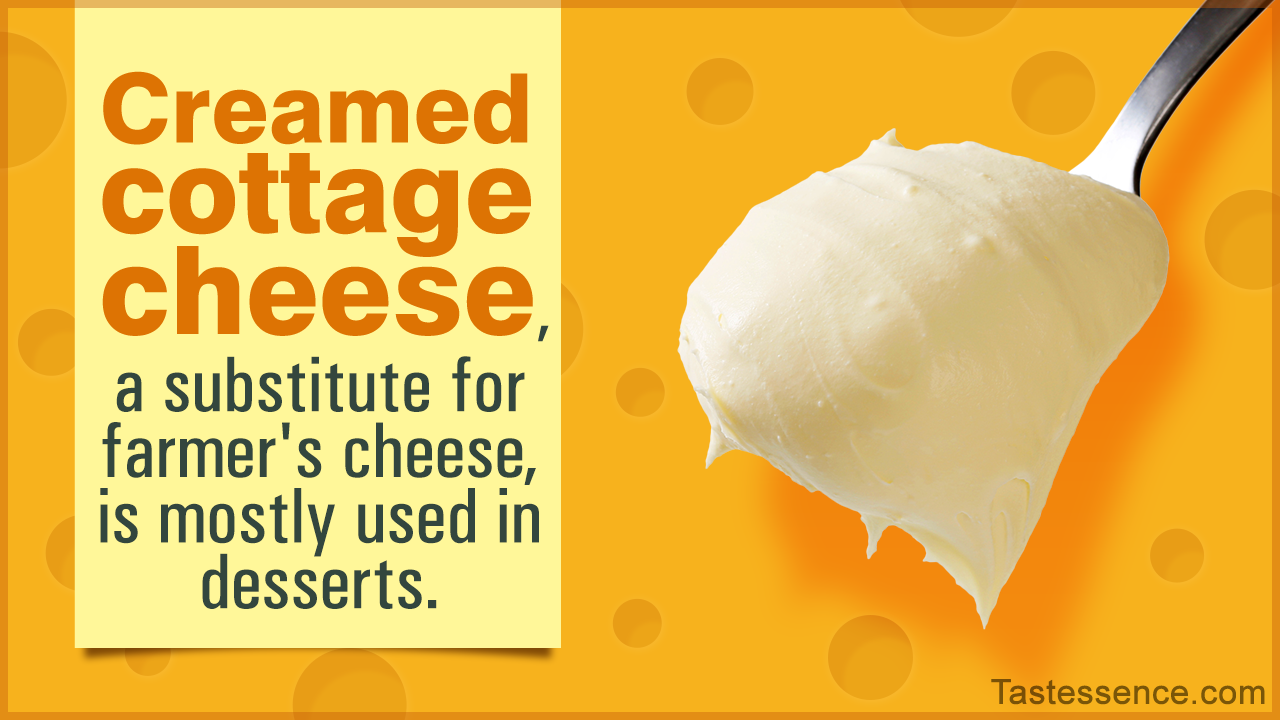 Farmer’s cheese is one of the easier kinds of cheeses to make and has a variety of uses in the kitchen. However, if you’ve run out of farmer’s cheese or simply want to try something new, maybe it’s time you try out the 9 alternatives we’re providing in this Tastessence article. 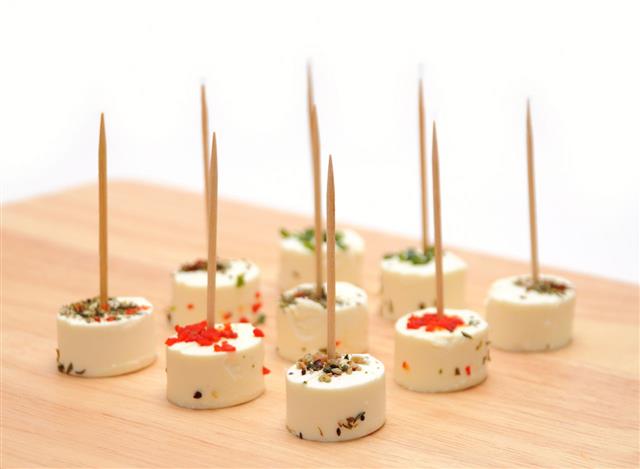 Remember, remember!
Fresh cheeses must be consumed within a week of making them. Don’t forget to check the ‘to be consumed before’ instruction on the back of the box if you buy your fresh cheese from a store!

Sometimes, it so happens that you’ve run out of farmer’s cheese right when you need it. Or maybe, you’re bored of farmer’s cheese and want something else for your yummy dishes. Whatever may be your reason, if you’re looking for some farmer’s cheese substitutes, you’ve definitely come to the right page. Before we get into those, however, allow us to tell you a little something about farmer’s cheese, so you know exactly what kind of cheese you’re going to be dealing with.

Farmer’s cheese is a fresh cheese type that can be consumed almost immediately after it is made and dried, and as the name suggests, is popularly made on farms all over the world, especially in the Middle Eastern and European countries. Farmer’s cheese is made from cow’s milk, goat’s milk, or sheep’s milk, and is one of the easiest cheeses for a beginner to make. Being soft in nature, it can be sliced as well as used as a spread. Some popular food items that use farmer’s cheese as an important ingredient are blintzes, pierogi, smoked meat, some sandwich spreads, ravioli, and lasagna, among others.

Now that you know some basic information about farmer’s cheese and where it’s used, let us look at the cheeses that are used as substitutes for it, all over the world.

Farmer’s Cheese Alternatives
Paneer
Very similar to farmer’s cheese, paneer is a fresh cheese made by curdling milk with an acidic substance, such as lemon juice or vinegar. One of the most popular ingredients in Indian cuisine, paneer is soft, moist and does not have a distinctive taste, which makes it a good alternative to farmer’s cheese. However, paneer is unsalted, unlike farmer’s cheese which may be salted at times.
Goat Cheese
With a crumbly texture and a mild taste, goat cheese can be substituted for farmer’s cheese if it is a slightly more tart taste that you’re looking for. Goat cheese too is made from curdled milk― either by addition of acidic substances like lemon juice, or by adding rennet. The most natural and traditional way of doing it is to allow raw milk to curdle naturally, though this may take some more time. Goat cheese is a good alternative for those who are intolerant to cow’s milk and its products.
Ricotta
Ricotta is a popular cheese that is used as an alternative for many different cheeses. Originally from Italy, ricotta is a whey cheese that is prepared from the whey of cow’s milk or sheep’s milk, after the milk has been used for making other cheeses. Fresh ricotta is soft, while aging ricotta becomes less softer with time. If you want a saltier substitute to farmer’s cheese, ricotta would be a good choice for you.
Neufchâtel
Neufchâtel is native to the picturesque Normandy region of France, and is one of the oldest cheeses made in the country. Neufchâtel is soft and a little crumbly in its texture and can be used to substitute farmer’s cheese in various recipes, especially if you feel farmer’s cheese is bland, and it is a saltier, tangier taste that you’re looking for. Since it has a relatively low fat content, it is often also preferred by those who are looking for a healthier option.
Queso Blanco
A little more acidic than farmer’s cheese, queso blanco is a Mexican cheese that may be used as a substitute to the former. Queso blanco is soft, mild, and creamy, and may be used as a topping to Mexican dishes, in soups and salads. Literally translated, queso blanco means ‘white cheese’ in Spanish, and is traditionally made from the milk of cows. It is often compared to paneer, considering its texture, taste, and the manner in which it is made.
Quark
Quark is a fresh, acidic cheese that is very popular in different European cuisines, namely German, Austrian, and Swiss cuisines, to name a few. White in color and soft in nature, Quark can be used as an alternative for farmer’s cheese in various food items. It is made by warming soured milk until the milk curdles, and is generally unsalted.
Havarti
Made from curdled milk that calls for adding rennet to it, Havarti is a Danish cheese that is made from cow’s milk. It is semi-soft in nature, and has a slightly acidic, buttery smell. Havarti is popular as an addition to sandwiches as it is smooth with a taste that leans towards the sweeter side. It looks slightly different than farmer’s cheese as it has a pale yellowish color as opposed to the latter’s white, but works as an alternative for it.
Creamed Cottage Cheese
Creamed cottage cheese, also known as creamed cottage curd cheese (that’s a long name for a cheese, isn’t it?), is a mild, slightly acidic cheese made from curd. A light cream dressing is added to this cheese to make it creamier, and can be used as a substitute for farmer’s cheese in dips, pancakes, desserts, and much more.
Dry Cottage Cheese
Dry cottage cheese is another form of cottage cheese, and it is a quite different from its creamier cousin. Also made from curd, dry cottage cheese does not contain any liquid additions, such as cream. Here’s a small tip―if you want to substitute farmer’s cheese in your dish with dry cottage cheese, visit the farmers’ market instead of a grocery store, ’cause you’re more likely to find fresh dry cottage cheese at the farmers’ market than at the grocery store.

There you go! You now have 9 really good farmer’s cheese substitutes, and we’re pretty sure you’re going to like them. Choose a substitute that goes really well with your recipe and make sure that nobody in your family, as well as you, is intolerant to any of these cheeses. Enjoy!