How many types of alcohol do you think are there? The answer to this question might shock you. Read the Tastessence article to find out about the different types of alcohol available around the world.

How many types of alcohol do you think are there? The answer to this question might shock you. Read the Tastessence article to find out about the different types of alcohol available around the world.

“To alcohol! The cause of… and solution to… all of life’s problems.”
― Matt Groening

Alcohol can be categorized into 3 essential types―wine, spirits, and beer. Different alcoholic beverages are served in specific glassware as it accentuates the flavors and presentation of the drink. In the following sections, we will learn about the different types of alcohol, and how each is unique in its own way.

Wine can be categorized into 5 fundamental groups―red, white, rosé, sparkling, and fortified. Within each group, there are hundreds of different grape varieties and winemaking styles.

Wine is produced after the fermentation process of grape juice is complete. The process takes a month or even years to complete. Depending on the particular wine, the aging process can vary. It is said that the longer the aging process, the better it tastes. To make wine, grapes are crushed with various kinds of yeast. This yeast is the main ingredient which produces alcohol after converting the sugars in grapes. Most wines are below 9% ABV to above 16% AVB.

Did you know that distilled spirits such as brandy, gin, rum, tequila, etc., have 0% carbohydrates, fats, and cholesterol? Also, all spirits, except for beer and wine, are technically clear and colorless to begin with. The golden brown hue and other rich colors comes from the aging process.

Spirits isn’t a specific name for any drinks or something. It is simply a term used to describe unsweetened and distilled alcohol. To produce any type of spirit, the use of fermented substance is accepted which later goes to the distillation process. This method makes spirits strong and potent. All spirits or hard liquor contain a high amount of alcohol, which is anywhere from 20% to 65% ABV.

An after-dinner drink, brandy is derived from the Dutch word, brandewijn; which means “burnt wine”. It is produced by distilling wine and contains around 35―60% ABV. There are three types of brandy available all around the world―grape brandy, fruit brandy, and pomace brandy.

Gin is produced from distilled juniper berries. This is what gives gin its fabulous taste. The ABV of gin is around 37―40%. Unlike other spirits, gin is meant to be combined with mixers and juices; it is never intended to be served as is.

Rum is produced from sugarcane juice through the fermentation and distillation process, or by molasses. The wonderful flavor of rum comes after aging it in oak barrels. The storage time is as long as 30 years (sometimes even more). The ABV of rum is somewhere between 40―55%.

Vodka is a made by distilling fermented grains or potatoes, although some modern brands use other substances such as wheat, rye, corn, fruits, or sugar. It contains purified ethanol and water which, at times, goes through various stages of distillation. Vodka has around 35―50% ABV.

The use of a plant, blue agave (found in a town in Mexico) is important to make tequila. However, due to a change in a Mexican law, tequilas don’t necessarily need to be made with only distilled blue agave. There are different types of tequila available which do have 100% agave. The various colors of tequila is obtained due to aging process, method, and time duration. It has 40―50% ABV.

Did you know, in Gaelic, whiskey means “Water of Life”. You get whiskey after the fermentation process is done which uses wheat, barley, rye, and corn. There are various types of whiskey like Bourbon whiskey, Single Malt, Tennessee Whiskey, Rye Whiskey, Cask Strength Whiskey, and many more. It has around 40―53.3% ABV.

All the spirits mentioned above have different ABV percentages. The higher the percentage, the more alcohol content it has. There are tons of different alcoholic drinks made with these spirits. And hence, it is one of my favorites. Now a word of caution. The ABV percentage is pretty high in the drinks made with spirits, which is why they are called hard drinks. So whenever you drink any of these drinks, make sure you do so responsibly.

Did you know that the shape of the glass you choose to drink your beer from affects its flavor? This is because the shape of the glass affects the way you hold it in your hands, which warms the beer and affects its flavor due to the temperature change. Which is why, you should always drink beer from a thick glass, or one with a handle. On the other hand, if you are drinking beer that tastes better at room temperature, prefer drinking it from a chalice glass.

Made with four basic ingredients―barley, water, hops, and yeast, beer is made by extracting the sugars from grains which helps the yeast to turn it into alcohol and CO2; ultimately which creates beer. Beer is produced after the fermenting and brewing process is done. There are 2 types of beers available―ales and lagers. The only difference between these 2 types is the use of yeast. Ales use top-fermenting yeast and lagers use bottom-fermenting yeast.

Disclaimer – Tastessence does not advocate the use of alcohol to anyone. We strongly reject the notion of minors, who are not of legal age, to drink any/all alcoholic beverages mentioned in the article. The content provided here should be taken as general information only. 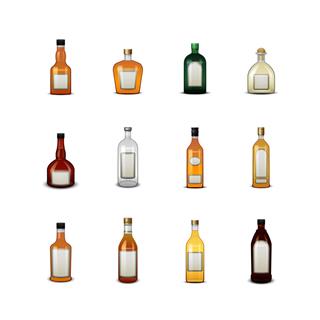 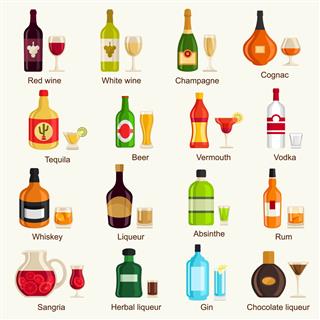