Difference Between Clementine and Tangerine

Tangerines and clementines belong to the mandarin variety of the orange family. Often thought to be similar, these fruits are apparently not one and the same... 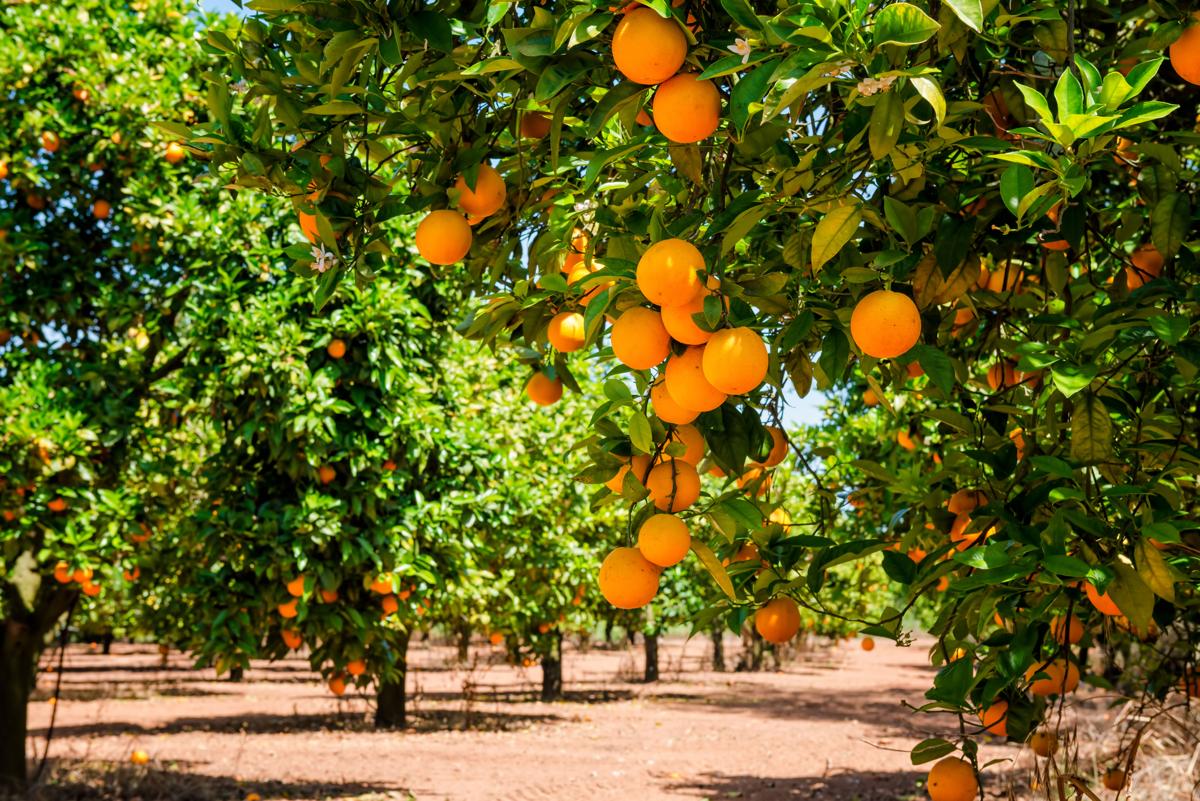 Tangerines and clementines belong to the mandarin variety of the orange family. Often thought to be similar, these fruits are apparently not one and the same… 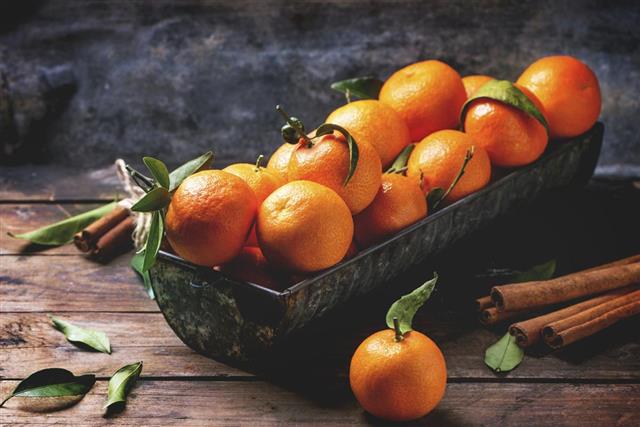 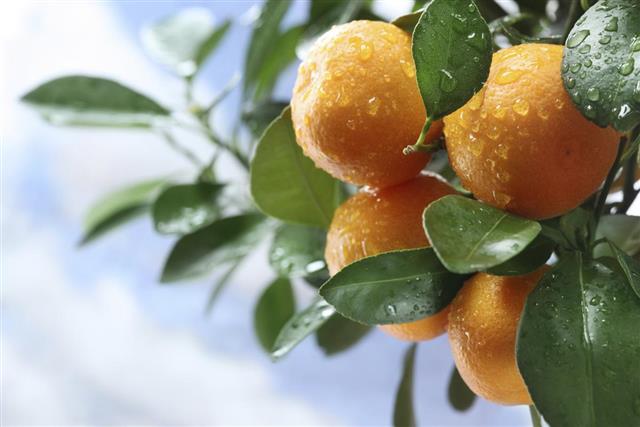 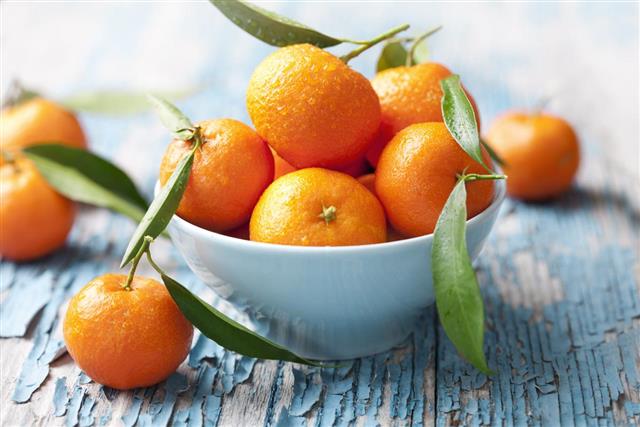 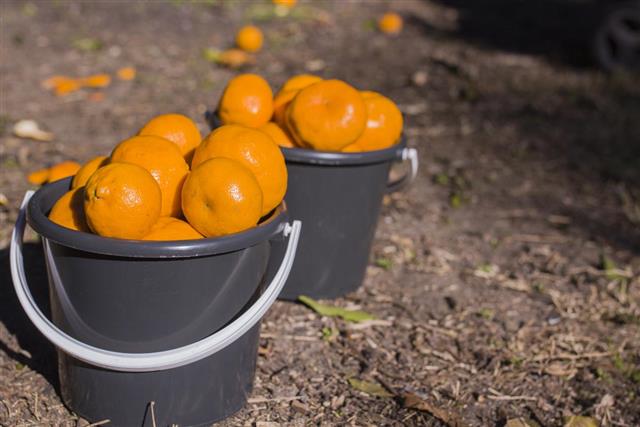 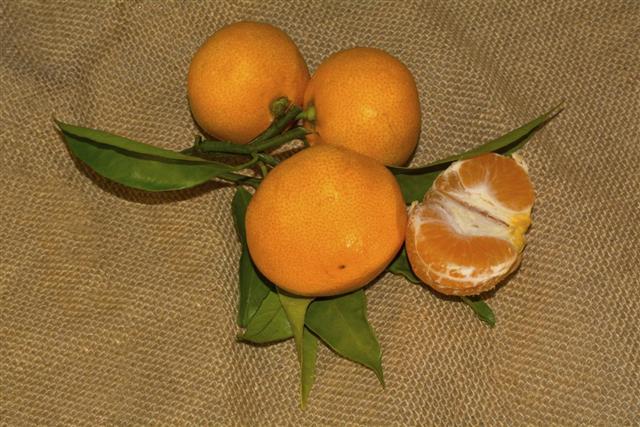 Tangerines and clementines, that belong to the mandarin variety, are botanically known as Citrus reticulata and are relatively less sour than an orange.

If one goes by the saying, ‘no two leaves are alike‘, then, this principle can be applied to these fruits. Though both clementines and tangerines belong to the same family of mandarin oranges and are rich sources of vitamin C and citric acid, they are visibly different from each other. Let’s take a look at how the tangerine varies from the clementine.

What’s in a Name Anyway?

Referred to as citrus tangerine, it is a smaller and thin-skinned cousin of the orange. Tangerines were initially cultivated in China and Japan and moved to the west in the 19th century. Tangerines are generally used in salads and desserts, the peel is dried and widely used for the Sichuan cuisine. The varieties of Tangerine include honey tangerine, sunburst tangerines, dancy tangerine and ponkan or Chinese honey tangerines. The tangerine season lasts from October to April in the Northern Hemisphere.

Clementines, also known as the seedless tangerines, are varieties of the mandarin orange. The clementine is considered to be an accidental hybrid, a cross between an orange and a mandarin, and is said to be discovered by Father Clement Rodier in 1902. The clementine, like the tangerine, belongs to the family of Citrus reticulata and is also referred to as the Algerian tangerine. The clementine has an intensely sweet flavor and are a holiday favorite. They are widely grown in Algeria, Spain, Morocco, Italy, and Turkey and are available from mid-November to January.

Though the fruits belong to the same family of mandarin oranges, the two are visibly different from each other. While the tangerine has a pebbly skin without deep grooves that make it a slight bit tougher to peel, the clementine has smooth and shiny skin making it easy to peel. The skin of the clementine is thinner and looser than that of the tangerine.

So Say the Taste Buds…

Like all other varieties of the orange, the clementine and the tangerine have a citrus flavor, yet they are comparatively sweeter than the other varieties of oranges. While clementines are the sweeter variety, tangerines in comparison have a slight sour and bitter taste. The intensity of sweetness is the only factor that the taste buds can easily identify.

Clementines are seedless varieties of mandarin oranges and are grown by means of grafting. However, on cross-pollination, clementines can often contain seeds. The presence of seeds in tangerines contribute to the slight bitter and sour flavor.

These differences, though there aren’t many, often go unnoticed, thanks to the similarities that the two citrus fruits share. Owing to their relatively small size, the two fruits are considered to be as on-the-go snacks. 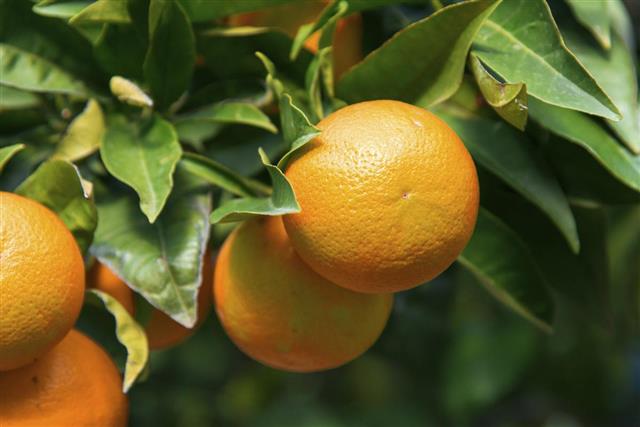