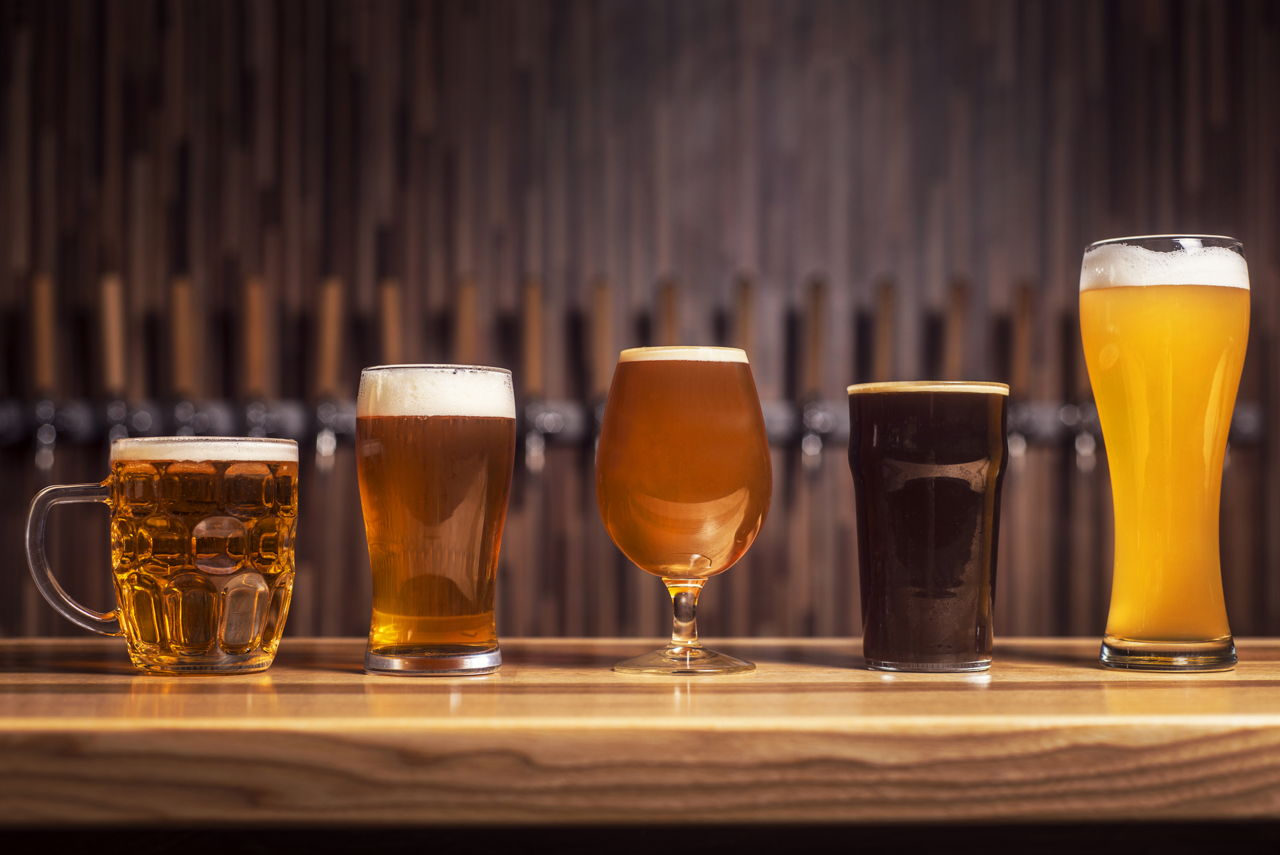 Beer originated almost 6000 years ago. It is made by brewing and fermenting starches or cereal grains like barley, rice, wheat, corn, etc., with malt, water, sugar, and yeast. The water-content is about 90%. Beer is flavored with hop, the flower of hop-vines. It gives beer its distinct bitter taste and it also acts as a preservative. Brewing is an art. Beer has been a part of the culture and tradition of many countries for thousands of years.

Yeast helps the process of fermentation as they convert the sugars in the wort (liquid at the initial stage of preparation) into alcohol. The types of beer are determined by the type of yeast used to ferment the product. The average alcohol content of beer ranges from 4 to 6%. The maximum amount present can be 20%, but such types are rarely consumed. These days, you get variants with 1% alcohol. This can be the minimum level. According to the law, the varieties containing less than 0.5% alcohol are called non-alcoholic beers. Knowing the amount of alcohol helps one to know the number of calories in the drink. Beers that are high in alcohol are also high in calories. To enjoy the health benefits of beer, you should opt for low calorie varieties.

After reading such minute details about the alcohol in beer, you really deserve your favorite drink. However, now you will be more responsible. So, just go ahead and grab a mirthful mug!!