In several parts of the world, cooking without herbs and spices seems unimaginable! After all, they add flavor to meats and vegetables, and even accentuate the flavor of pasta dishes, breads, pizzas, etc. Let's take at a look at the common ones used across the globe. 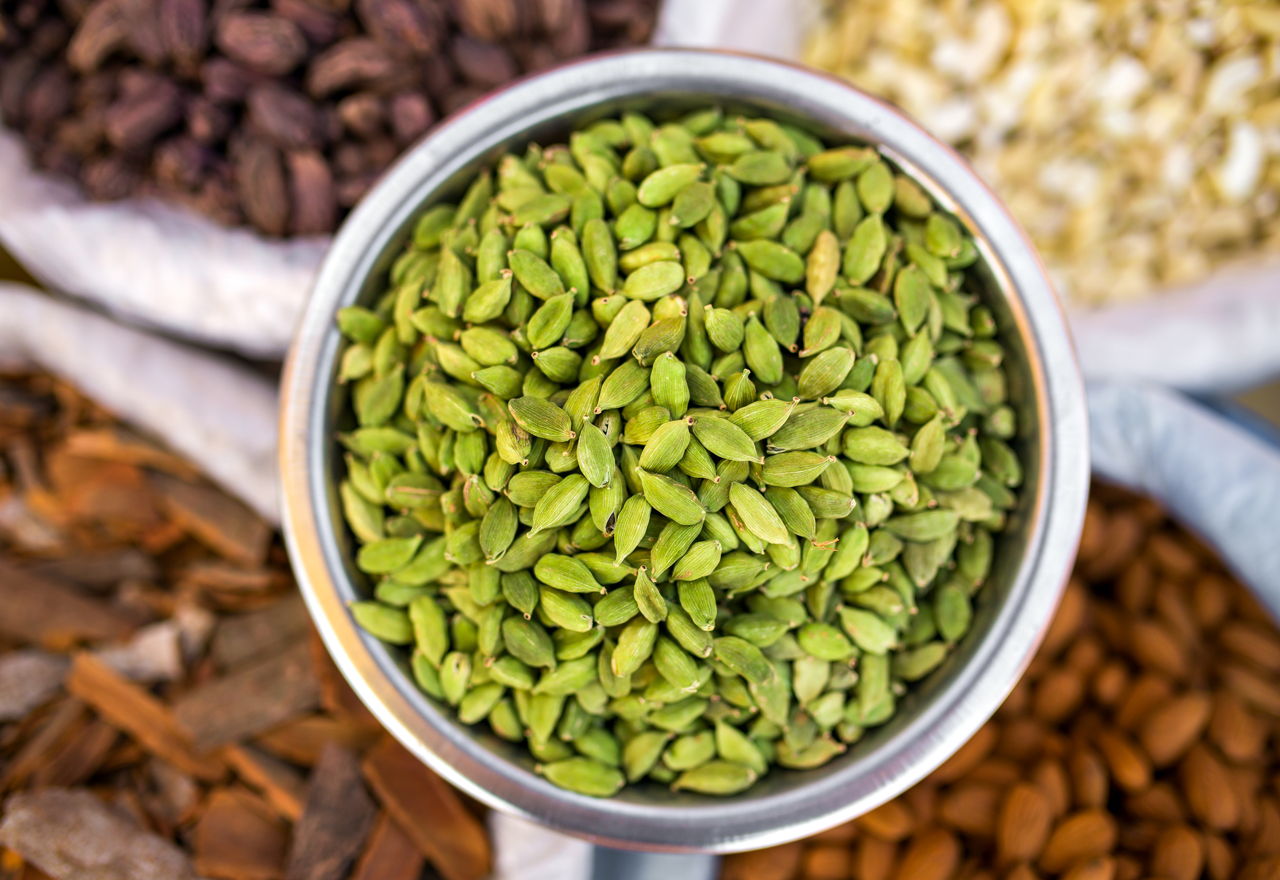 In several parts of the world, cooking without herbs and spices seems unimaginable! After all, they add flavor to meats and vegetables, and even accentuate the flavor of pasta dishes, breads, pizzas, etc. Let’s take at a look at the common ones used across the globe.

Herbs and spices have always been an integral part of Indian cuisine. I’ve grown up watching my grandmother grinding fresh spices like turmeric, coriander, peppercorns, etc. Her freshly-ground spices had a heavenly aroma to them. Using these spices she would prepare mouth-watering delicacies like biryani (rice dish), korma, curries, etc.

If you ever happen to step into her kitchen, you’re sure to be mesmerized by the number of bottles lining the kitchen shelves. While most bottles contained spices, the rest contained dried herbs, that she would occasionally use in her cooking. In fact, she even gave me my first cooking lesson, which involved learning the names and properties of each spice and herb. She allowed me to smell their fragrance and note their colors. Let’s take a look at some of these herbs and spices.

This is a spice that is best when freshly ground. It taste like a mix of nutmeg, cinnamon, and cloves. This is an all-purpose spice that can be used for desserts and salads.

The bay leaves have a mild flavor and give their best flavor when dried. The bay leaves can be used in soups, stews, tomato sauces and even while boiling shellfish.

Dill seed and weed has a mild sour flavor. This common cooking herb and spice is used as leaves, seeds and even whole. You can use it with eggs, fish, meats, potato, bread pudding, salads, sauces, and even pickles.

This has a similar taste like anise but is a bit sweeter. This is used in soups, stews and salads.

This has a peppery and sweet taste and is used in breads, cakes, cookies, etc. It is a common cooking herb in Asian cuisine.

This is a common cooking herb and spice that has a sharp flavor like that of mustard. It is used in flavoring beef recipes, sausage recipes, fish recipes, and potato salads.

This is an expensive spice used to flavor rice, stews, and fish.

This has a sweet and aromatic flavor that is used in desserts, ice creams, puddings, and cake recipes.

These come with a pungent, piney flavor and are used to cook beef and pork recipes, as well as marinades and sauces.

This is a common spice that is used in potato salads, egg salads, goulash, and Hungarian dishes.

Marjoram herb has a delicate flavor and is used in stews, soups, marinades, etc.

They have flavor similar to that of marjoram, but it is not that sweet. It is used in mainly used in Italian cuisine.

This is an aromatic herb that has a lemony-pine scent. It is used in many meat recipes and sauces.

This has a flavor that is similar to anise and is used in tartar sauce, cream sauces, eggs, and seafood salads.

This mint-flavored herb is used in pâté, meat, fish, soups, and bean dishes.

The uses of these herbs and spices will vary from one region to another, one culture to another.