You’ll Die for This Buffalo Wing Sauce Made from Scratch

Let's indulge in how to make buffalo wing sauce from scratch, that you can whip up in a jiffy to dowse those delicious buffalo wings in. Turn ordinary chicken wings into tempting appetizers in no time...

Let’s indulge in how to make buffalo wing sauce from scratch, that you can whip up in a jiffy to dowse those delicious buffalo wings in. Turn ordinary chicken wings into tempting appetizers in no time…

The thought of scintillating buffalo wings coated with a to-die-for sauce, immediately triggers one’s taste buds to salivate. The idea originated in late 1964, from Anchor Bar in Buffalo, New York, owned by Frank and Teressa Bellisimo. It was first used as an ingredient in soups and stocks by most people, but the Bellisimos struck gold with chicken wings dipped in a sauce preparation.

Buffalo wings weren’t considered a delicious part of the chicken, lacking in meat. Now restaurants of all kinds, including junk food joints, have their own buffalo wing creations, one juicier and tastier than the next place. There’s even a ‘Chicken Wing Day‘ on July 29th, to mark the advent of the chicken wing appetizer.

All my memories associated with buffalo wings, have me thinking of the barbecue sauce it was generously coated in. An old college friend of my sister’s, recently gave her a bottle of Kraft’s BBQ sauce from Baltimore, and we’re just waiting for an opportunity to indulge. Using barbecue sauce as a dip for chicken wings, has been a favorite for years, but you can also experiment with cheese dips and other creative concoctions.

Buffalo wings drenched in Jack Daniel’s barbecue sauce, which is of course one of the best buffalo wing sauces, is a definite sinful act you must be a part of.

How to Make Buffalo Wing Sauce from Scratch

Here comes the yummy part – making homemade buffalo wing sauce. You can use this recipe for party appetizers, outdoor barbecues or even over the weekend when you’re downing either buffalo wings or even fried chicken – or any meat for that matter. It brings out not just the taste of the spices used, but gives it a well-rounded flavor in your mouth, hitting those spicy, tangy and sweet spots. Here’s how you can make an easy buffalo wing sauce recipe.

There you have it! Buffalo wings baked/fried to a crispy finish. You can eat it with side of a generous helping of olives, French fries or mashed potatoes. Now that you are equipped with knowing how to make the buffalo wing sauce recipe, you can use it to coat any meat or even as a dip for ready-to-eat nuggets, potato wedges, onion rings, chicken fingers, fish fillets and so on. The buffalo wing sauce with Tabasco, is not a hard and fast rule ingredient to add in, but it does give it that extra something in flavor. Look into this wing hot sauce recipe, for more ideas.

With this buffalo wing sauce, you can also experiment with other ways to incorporate interesting ingredients to alter the taste. People are going to flock to your home, to try out that lip-smacking sauce. 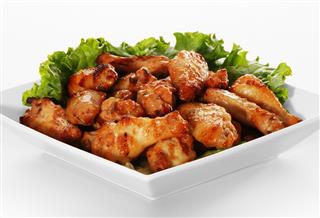 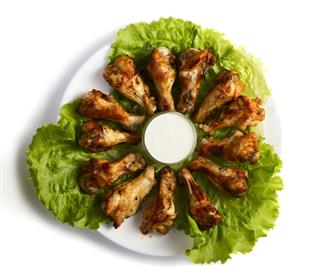 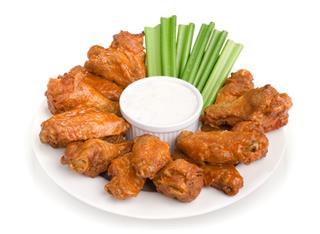 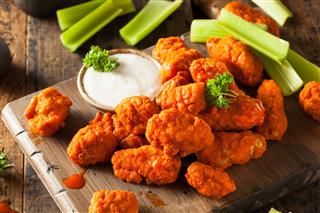 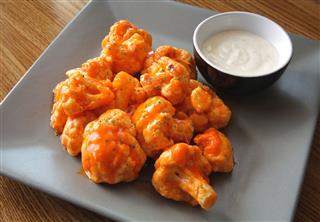 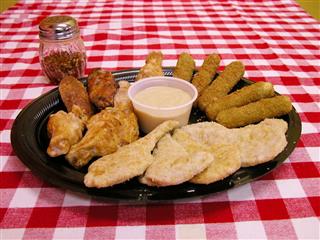 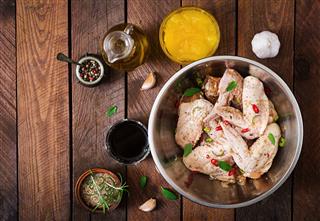 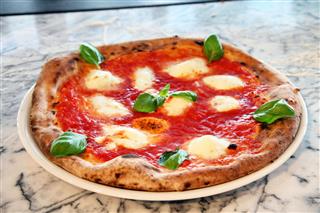 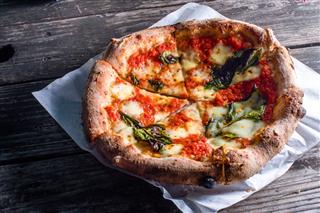