Easily Available Vegetables That Can Be Substituted for Bok Choy

Greens are as important in diet as sunlight is for bones. But we hardly bask in the sun, and we hardly use greens in the diet. But there are some really good ways to cook where you can use greens, almost any and all greens. In fact, you can even use one instead of the other. One very popular green vegetable is bok choy. Tastessence gives you some bok choy substitutes which you would be glad to use.

Greens are as important in diet as sunlight is for bones. But we hardly bask in the sun, and we hardly use greens in the diet. But there are some really good ways to cook where you can use greens, almost any and all greens. In fact, you can even use one instead of the other. One very popular green vegetable is bok choy. Tastessence gives you some bok choy substitutes which you would be glad to use. 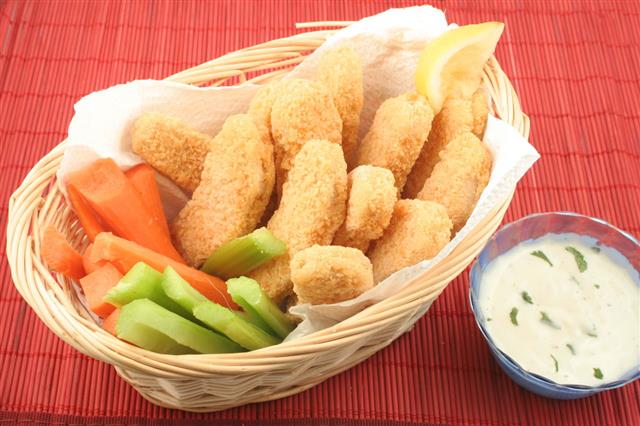 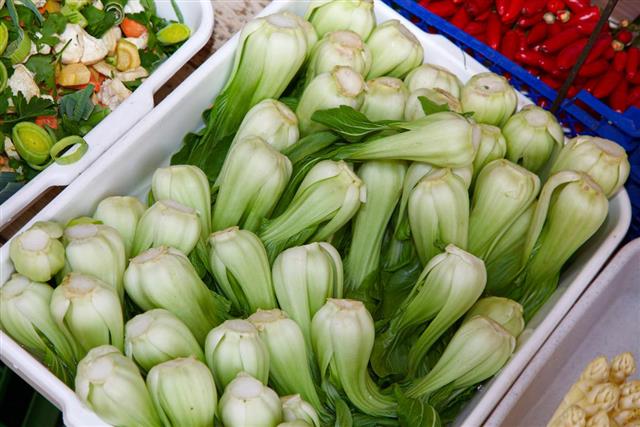 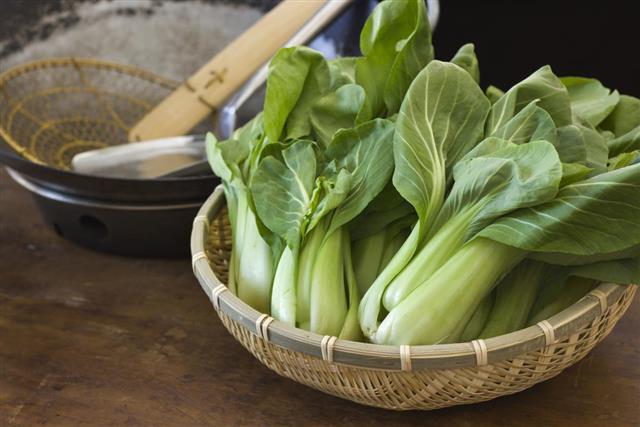 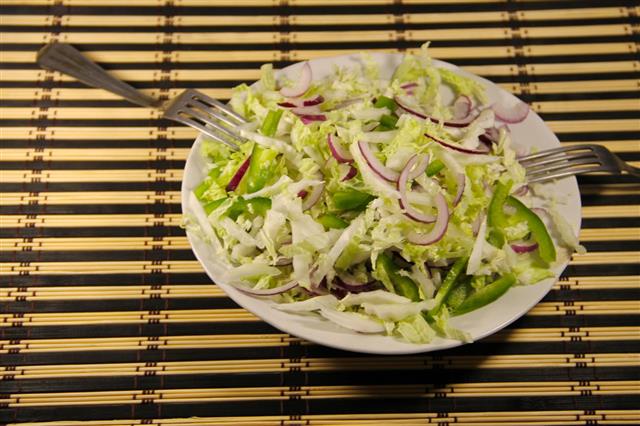 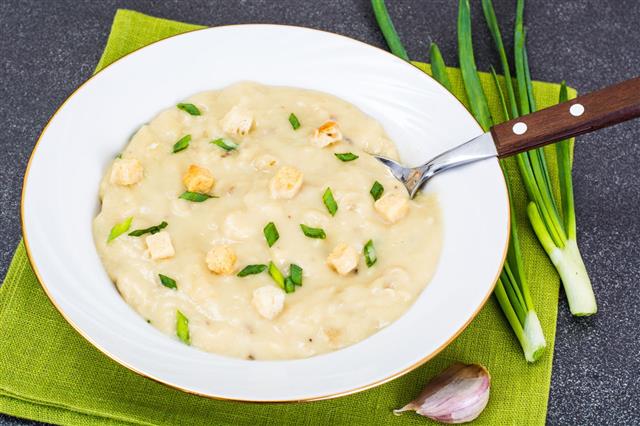 The Napa Cabbage is known as the ‘patriotic cabbage’ of China. The Chinese government began a campaign where the countrymen were urged to buy maximum cabbage if they considered themselves patriotic. This was done in order to boost the sales of the cabbage which wasn’t doing great in terms of sales, thus posing a threat of loss to the farmers.

Before knowing about the bok choy substitutes, do you care to know the interesting names we have for this leafy, fibrous vegetable? Well, to begin with, let’s start first with the scientific name, Brassica rapa chinensis. The other common and of course popular names are, horse’s ear, pak choi, Chinese chard, Chinese mustard, celery mustard, spoon cabbage, white cabbage, or Shanghai bok choy.

It is recognized for its high nutritional value. Almost all parts of it are edible. The leaves are fibrous, green, and quite coarse and thick. The stems can be white or green in color. They have been a part of Chinese vegetation since the 5th century, but was introduced in Europe and America in the 18th century only. It forms crunchy and crispy parts of various salads, stir fries, bakes, juices, soups, or even smoothies. It has also got anti-cancer compounds.

Loaded with so many goodies, this green fiber doesn’t end up in the kitchen of most urban families. The reason is simple. The economic value of bok choy is several times higher than many other similar fibrous veggies. Hence, people look up for its substitutes wherever possible, even though there are some variations in the texture and taste of those substitutes. The difference in the price is so high that people are more willing to give up on taste rather than on the pennies!

And yes, there are countries where it is now being harvested, but the unavailability of bok choy is also a reason to find out its alternative. In this article we shall provide you with some alternatives of bok choy which could replace bok choy in the closest possible lines, though some difference in the texture and taste can’t be ruled out all together. Find out more.

When talking about substituting bok choy with the closest thing possible, it has to be the napa cabbage which tops the list. Also a variety of Chinese cabbage which had its earliest roots in China. Like the bok choy, it has got long, coarse, green leaves which are fibrous. Post cooking they retain their crispiness which makes it a great choice for substituting bok choy. You can use it at your will in all the dishes which call for bok choy, and have no regrets whatsoever! But make sure you don’t boil it. Rather stir fry it. You will recognize it with its unique shape, which is markedly oval in shape, in contrast with the spherical shape that most cabbages and kale have.

When it comes to summarize the nutritional value of Swiss chard, there isn’t anything that can go wrong with it. It ranks at the top, and there isn’t any reason to exclude this from your diet. In fact, it also substitutes bok choy excellently. And to add to it, don’t forget the bright color it lends to your dish. This reason is perhaps enough to go ahead substituting bok choy woth Swiss chard. This has also got it several interesting names like strawberry spinach and silver-beet, and sea kale. It belongs to the beetroot family and the spinach family. But you can replace bok choy with ease with Swiss chard. They will darw your attention quickly to their multicolored stems. However, ensure that you don’t cook the leaves and the stems together, as they require different treatment.

In the first appearance you would take Chinese broccoli as yu choy. But they are way different from each other. You can know it with its thin leaves and yellow flowers. It belongs to the mustard family, so it naturally has slight bitterness in its taste. Its nutritional value doesn’t need any special mention. Like most greens, it is a powerhouse of all essential nutrients. It’s bitterness can be covered with a few drops of lemon. You don’t have to cook the leaves and the stem separately, allowing you to cook all at once as a stir-fry or in noodles. It works wonders in dishes where you need fish sauce or oyster sauce. It acts as a taste enhancer.

When you are looking to substitute bok choy on grounds of high price, then there isn’t anything as cheap as spinach. Spinach is one of those happy greens which can be turned beautifully into great smoothies. You can also have it in salads, if you don’t detest its pungent smell. It is a great combination for most Asian dishes. You can also add a variety by adding it generously to your shrimp and even tunas, not to forget Asian soups which have plenty of spinach. If you are in a hurry, and need something quickly, just add a bunch of spinach into the wok and stir fry.

If you have been again looking for a cheap substitute for bok choy, then hinge on to a cabbage. Like spinach, cabbage can also save your day if you don’t have bok choy for the food you are cooking. Low on calories, high on nutritional value, this makes a perfect replacement, more so because it doesn’t burn a hole in the pocket if you are a habitual Asian cuisine lover. In fact, you will find it as a potent ingredient in many Chinese, Korean, and Japanese recipes. It has properties similar to the bok choy, hence you need not fear about compromising on the nutritional value as well. So next time you end up in a soup in the absence of bok choy while preparing Chinese food, just substitute cabbage for bok choy.

Well, the above mentioned green vegetables are safe to substitute bok choy in most of the Chinese dishes. But celery has got some mixed impressions. There are some who are ardent consumers of this salad leaf, and don’t mind using a handful of it in cooking. But there are some who don’t like it so much to use it as a substitute for bok choy. You can have it in soups, salads, mixed veggies sautéed, or club it in dips or spreads that use peanut butter.

Some people also opt for miniature baby bok choys, which are nothing but bok choy itself, but a little on the higher side of the price list, even higher than bok choy. You can also try the above mentioned substitutes as good baby bok choy alternatives. 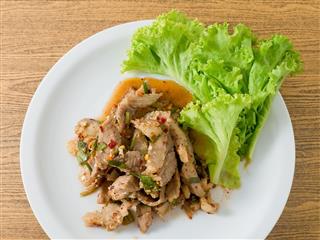 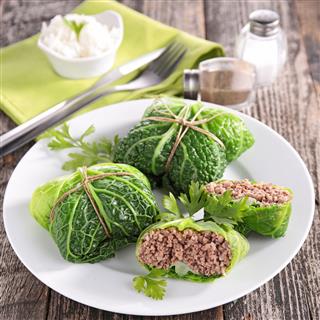 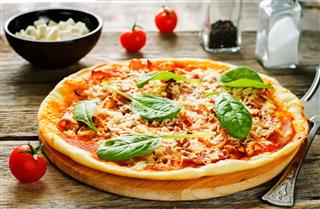 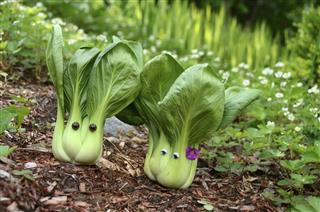 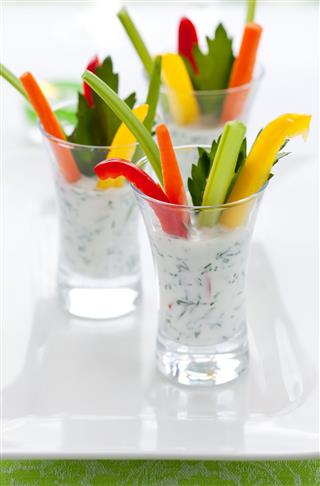