What Can You Use As a Psyllium Husk Powder Substitute?

Home / Substitutes / What Can You Use As a Psyllium Husk Powder Substitute?

Psyllium husk powder is popular among people who have digestive problems, but it’s also a useful supplement to add fiber to your diet. However, it can be pricey and difficult to find at certain grocery stores, leading some people to search for a good psyllium husk powder substitute.

What is psyllium husk powder, and how do you use it?

Psyllium husk powder is a type of fiber that comes from the seeds or husks of Plantago ovata, which is typically grown in India. As the main ingredient in Metamucil, it is well-recognized for its health properties, including constipation relief and overall digestive health.

What can you use as a psyllium husk powder substitute?

While psyllium husk powder is becoming more widely available at chain grocery stores, you usually won’t find a vast selection at your nearest supermarket. Instead, it’s more popular at specialty health food stores. If you cannot find the supplement at stores near you, you might need to explore psyllium husk powder substitute options.

Also, some people are allergic to psyllium husk powder. If that’s the case for you, then finding an alternative is also important.

Here are a few of the best psyllium husk powder substitutes available on the market.

Like psyllium, flaxseed is another excellent source of soluble fiber. Both foods work by absorbing water in your gut and making digestion easier. In turn, this can lower your cholesterol levels and help with diabetes management by stabilizing your blood sugar. You can find flaxseed at health stores and some grocery stores.

Coconut flour is produced from coconut meat and has a fine texture that’s similar to a soft powder. If you have a gluten intolerance, coconut flour (like psyllium husk powder) is a gluten-free ingredient that you can use in baked goods. Almond flour is also gluten-free and high in protein, making it a versatile ingredient for all sorts of recipes and a strong psyllium husk powder substitute.

Often used in overnight oats, chia seeds are similar to flaxseed and psyllium husk powder in that they absorb liquid. They’re rich in fiber, antioxidants, and protein, and you can add them to yogurt and smoothies for a health boost.

For more recipe tips and ideas, check out the Tastessence blog. 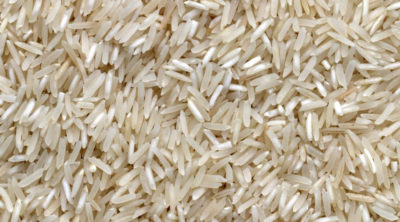