A List of Ingredients in Starburst Candy to Leave You Stunned

Both kids and adults need to be careful while eating candies. This Tastessence article provides information on ingredients in Starburst candies, and explains how some of the ingredients can be harmful for our health. Read on, to know whether Starburst products are gluten-free and suitable for vegetarians. 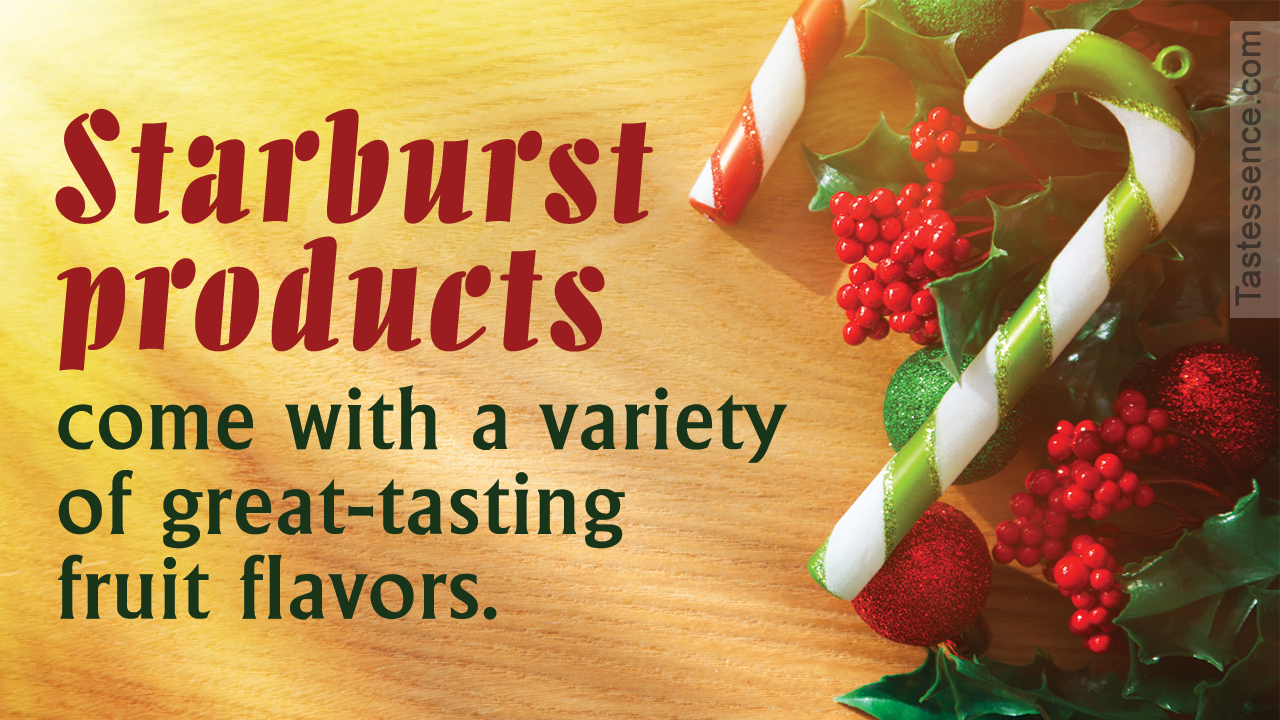 Both kids and adults need to be careful while eating candies. This Tastessence article provides information on ingredients in Starburst candies, and explains how some of the ingredients can be harmful for our health. Read on, to know whether Starburst products are gluten-free and suitable for vegetarians. 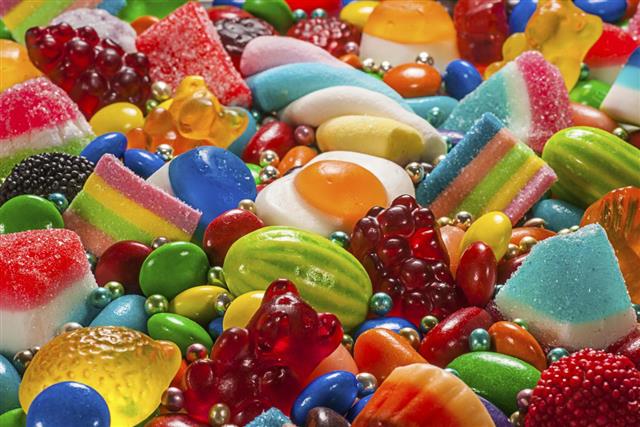 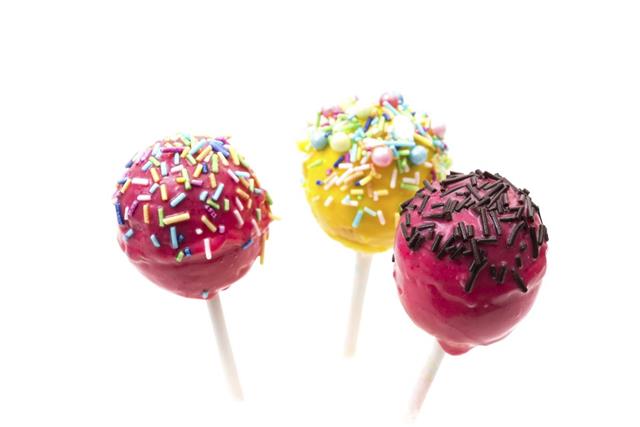 According to the Huffington Post, “An average American eats 24 pounds of candy a year, and most of that is likely consumed right around Halloween.” Over 10% of annual candy sales (worth more than USD 2 billion) happen in a couple of weeks before Halloween.

Starburst is known for its vibrant, attractive, flavorful, and tasty jelly beans, lollipops, gummies, fruit chews, candy cones, hard candies, candy canes, and several other attractive products. The Wrigley Company, a subsidiary of Mars, Inc., manufactures these candies and other products. The brand ‘Starburst’ was introduced by Mars, in England, in 1959. The original name was ‘Opal Fruits’. Strawberry, lemon, orange, and lime were the four original flavors. In 1967, Opal Fruits was brought to the U.S. and was introduced into the market with a new name ‘Starburst’.

The brand and its ‘inexplicably juicy’ candies and chews have gained tremendous popularity all over the world. Starburst products come with a variety of great-tasting fruit flavors, and they are loved for their deliciously chewy texture. It is obvious that these candy concoctions are formulated by esteemed food technologists, and the exact formula would never be revealed to common people. But here are the list of ingredients that are mentioned on the candy.

The company’s website and product labels provide some useful information regarding the ingredients and allergens.

✦ Candy canes are free of harmful elements like fat, cholesterol, and sodium.
✦ Color additives, artificial flavors, and added sugar can be harmful to health and can be described as bad ingredients in Starburst candy canes.
✦ According to the USDA, children and adults in the U.S. consume approximately 25 tsp of sugars per day (that amounts to 400 extra calories).
✦ Those diagnosed with celiac disease or those who are sensitive to gluten will be happy to know that Starburst candy canes, which come in a box of 12 (six strawberry and six green apple), are gluten-free to GF-20 levels. Moreover, they are not manufactured in equipment that are used to process other gluten-containing items.
✦ However, the product is highly processed. Many of the ingredients mentioned above act as preservatives while improving the flavor of the product.

✦ Although the fruit chews are gluten-free and do not contain sodium and cholesterol, they are high in sugar. About 40 g of fruit chews contain 23 g sugar.

Ingredients in Starburst Jellybeans
Ingredients of Concern
1. Gelatin: Commercially, gelatin is produced using byproducts of meat and leather industry. It is derived from fish byproducts, pork skins, pork, horses, and cattle bones, or split cattle hides. It is used as a gelling agent in various foods. In the U.S., Starburst products contain non-vegetarian gelatin. Starburst Minis (unwrapped) do not contain gelatin. They contain pectin derived from vegetable/fruit sources. Starburst in the U.K. is vegan. ‘Suitable for Vegetarians’ is clearly mentioned on their website and packages. Moreover, Starburst U.K. products do not contain any artificial colors or flavors.
2. Hydrogenated Palm Kernel Oil: Many baked goods, baby formulas, crackers, etc., contain hydrogenated palm kernel oil, the oil that is derived from the seed or kernel of the oil palm fruit. Health merits of the oil are highly controversial. Like coconut oil, it contains almost 82% saturated fat and about 18% unsaturated fat. The process of hydrogenation converts the oil into a semisolid substance and makes it more stable. However, the trans fats that are generated can raise bad cholesterol levels.

According to the American Palm Oil Council, there is no need to hydrogenate palm kernel oil as thoroughly as other oils (for example, soybean oil), because it is already packed with saturated fats. Due to limited creation of trans fats, hydrogenated palm kernel oil contains fewer trans fats than other hydrogenated oils. According to the American Heart Association, people should avoid (or consume less) foods that contain saturated fat or partially hydrogenated vegetable oils, as these foods can raise cholesterol levels.

3. Corn Syrup: It is present in several commonly consumed foods. The FDA does not describe it as ‘natural food.’ When ingested, corn syrup gets converted into fat more quickly than any other sugar. Consumption of corn syrup can raise LDL (bad cholesterol) levels and can raise the person’s risk for heart diseases. High fructose corn syrup can affect the body’s ability to produce important hormones like insulin and leptin. This can lead to obesity, diabetes, poor immunity, anemia, fatigue, mood swings, etc. Like other sweeteners, it can cause tooth decay.
4. Colors: This is again a topic of fierce debate. Various color dyes (a food additive used to deepen the color of candy) are considered as contributing factors for hyperactivity in children, ADHD, cancer, and allergic reactions. Most dyes are made from petroleum. Various non-organic, processed foods and drinks contain these dyes. Red 40 and Yellow 5 and 6 contain the chemical benzene, a known carcinogen. More studies are required to prove the health effects of benzene, but till then, it is better to avoid it. Although many nations have banned the use of artificial additives containing benzene, American companies are freely using Red 40 and Yellow 5 and 6 in various processed foods. It has been found that Yellow 6 and Yellow 5 behave like ‘estrogen’ in the human body. High estrogen levels can cause breast cancer. It is suspected that Blue 1 can cause chromosomal damage. Use of Blue 1 is banned in France and Finland. Apart from hyperactivity and aggression, Yellow 5 and 6 can cause insomnia, asthma, allergies, thyroid tumors, etc. Even if the food dye content in a candy is pretty low, it does not mean that the candy is healthy. It just means that the risk is relatively low.
5. Artificial Flavors: What can be the purpose behind adding artificial flavors when natural fruits are available in abundance? It must be ‘lowering the production cost.’ The actual fruit content in the Starburst Fruit Chews is suspected to be miserable if any.
6. Allergens: Cow’s milk, eggs, peanuts, fish, shellfish, tree nuts (such as cashews or walnuts), wheat, and soy are the eight allergens that are responsible for almost 90% of food allergies in the U.S. The lists of ingredients in Starburst candies show that they are free from all the major allergens.

All U.S. Wrigley chewing gum and confectionery products are gluten-free with the exception of some products, (for example, Altoids Smalls Peppermint Mints) which contain ingredients derived from wheat or are made on shared equipment that also processes products with wheat and may contain trace amounts of gluten. Such products are not labeled as ‘gluten free’ and on their labels, it is clearly mentioned that they contain wheat-derived ingredients like wheat maltodextrin, wheat fiber, or wheat flour.

7. Confectioner’s Glaze: Candy makers often use the name confectioner’s glaze for ‘ shellac.’ The substance contains approximately 35% shellac (purified lac resin, derived from insects). Thus, it is gluten-free, but not a vegan product. Vegetarians cannot eat Starburst products that contain gelatin and shellac.
8. Modified Cornstarch: Starch that is physically/chemically treated to change its properties is known as modified cornstarch. It is treated with an acid, like sulfuric acid, and it cannot be called ‘natural.’ It acts as a thickening agent, stabilizer, or emulsifier. The human body cannot digest this starch easily. Various types of modified starches are used in the food industry. According to some, they are safe, while others are of the opinion that they are harmful for our health. Experts say that modified starch contains MSG, monosodium glutamate. As you know, MSG can lead to headaches, bone loss, nausea, skin rashes, irregular heartbeat, and even seizures. Long-term health effects of such food ingredients are completely unknown.

To avoid artificial food dyes (and other harmful elements), one should incorporate unprocessed, whole-food in our diet. In case, you have to purchase a processed food item, select the organic one, as manufacturers are not allowed to use artificial coloring, sweeteners, or flavorings for organic products. Tasty organic candies are available in all stores. 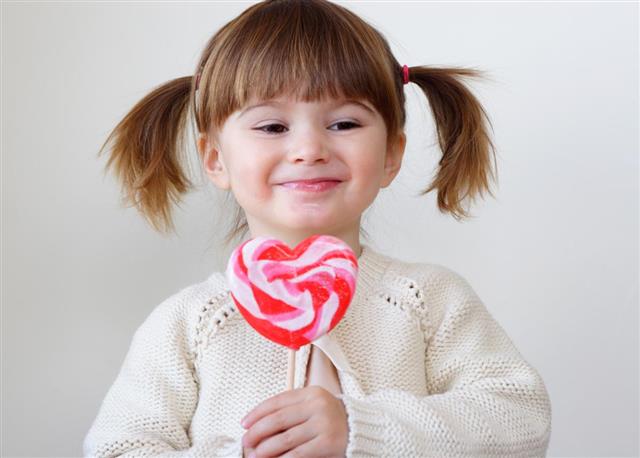 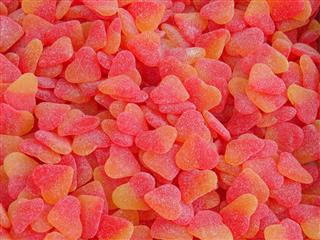 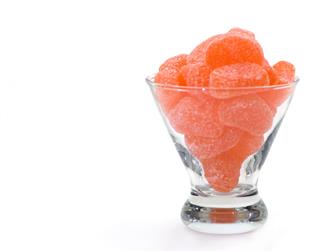 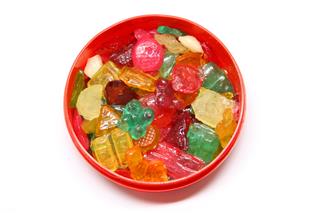