How to Perfectly Tenderize a London Broil? Secret Revealed!

Direct grilling or broiling London broil reduces the flavor and makes it dry. Know basic tips to tenderize London broil, and you can surely grill juicy and flavorful flank steak to complement your dinner menu.

Home / How To Make / How to Perfectly Tenderize a London Broil? Secret Revealed!

Direct grilling or broiling London broil reduces the flavor and makes it dry. Know basic tips to tenderize London broil, and you can surely grill juicy and flavorful flank steak to complement your dinner menu. 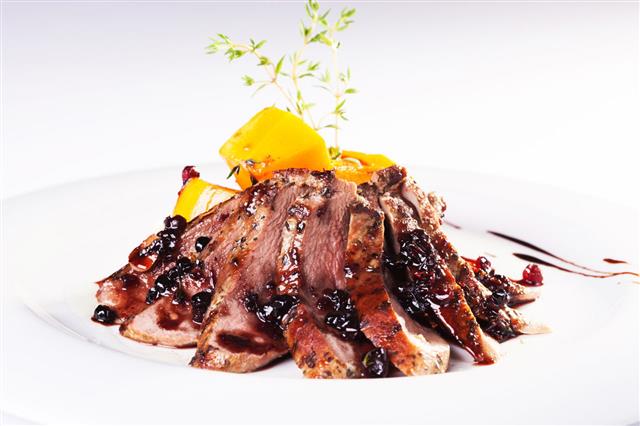 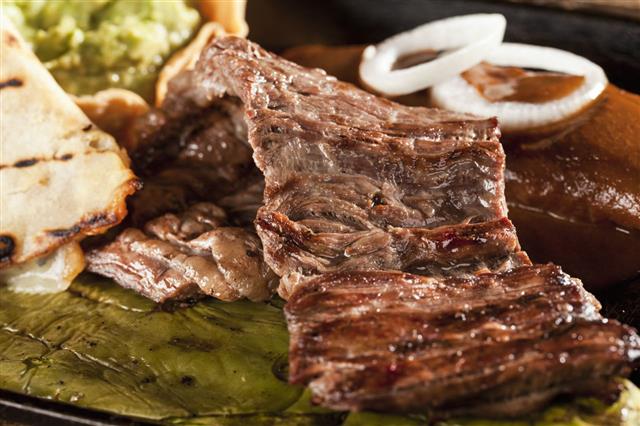 London broil is actually a way of cooking beef, in which flank steak is marinated before broiling or grilling, and cut it into thin slices. However, it is colloquially used to refer to a cut portion of meat derived from the flank of a cow. Since cutting is made along the grain, and the muscle fibers are long, this flank steak is a tough, yet flavorful meat. Hence, the raw meat cut is first prepared to get tender and juicy dish, even after cooking in high heat.

Tips on Tenderizing a London Broil

In order to broil or grill a tasty London broil, you should select only fresh cuts having some amount of fats. These fats impart flavor to the meat, which otherwise becomes very dry after grilling or cooking in high temperatures. However, too much of fats is not good for health, and see to it that the meat cut you have purchased doesn’t contain excess fats. Tenderizing a London broil is done by beating with a meat tenderizer.

The basic method for meat tenderizing involves pounding it several times to soften the tough muscle fibers. Over here, what you need to do is lightly wrap the meat cut with two waxed papers and place over a cutting broad. Or, you can simply lay one paper at the bottom of the meat and another paper on top of it. Using a wooden meat mallet, beat the London broil evenly on both sides. Remove meat from the wax papers, and work on the next step for cooking. This method is all on how to quickly tenderize a London broil.

Tenderizing a London broil is incomplete, unless you marinate it overnight in the refrigerator with flavorful ingredients. Hence, the best way to make a London broil tender is by softening it with a meat mallet and then marinating it. The choice of marinade depends on your personal preference. You can try flavorful lemon basil mixture, spicy sauce or even a simple wine vinegar concoction for the purpose. But, what actually matters is the marinating time. Here’s how to tenderize a London broil for grilling.

The basic ingredients for marinade are oil, an acidic solution and culinary herbs. For the oil, you can add olive oil or other regular vegetable oil, whereas lemon juice, wine and vinegar serve as excellent acidic ingredients. Options for culinary herbs include rosemary, garlic, onion and parsley. Also, add seasonings like dry mustard, ground pepper and ground chili to improve taste.

While working on the meat, unwrap a London broil and rinse it thoroughly under running tap water. Allow excess water to drain off from the cleaned steak. In the meantime, be ready with the marinade. Following this, sprinkle salt and ground pepper sparingly over the meat, and rub the seasoning with your fingers. With this, you are ready to marinade a London broil.

Indeed, you can make a lot of alterations in the flank steak marinade recipe to suit your taste buds. Many people prefer adding soy sauce, teriyaki sauce and Worcestershire sauce to the recipe ingredients. For marinating a London broil, add the salted meat in a resealable bag and pour marinade over it. Place this bag over a shallow pan and keep in the refrigerator for 8 hours. Remember to turn over the meat after some time.

For many, ‘how long to marinate a London broil for tenderizing it’ is a common concern. Well, the ideal time is 8 hours or more in the fridge, while turning it over frequently after every few hours. But, if you have limited time, marinating meat for 2-3 hours in the refrigerator is sufficient to tenderize this flank streak. After the stipulated time, remove meat from the resealable bag and broil it. Read more on how to broil a London broil.

Whichever method you choose for cooking it, tenderizing a London broil is a preparatory step that you should proceed with, before actually cooking this meat cut for lunch or dinner. Following this, you can cook a London broil, either by grilling or broiling. The trick to prepare the best tasting London broil after tenderizing is to cook it till medium rare and not overcook it. While serving, cut meat across the grains to make thin slices and serve with a savory sauce and baked potatoes on the side. 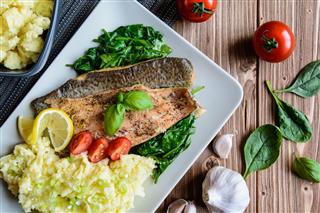 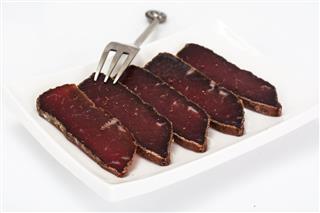