Wondering How Long You Should Cook Asparagus? We’ll Tell You

Asparagus is one of those vegetables that can be cooked in different ways. The perfect cooking time for asparagus depends on the method of cooking and how you want the vegetable to be.

Home / How To Make / Wondering How Long You Should Cook Asparagus? We’ll Tell You

Asparagus is one of those vegetables that can be cooked in different ways. The perfect cooking time for asparagus depends on the method of cooking and how you want the vegetable to be. 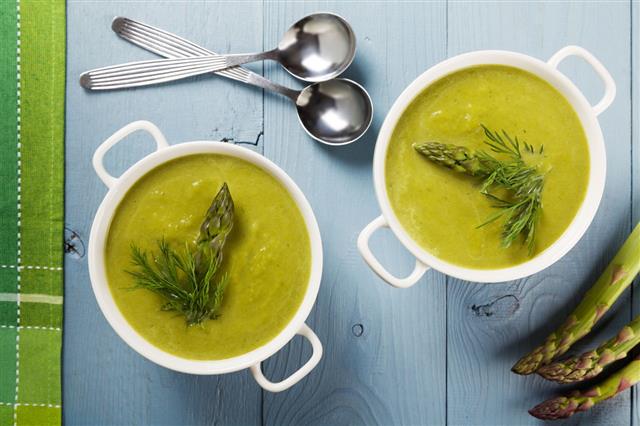 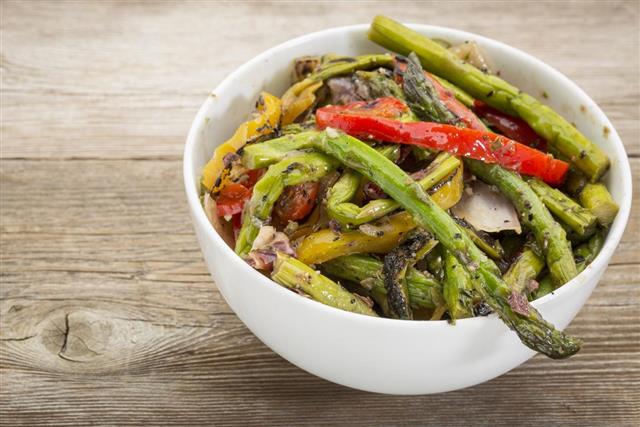 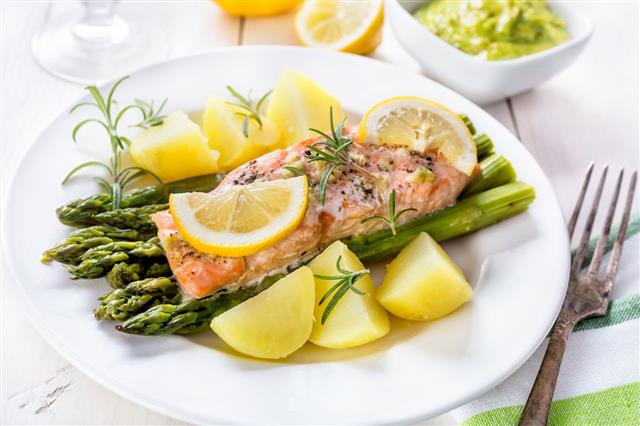 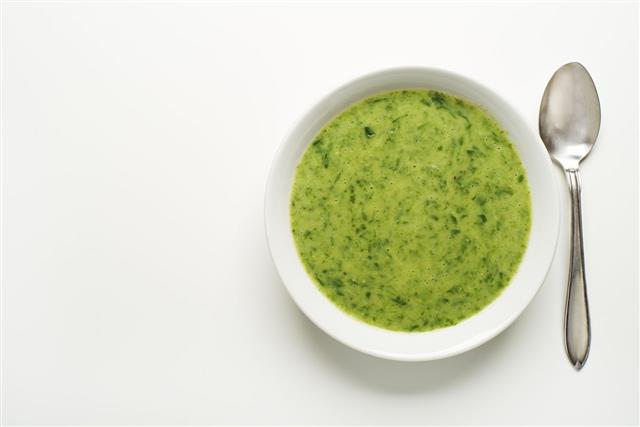 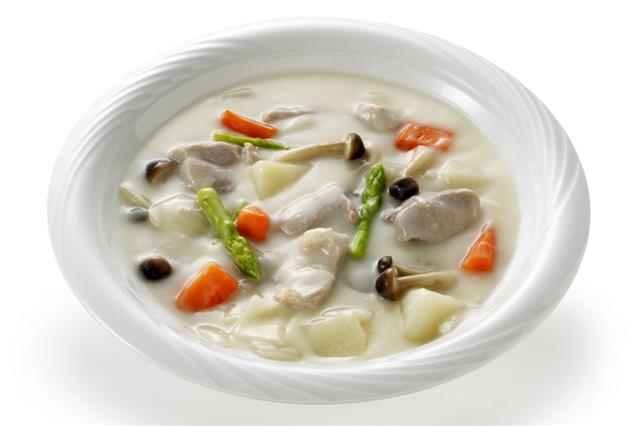 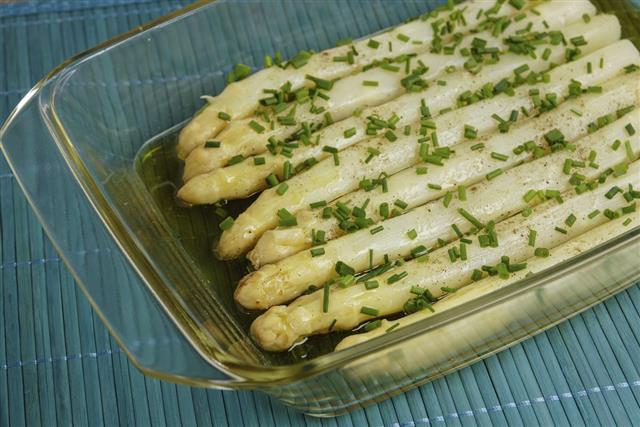 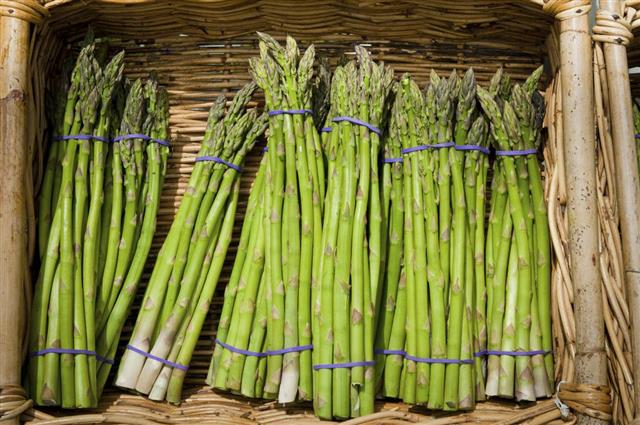 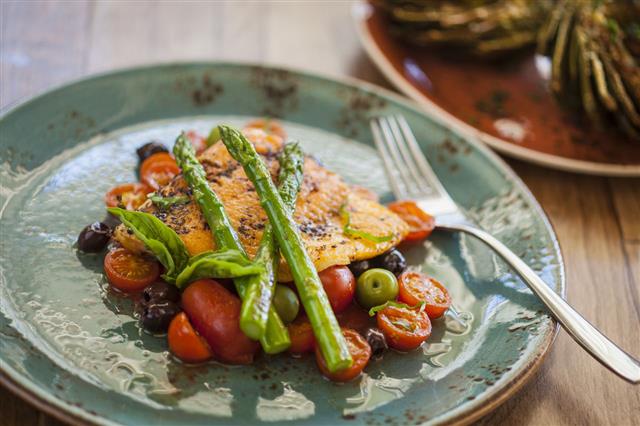 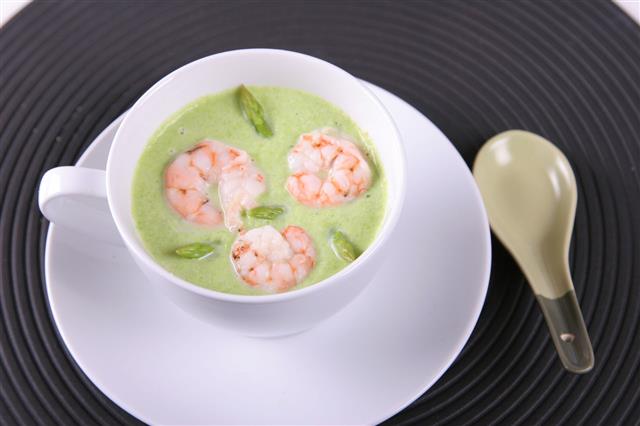 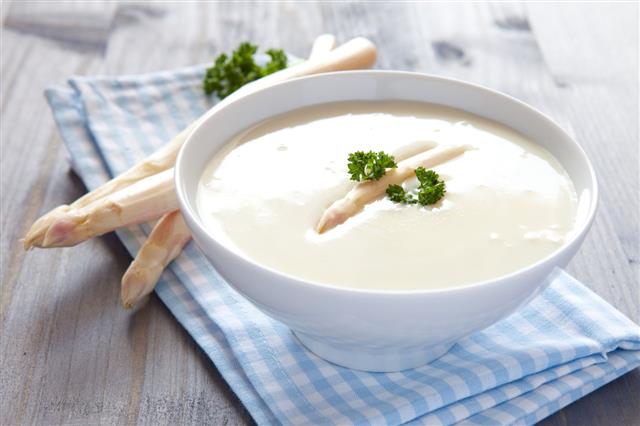 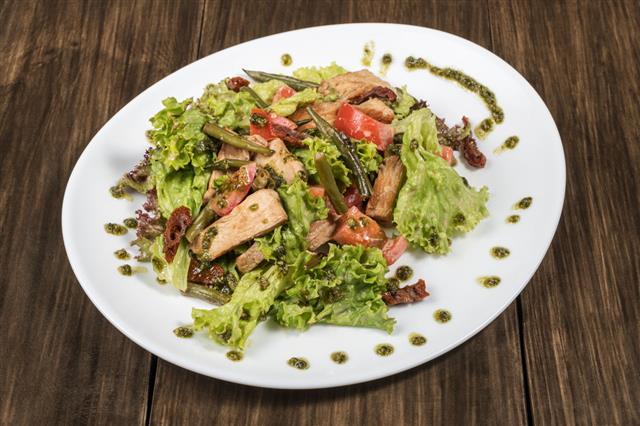 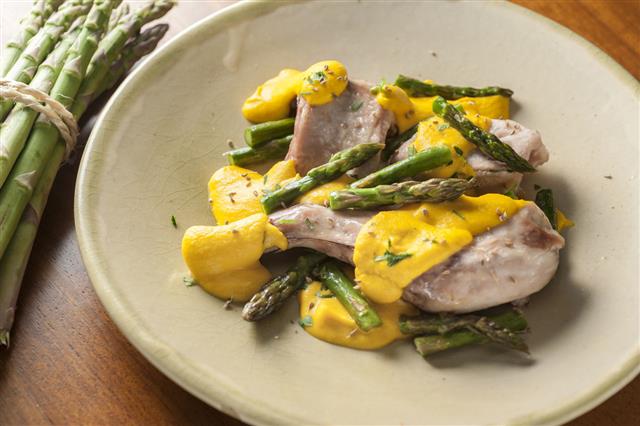 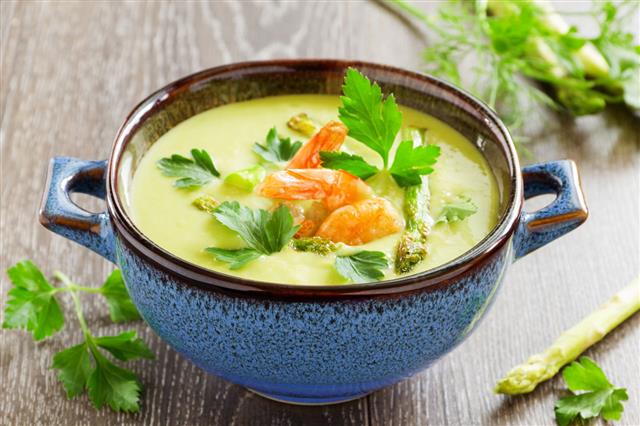 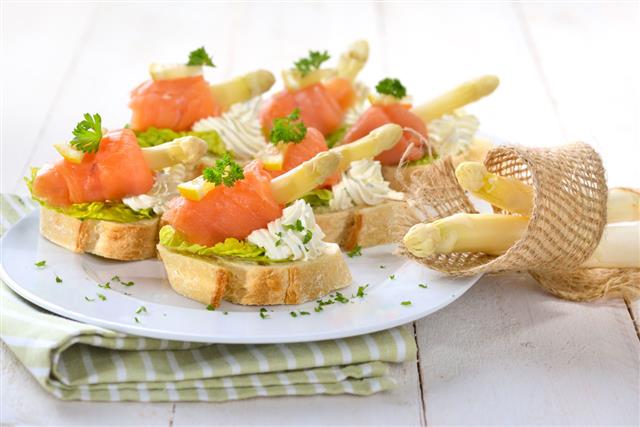 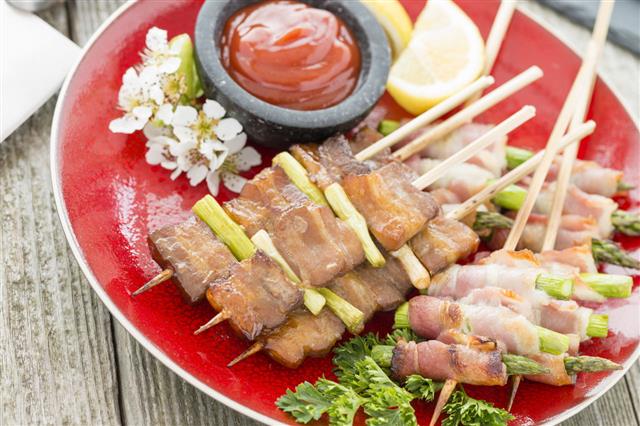 If you want to bring out the best flavor and texture in any food, you have to cook it perfectly. This is one of the golden rules of culinary arts. Mastery in culinary skills comes with practice and genuine interest. Though cooking time is something that sounds very casual, there are various factors that actually go into determining the doneness of a given food. So if you are confused about how long to cook asparagus, you can follow the tips given below.

Popular for its health benefits, asparagus is still a highly sought-after vegetable that is available in both fresh and canned forms. As in case of any other food, asparagus too needs to be cooked perfectly to bring out its delicate flavor and the desired texture. There are no set rules for cooking this vegetable, but overcooking can spoil the nutritional value and flavor. Again personal preference and the method of cooking are also vital. Asparagus can be boiled, roasted, sautéed, baked, steamed or grilled. This vegetable is also pickled, and can be added to soups, salads and pastas. Whatever may be the method and mode of cooking, how long do you cook asparagus is very important as far as its nutritional value, flavor and texture are concerned.

Immerse the stalks in boiling water and cook for around two minutes, before removing and placing them in ice water.
TIPS: Add some vinegar/lemon juice to the boiling water to retain the green color of asparagus. You can remove the stalk once they turn bright green, but ensure that they are done.

STEAMING WHOLE SPEARS: Tie them into a bunch and place upright in a steamer with about two inches of boiling water. Cook covered for around five to eight minutes over medium heat.
STEAMING CUT ASPARAGUS: Cut asparagus into two-inch pieces. Place them in a steamer basket that has to be placed in a saucepan with about two inches of boiling water. Cover and cook for three to eight minutes over medium-low heat.
TIPS: Check for doneness in between. Remove from water as and when they turn tender.

Immerse the spears in boiling water (you may also tie them into small bunches and then boil). Cook covered for three to six minutes, over low heat.
TIPS: Thicker stalks cook faster. If you have both thick and thin stalks, you may either cook them together and remove the thinner ones earlier or put the thicker ones earlier so that they cook longer.

Stir frying brings out the best flavor of this vegetable. Take a skillet and heat a tablespoon of cooking oil in it. Now, add the asparagus spears or pieces and stir constantly for about five minutes, over medium-high heat.
TIPS: You may remove the vegetable from heat, as and when they turn tender. Those who like it more crispy can wait for another couple of minutes, till the stalks get browned. Thicker stalks can be blanched before stir frying.

Preheat the oven to 450° F. Place the spears in a baking dish and sprinkle some olive oil and salt. Toss and spread them in a single layer. Place the dish in the oven and roast for 10 to 15 minutes.
TIPS: Pat dry the stalks before applying oil and salt. Take out the dish and toss the asparagus spears occasionally. This will be beneficial for even browning and cooking. You must also check the doneness in between, especially after ten minutes of roasting.

Spread the asparagus spears on a tray and sprinkle some oil and salt on them. Toss them for a few seconds, before placing on the grill. The grill has to be preheated (medium heat will do). It will take around five to seven minutes for the vegetable to be grilled perfectly.
TIPS: Make sure to leave some gap between the spears, while grilling. Occasional tossing is good for even cooking. You may also use skewers that will make the task easier.

Place the spears in a microwave-safe dish that is at least two inches deep. Add two tablespoons of water and cover the dish with a plastic wrap. Make a small hole in the wrap for the steam to escape. Microwave the asparagus on high for around two minutes.
TIPS: Uncut asparagus may require more than two minutes to get cooked. It will be better to check the doneness after two minutes and cook further, if required.

In short, cooking asparagus is not that difficult, if you know the right methods and the perfect cooking time. However, there are certain factors that may affect the cooking time for this vegetable. They are the size, freshness, method of cooking and personal preferences. So it is not easy to provide an accurate time period for cooking a food item. These are only rough estimates and it is always best to come up with your own findings. So experiment with the different methods of cooking asparagus. Ensure that the vegetable is not undercooked. Even overcooking will negatively affect the nutritional value as well as the texture and flavor. 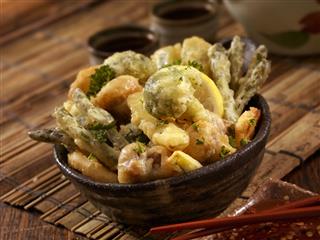 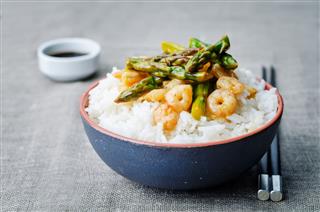 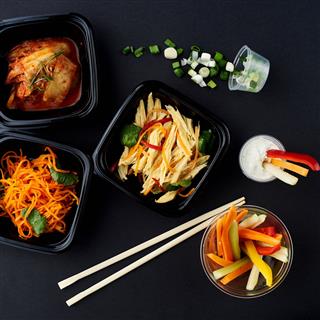 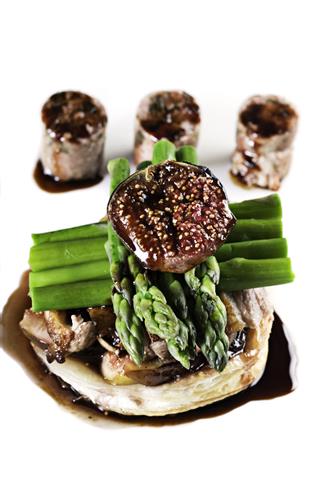 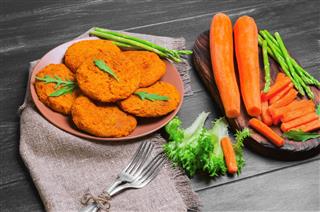 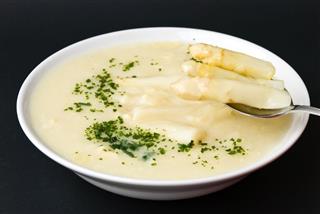 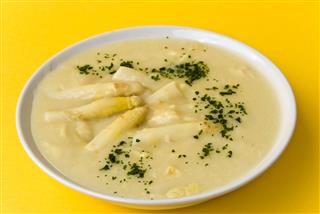 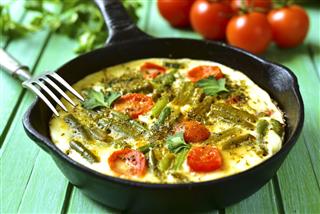 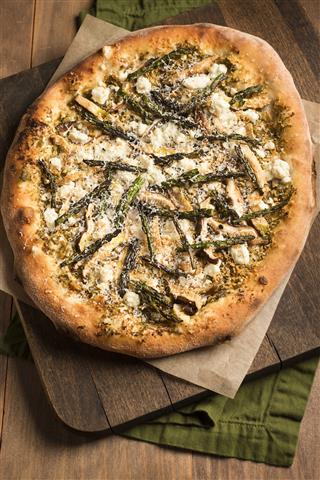