Get to Know About the History of Skittles Candy

Are you as crazy about Skittles as we are? Just can't get enough of them? Join us as we unfold the flavorful history of Skittles candy.

Are you as crazy about Skittles as we are? Just can’t get enough of them? Join us as we unfold the flavorful history of Skittles candy. 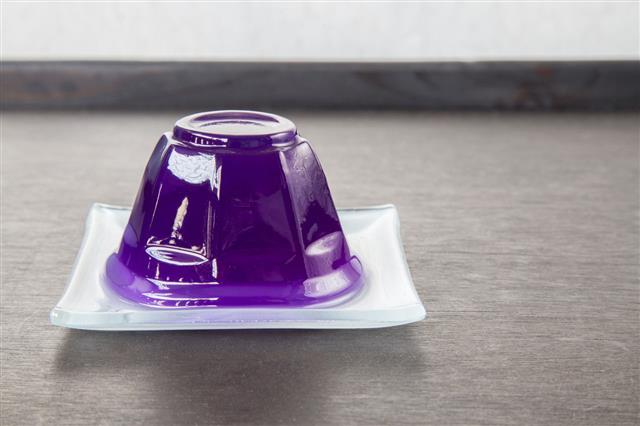 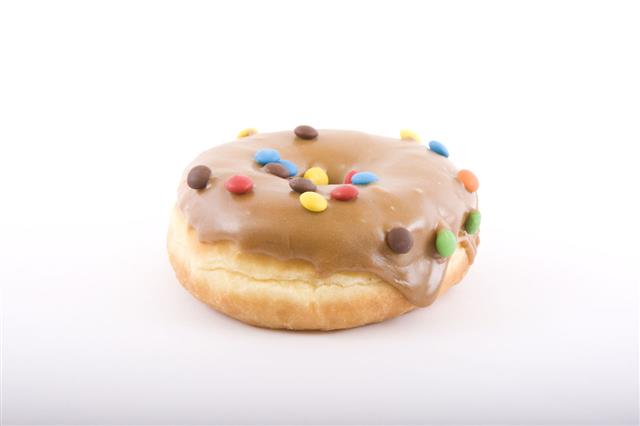 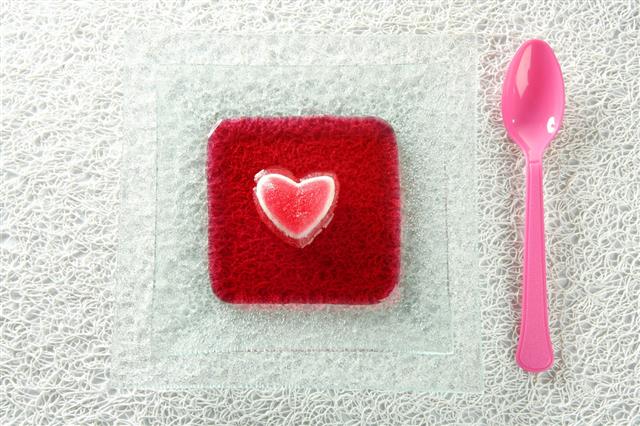 If you love candy as much as we do, there will probably be a packet of Skittles tucked away in your pocket! These fruity brightly colored little pebbles are simply a mouthful of happiness. These sugary, slightly tangy little beads of joy are vibrant not only to look at but to taste as well. There’s no wonder why a mouthful of these is a cure to all your troubles. Someday, sit with a whole packet of Skittles to yourself, and you’re sure to be transported back to your childhood days.

Skittles are probably the most popular fruit-flavored candy. Over 200 hundred million of this candy is produced daily! From tropical fruits to chocolates, there’s something for everyone. They’re quite similar to M&Ms to look at, with a letter “s” inscribed on them. These little treats contain a variety of ingredients like fruit juice, citric acid, artificial flavors, etc. Here is a list of ingredients in Skittles candy.

In just 40 years after its creations, this candy has surpassed its competition and emerged as one of America’s favorite candies. Let’s take a look at the celebrated history of this candy.

● Skittles were first manufactured in the U.K., in the year 1974. It took five long years for the Americans to get a taste of this candy.

● The production of this candy in the U.S. began in the year 1982. Production from the U.K. was shifted to Czechoslovakia (present-day Czech Rep.), the same year. Currently, this candy is being produced by William Wrigley Jr. Company, a division of Mars, Inc.

● In the year 1988, the color of the trademark letter “s” was changed from dark violet to white.

● In the year 1994, Skittles got its famous slogan “taste the rainbow”, by the New York-based ad agency D’Arcy Masius Benton & Bowles Circa. We believe that the story of the inventor of this candy, Mr. Skittle wanting to make a candy that tasted like the rainbow is a result of this campaign.

● In 2009, with a view to promote Skittles on social media, Mars, Inc. scrapped its homepage and placed a collage of content about the candy from various networking sites. Although Mars, Inc., faced some backlash for this; this trick may have actually worked. Today, Skittles is one of the most “liked” brands on Facebook with over 25 million followers!

● In 2010, its logo was redesigned by the London based designer, Miles Newlyn along with the Dragon Rouge group.

In these forty one years, Skittles has come up with various flavors to tantalize your taste buds. Let’s take a look at this colorful trip down memory lane!

Journey of Skittles Flavors So Far…

● Skittles introduced its classic flavors of grapes, lemon, lime, and orange; the world was never the same after this!

Skittles came up with three products.

● With Skittle Wild Berry, Skittles tried to satisfy all the berry fanatics out there and included flavors like berry punch, melon berry, wild cherry, and raspberry.

● For all those who love a little kick, it came up with Tart-N-Tangy Skittles quite similar to Sour Skittles, but was discontinued in 1992.

● The new millennium brought a lot of happiness to all ardent fans of Tart-N-Tangy with the introduction of Sour Skittles in America, which included flavors like sour grape, sour lime, sour strawberry, sour orange, and green apple.

● A minty variant of Skittles, called Mint Skittles, were also introduced this year. They included flavors like spearmint and wintergreen.

● This year the classic lime flavor was replaced by green apple but only temporarily.

● Skittles tried to imbibe the sweet spicy taste of liquorice with its own twist by introducing some interesting flavors like black liquorice, liquorice aniseed, liquorice spice, liquorice mint, and liquorice vanilla in the European market.

● This year Skittles came with Skittles Mints, these contained flavors like coolmint, spearmint, toffemint , buttermint, and peppermint, this product was discontinued soon after. A later variant of this candy, Extra Chewy Mints Skittles was used to revive its older version. This variant contained all flavors like coolmint, peppermint, spearmint, and buttermint. Toffemint was however replaced by sweetmint.

● This year, we saw yet another variant of Skittles with exciting combination of flavors like lemon berry, peach pear, mixed berry, orange mango, and strawberry banana.

This year Skittles released two of its most exciting products.

● There is nothing that can’t be made better with ice cream! No wonder they combined the two, to create the most comforting food known to man; you guessed it right, we’re talking about the limited edition Ice Cream Skittles. This included flavors like caramel ripple, vanilla swirl, chocolate, orange, strawberry, and vanilla.

● Skittles relaunched Carnival Skittles for all those who were left craving for more (all of us) with the yet another limited edition, Skittles unlimited (the irony!). It contained some deliciously sinful flavors like jam doughnut, popcorn, bubblegum, and toffee apple.

● Carnival Skittles was released Down Under and was named Showtime Skittles and included exciting flavors like fairyfloss and jam doughnut.

● This year, Skittles brought tears of joy to every chocolate lover in America when Skittles combined chocolate and Skittles to create Chocolate Mix Skittles for the first time! These came up with flavors like chocolate caramel, brownie batter, chocolate pudding, S’mores, and vanilla.

● Another version of Sour Skittles, called Double Sours, was released. With flavors like sour green apple, sour lemon, sour blue raspberry, sour strawberry, and sour watermelon along with an extra dose of sourness, these candies were sure to make the hair at the back of your neck stand up!

● Addressing America’s love for chocolate, they decided to add a bit more of chocolaty goodness to our world and introduced Chocolate Skittles with flavors like hot chocolate, milk chocolate, mocha chocolate, nutty chocolate, and wild chocolate.

● Yet another combination flavored version was released by Skittles, but with a twist of hot and cool flavors like chili berry, cool raspberry, juicy orange, lemon tingle, and sour apple. This product was called Skittle Sensation.

● If these weren’t enough, Skittles upped the element of surprise with their product Crazy Cores. These candies had different shells and cores, so you’d begin with one flavor and then slowly be transitioned into another flavor. These included a combination of flavors like cherry lemonade, mango peach, melon berry, and strawberry and watermelon.

● Somewhere around this year, Skittles embarked on a citrus journey, with its Citrus Skittles edition. It contained some standard orangy-lemony flavors like lime, orange, and lemon as well as some exotic flavors like pink grapefruit and mandarin. This edition of Skittles was only introduced in Australia.

● Skittles decided to take its flavors to yet another level by coating the candy with fizzy powder. The combination of sweet-tangy fruit with the pop of fizzy powder were a match made in heaven! This was basically a fizzy version of the classic Wild Berry, and was named Fizzl’d Fruits.

● This year, Crazy Cores made their way into the U.K. market, but was replaced with Skittles Confuse in 2013.

● People from New Zealand and Australia finally got to taste Fizzl’d Fruits for the very first time after it was finally introduced there.

● Skittles Riddles were introduced in America this year, this version had its flavors and colors all mixed up kind of like a Skittles roulette. It included flavors like watermelon, cherry, punch, apple, and raspberry. This product was marketed as Confused Skittles in the U.K., this product was, however, discontinued in 2014.

● After conducting a poll, Skittles decided to permanently replace the classic lime flavor from the Skittles Originals to green apple in America (broke a few hearts in the process). Lime was then shifted to the Darkside edition.

● Skittles tried to allure you to the darkside with the enticingly bold fruit flavors like pomegranate, forbidden fruit, midnight lime, dark berry, and blood orange. They called this edition, Skittles Darkside.

● This year Skittles Desserts was introduced to Canada.

● The Brits could finally tingle their tongues with Fizzl’d Fruits after it was introduced there.

● The classic lime flavor was replaced by green apples in Skittles Originals in Australia, China, South Korea and Taiwan.

● A special edition Skittles, called Seattle Mix Skittles, were produced in honor of the Seattle Seahawks player, Marshawn Lynch. It included some extreme fruity flavors like raspberry and melon berry in the team’s icon colors. These candies were only available with certain Skittles covered auction items. This auction was open from January 29th to February 1st.

● Towards the end of the year, Skittles introduced yet another edition called Orchards Skittles. With flavors like red apple, cherry, lime, orange and peach, it surely brought the taste of the orchards with you wherever you go!

So there you have it! All that we could dig up on Skittles candy is here. Hope that the next time you have Skittles you think a teeny bit about this article. 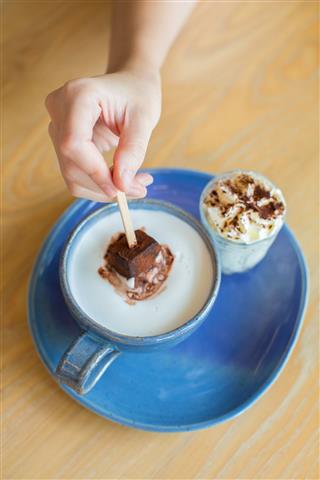 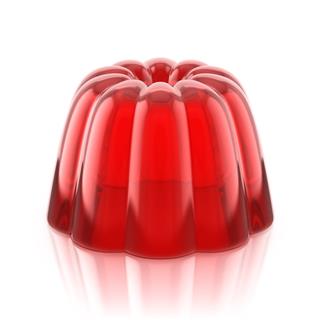 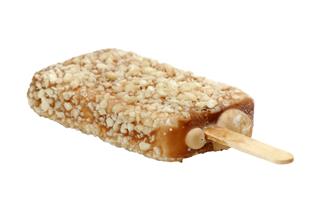 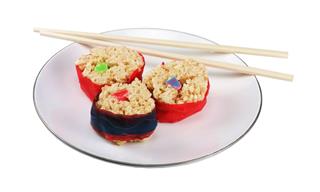 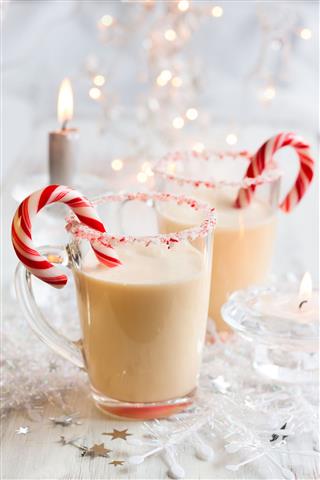 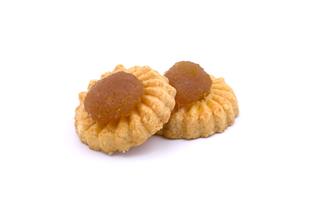 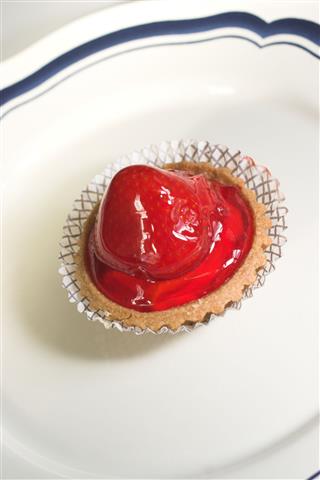