Cumin is a spice that is essential for flavoring spicy curries. Here, we will discuss the difference between cumin seeds and ground cumin.

Cumin is a spice that is essential for flavoring spicy curries. Here, we will discuss the difference between cumin seeds and ground cumin.

As we all know, cumin is an essential ingredient in Southeast Asian cooking, particularly Indian cuisine. A spicy curry, or a bowl of Mexican chili, will never taste as mouth-watering without this aromatic spice. It is the dried seed of a flowering plant that flowers annually, and belongs to the parsley family. It is highly aromatic, and has a slightly bitter taste with a nutty flavor. It comes in three colors, black, amber, and white, with black being the most widely used. This food additive is also used for imparting a distinct, complex flavor to certain high-end gourmet cheeses. Some recipes call for ground cumin, prepared from cumin seeds.

Cumin, being quite a powerful spice, should be used sparingly in dishes, as too much of it can overpower the entire dish. It should be stored in airtight containers, and placed in a cool dry place like your pantry, away from sunlight. The seeds have a striped pattern, and are boat-shaped, with tapering ends. They are rather sharp, pungent, and slightly bitter to taste. They can be stored for 6-8 weeks, and can also be used whole for tempering lentil dishes, or for flavoring soups and stews.

Ground cumin can be brought in most stores, but it is best to ground some of your own from the seeds. Powdered cumin has a very intense, nutty flavor, and even a small amount goes a long way. This too should be stored in airtight bottles, away from heat and sunlight. However, it does not store as well as the seeds. After 6 weeks, it begins to lose its flavor and aroma, and thus becomes quite useless as a spice.

How To Temper Recipes With Cumin

The best way to use whole cumin seeds is to dry roast them in a pan to bring out the unique taste and aroma. This will help in releasing the oils, and thus intensify the flavor.

One of the advantages of ground cumin is that even a bit of it is enough for a dish. It is a good idea to grind your own powder from cumin seeds. Here’s the procedure.

Some of the health benefits of cumin are its abilities to improve digestion and prevent flatulence. In addition to this, it can help to cure stomach ache and heartburn. Its oil acts as a sedative for curing insomnia. Thus, there are many benefits of consuming cumin, besides its culinary uses. Whether you use whole cumin seeds or ground cumin, this spice has the ability to enhance the flavor of your dish. 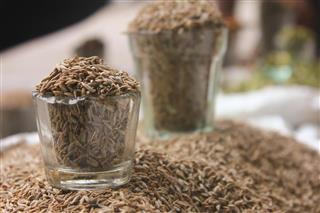 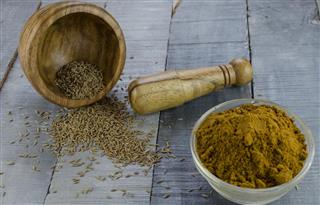 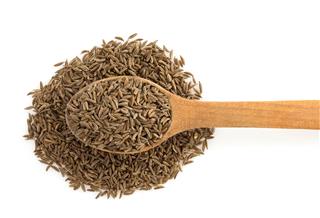 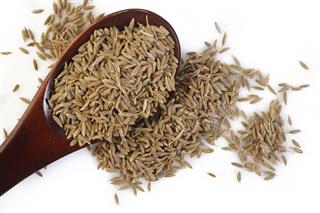 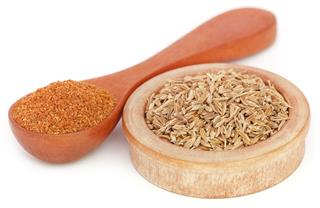 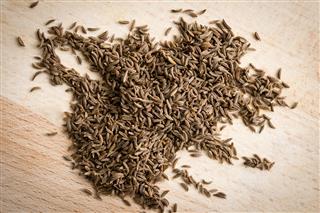