Chinese food is popular all over the world, from big hotels and cities to even the small town corners, Chinese food has a presence everywhere! You can credit the ancient Chinese food culture for presenting to the world, a cuisine that is full of flavor, aroma, and color along with all the wisdom of cooking methods acquired over a long period of time that goes back to about 5000 years!

Chinese food is popular all over the world, from big hotels and cities to even the small town corners, Chinese food has a presence everywhere! You can credit the ancient Chinese food culture for presenting to the world, a cuisine that is full of flavor, aroma, and color along with all the wisdom of cooking methods acquired over a long period of time that goes back to about 5000 years! 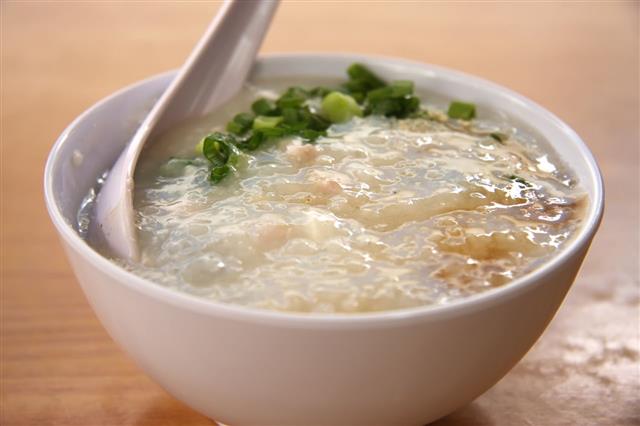 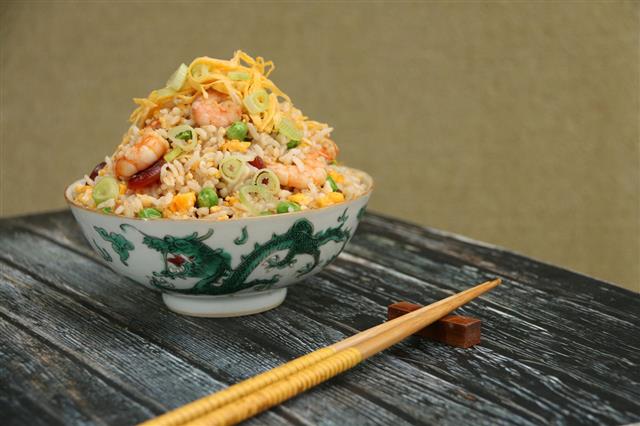 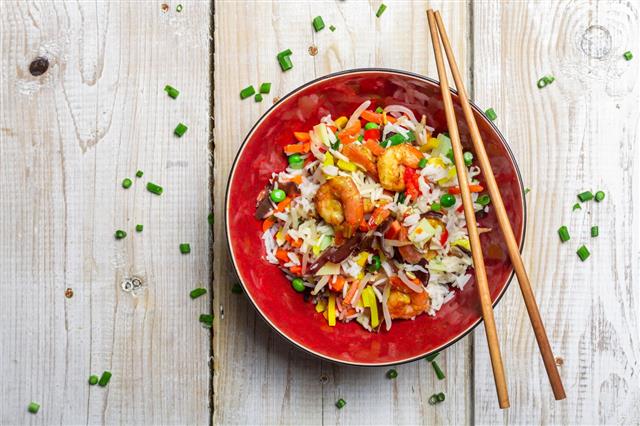 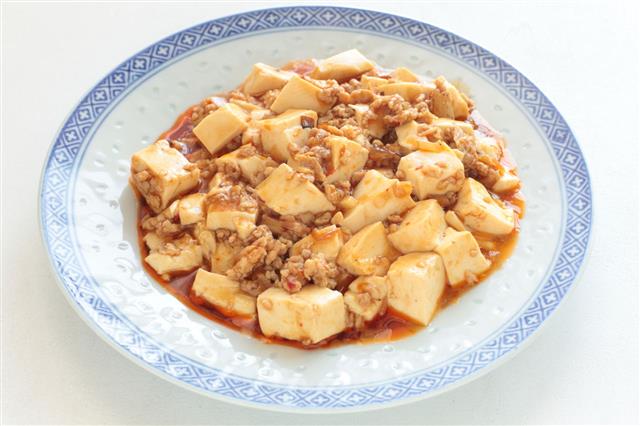 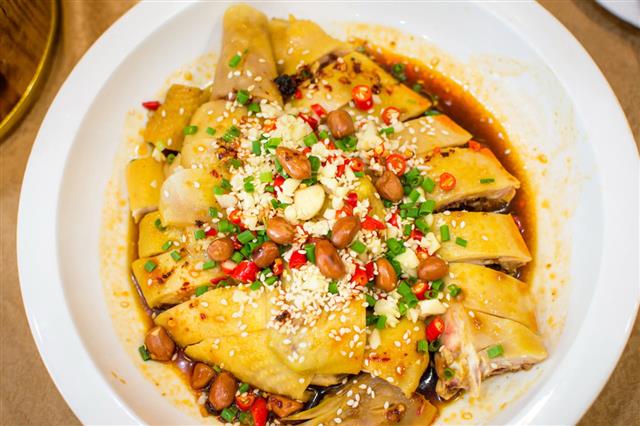 Lao Tzu, the Chinese philosopher who lived in the 6th century BC and is considered the founder of Taoism, said, ‘Governing a great nation is much like cooking a small fish’. What he meant was, in order to govern successfully, one required just the right adjustments and seasonings. This metaphorical allusion to food illustrates quite clearly how important getting the right combination has always been in Chinese cuisine.

Food has always been an important aspect of Chinese culture and its delightful culinary history dates back to about 5000 years. It has evolved with its flavor and cooking methods ever since. And over this vast period of time, the Chinese have developed and mastered a complex system of preparing food, such as identifying ingredients that make compatible combinations; making use of cooking techniques that are multi-phased such as first steaming and then deep-frying or stir frying, then boiling; and administering multi-phased flavoring like marinating between the stages of roasting, or after steaming, or before stir frying. Chinese culture has always considered food as an art, and emphasis has always been laid on the culinary techniques, preparation, serving and appreciation of food.

Agriculture has played an important role in China’s history. The political, economical, social and ideological developments in China revolve around and are influenced by agricultural practices in the ancient period, subsequently, agricultural produce became the staple of the ancient Chinese.

Archaeological findings indicate that rice was the first grain cultivated in China, at least 3000 to 4000 years ago. The earliest records of rice plantings in China (and the world), seeds of long-grained, non-glutinous rice were discovered from the Neolithic ruins at Hemudu in Yuyao, Zhejiang Province in the 1970s. Hence, the traditional Chinese culture is also referred to as the ‘rice culture’. Inscriptions on the bronze vessels used as rice containers during the western Zhou Dynasty (1100 BC To 771 BC) show that rice had become extremely important during that time. With the growing developments in agriculture, rice cultivation started affecting Chinese economy positively, and it started gaining a revered position in the form of daily diet, sacrifice to gods, brewing it into wine and preparing different rice dishes that went on to become traditional dishes at Chinese festivities. Poor people could not afford meat and fruits. It was only during occasions that they managed to have meat on their rice.

Tea is said to be growing in China from as early as 3000 BC, or even before. People in China had started brewing tea since such an early period, that it is referred to as it traditional beverage.

Wheat was not a native grain of China. It was around 1500 BC, during the Shang Dynasty, that people in China first ate wheat. It was brought from West Asia. Wheat was boiled like millet to make the cream of wheat.

Orange, lemon, peach and apricot were available in abundance and hence find mention in ancient Chinese food history. Anise and ginger are also native to China.

People in China first started eating domesticated chicken around 5500 BC, which originally came from Thailand. Between 4000 and 3000 BC, pork made way as a delicacy. Sheep and cattle, came from West Asia during 4000 BC. Since meat was expensive, it could not be afforded by the poor. Buddhists did not eat meat. Hence, as a source of protein, people started using tofu and bean-curd around 1000 AD in the reign of the Sung Dynasty.

These two food products became popular during the Han Dynasty. Millet wine gained popularity over tea during this time. Around 100 AD, people began to make long noodles out of wheat and rice.

As recorded by Marco Polo, in his writings, people in China started eating porridge made out of boiled millet in milk during the time of Kublai Khan, around 1200 AD.

Dating back to the 7th century BC, ancient Chinese food can be divided roughly into the Northern and the Southern style of cooking. Generally, Northern Chinese dishes tend to be oily, although they are not cloyingly so, and garlic and vinegar flavoring are more pronounced. Northern Chinese food also includes a lot of pasta; some of the favorite flour-based treats being steamed bread; fried meat dumplings; steamed stuffed buns; dumplings resembling ravioli; and noodles. The best known cooking styles of Northern Chinese food are perhaps the methods used in Shantung, Tientsin, and Peking. The Chinese wish for satiation and plenitude is symbolized by an elaborately made stuffed chicken.

Some of the distinguishing Southern styles of cooking are Hunan and Szechuan cuisine which are well-known for the liberal utilization of chili peppers; the Chekiang and Kiangsu styles of cooking with their emphasis on tenderness and freshness; and Cantonese cuisine which has a tendency of being a little sweet and includes a lot of variety. Rice as well as rice products like rice cake, rice congee, and rice noodles usually accompany Southern main dishes.

Carefully imbibing Confucianism and Taoism, the Chinese always laid a lot of emphasis on satisfying the olfactory, visual, as well as the gustatory senses, which they do by giving equal importance to incorporating aroma, color, and flavor. They usually have a combination of 3-5 colors, which are chosen from ingredients that are caramel, black, white, yellow, red, dark green, and green in color. Typically, a vegetable and meat dish is cooked using one principle ingredient and then including 2-3 ingredients of secondary importance which have contrasting colors. It is then prepared according to ancient methods of cooking, adding sauces and seasonings, resulting in an aesthetic dish full of aroma, color and flavor.

One of the most important aspects of cooking any dish was to preserve the natural, fresh flavor, and remove all unwanted game or fish odors, which ginger and scallion served to do. Ingredients like vinegar, sugar, and soy sauce were used to enhance the richness of a dish without smothering the natural flavors.

Food is not only what we eat, but also how we make it and eat it. There have been two major belief systems that influenced the lives of ordinary citizens in more ways than one, even affecting the way food ingredients were used and how people cooked and served their food. This influence can be seen even today.

Confucius emphasized the importance of enjoyment and harmony in the food culture. He believed that the art of cooking was more than just food, and espoused certain combination of tastes and textures and introduced culinary etiquette, use of color and aroma in enhancing the presentation of a dish while also maintaining the integrity of individual food items. A widely followed etiquette was having no knives on the table, whose need could be eliminated by preparing food in small bite-sized pieces. Another widely followed etiquette was sharing food with friends and family which was considered to contribute towards peace and harmony in society. These beliefs and etiquette are widely followed even to this day.

Taoism laid greater stress on the nutritional and medicinal value of different plants, fungus, herbs, vegetables, seeds and roots. It emphasized on the need to study the various medicinal properties that different foods render, and prepare dishes accordingly. This gave way to an enriching Chinese cuisine that is low-calorie and low-fat. Poly-unsaturated oils were and are used for cooking, while milk, cream, butter and cheese are avoided.

In ancient Chinese cooking, a well made dish would be hot and spicy for those with a penchant for piquancy; sweetish for people with a predilection towards sweet flavor; for those with a preference for blander tasting food it would not be over-spiced; and for those who revel in strong flavors it would be rich. The Chinese were of the opinion that if a dish comprised all these features and satisfied all these tastes, it was indeed a successful piece of art! 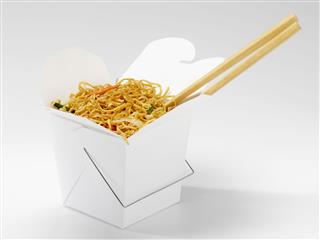 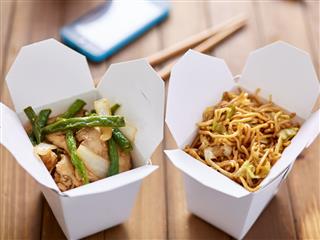 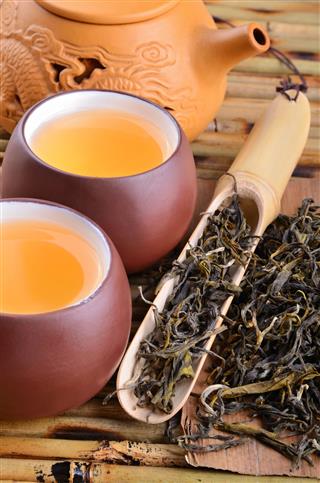 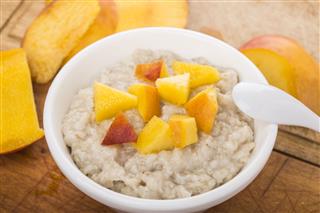 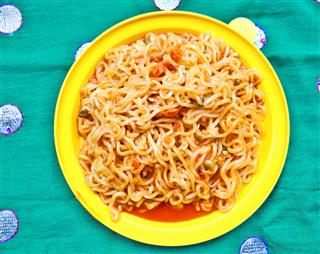 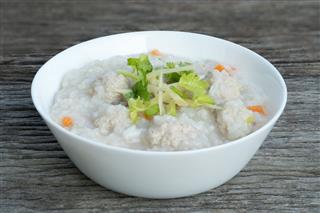